The latest updates on the coronavirus pandemic from Thursday, April 29, 2021. 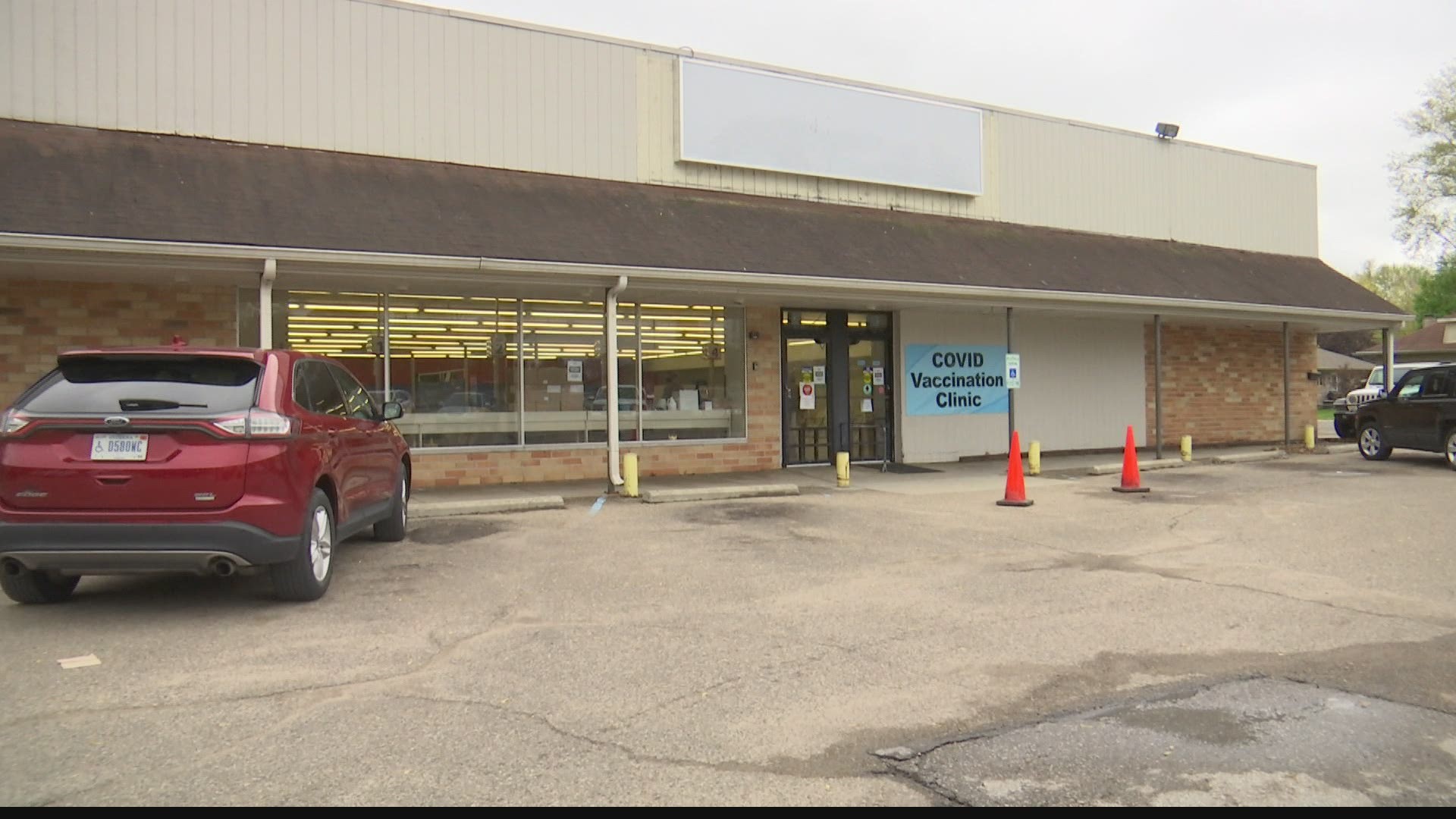 INDIANAPOLIS — Here are Thursday's latest updates on the coronavirus pandemic, including the latest news on COVID-19 vaccinations and testing in Indiana. Registrations for the vaccine are now open for select groups through the Indiana State Department of Health. This story will be updated over the course of the day with more news on the COVID-19 pandemic.

Franklin College announced it plans to hold the 2021 commencement ceremony outside in Stewart "Red" Faught Stadium to allow guests to attend while still following distancing protocols.

The ceremony will be May 22 at 10 a.m. Graduates are allowed to have six guests each. Tickets are required to attend, and masks must be worn.

If weather does not permit an outdoor ceremony, commencement will be inside the Spurlock Center. If the ceremony happens inside, guests will not be permitted.

There ceremony, whether outdoors or indoors, will be livestreamed online.

The Indiana State Department of Health reported 41,920 more people have been fully vaccinated for COVID-19, bringing the state's total to 1,840,696 people who have received the single shot Johnson & Johnson vaccine or both doses of either the Pfizer or Moderna vaccines. Breaking down today's total, the state dashboard shows 144,197 people have been given the Johnson & Johnson shot, with 1,696,499 receiving both Pfizer or Moderna shots.

Butler University will host seven separate commencement ceremonies May 8-9. The university said the plan will allow for social distancing and more guests to attend the ceremonies at Hinkle Fieldhouse.

The seven ceremonies will be for each of its six colleges, plus an additional ceremony for the Class of 2020. Butler was unable to host a commencement ceremony in 2020 due to the pandemic.

There are 1,235 students graduating from Butler University in the Class of 2021.

Each graduate will be allowed to invite two guests to attend the ceremony and they will be seated in pods with at least six feet of distance between them and other guests.

Report: Cruises could restart this summer under CDC guidance

People hoping to, once again, take a cruise ship vacation might be able to as early as mid-July, according to USA Today.

The outlet, citing a letter from the Centers for Disease Control and Prevention to the cruise industry, reports spokesperson Caitlin Shockey said cruising could resume depending on cruise companies' compliance with the agency's Framework for Conditional Sailing Order.

Miami Herald reporter Taylor Dolven tweeted a portion of the letter, which mentions a ship could bypass a simulated test voyage with a crew and port workers and sail with paying passengers if 98 percent of its crew and 95 percent of passengers are vaccinated.

Highlights:
*Companies can skip test cruises if a ship proves 98% of crew & 95% of pax are vaccinated
*Vaccinated crew & pax won't need PCR tests, antigen will do

What does this mean for Miami? Stay tuned. pic.twitter.com/GTkJ60YbS2

There would remain testing and quarantine for passengers and crew, as well, the USA Today reports.

It remains a question -- and debate -- as to whether so-called vaccine passports would verify that information. In Florida, Gov. Ron DeSantis signed an executive order to ban anything that forces people to prove they've been immunized. Florida lawmakers are working to make his order permanent with SB 2006.

The country's cruise industry has been shut down since March 2020. The CDC has indicated that the order would remain in place until Nov. 1, 2021.

India has set another global record in new virus cases, as millions of people in one state cast votes despite rising infections. With 379,257 new infections, India now has reported more than 18.3 million cases, second only to the United States.

Daily deaths have nearly tripled in the past three weeks, reflecting the intensity of the latest surge. And the country’s already teetering health system is under immense strain, prompting allies to send help.

Worldwide, there have been more than 149.6 million confirmed cases with more than 3.1 million deaths and 86.8 million recoveries.