11Alive confirmed the camp is the YMCA-run Camp High Harbor in Rabun County, which was shut in June. 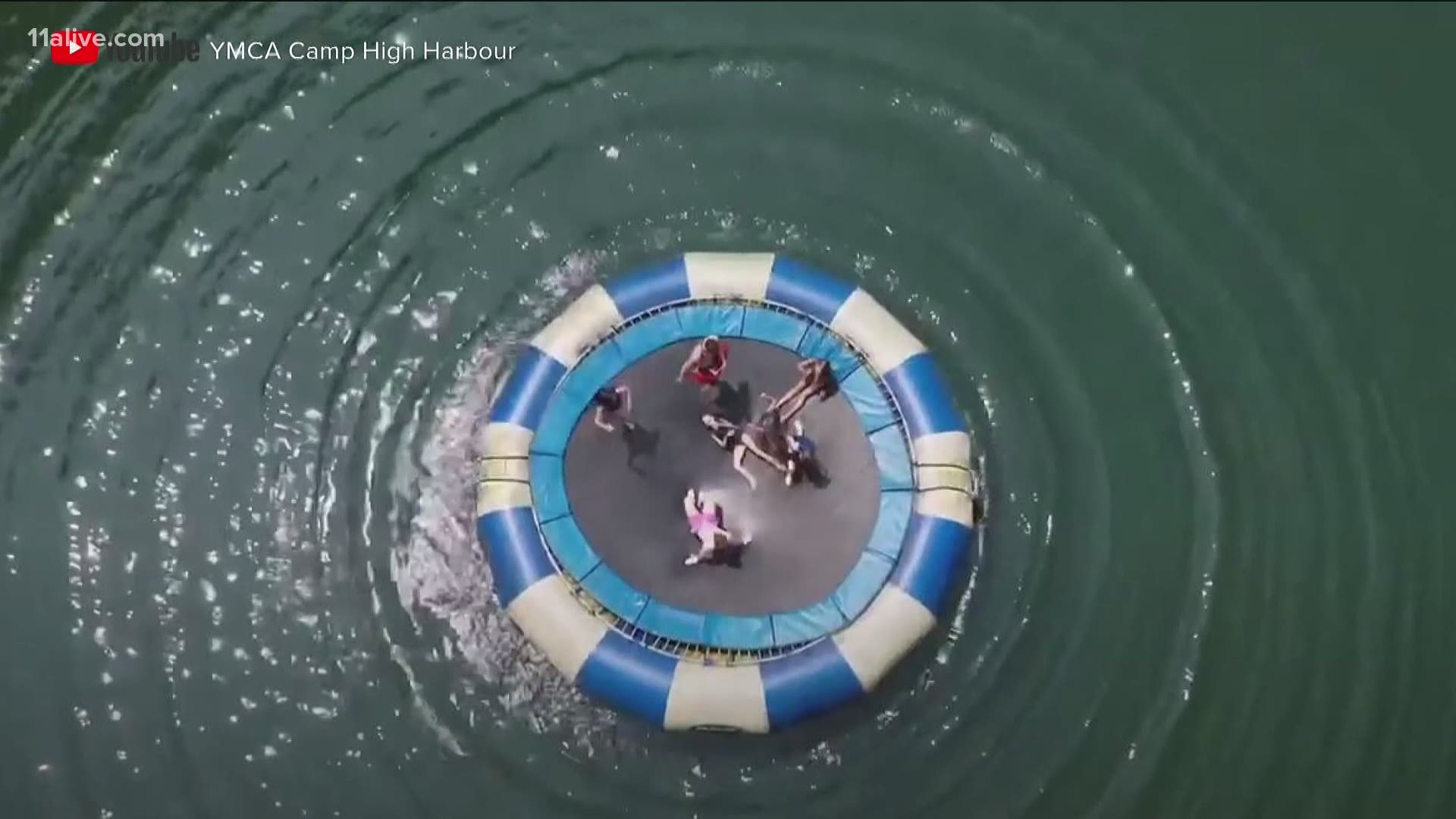 ATLANTA — A CDC report released on Friday details how more than 200 campers and staff were infected with COVID-19.

11Alive confirmed the camp was the YMCA-run Camp High Harbor in Rabun County. The camp was shut down in June.

The report states that there were 344 testing results available from the camp, meaning the positive percentage of those with results was 76 percent.

It is unclear how many of the cases, if any, progressed toward requiring hospitalization or other more serious forms of care.

The tests were conducted between June 17 and 27.

According to the report, the camp followed guidelines issued in Gov. Brian Kemp's executive order for reopening summer camps, including requiring campers and staff to provide a negative test within 12 days of arriving.

The camp "adopted most components of CDC’s Suggestions for Youth and Summer Camps to minimize the risk" for Covid-19, the report states.

"Measures not implemented were cloth masks for campers and opening windows and doors for increased ventilation in buildings," it adds. "Cloth masks were required for staff members. Camp attendees were cohorted by cabin and engaged in a variety of indoor and outdoor activities, including daily vigorous singing and cheering."

The report "adds to the body of evidence demonstrating that children of all ages are susceptible to (Covid-19) infection and, contrary to early reports, might play an important role in transmission," it states.

"The multiple measures adopted by the camp were not sufficient to prevent an outbreak in the context of substantial community transmission," it adds. "Relatively large cohorts sleeping in the same cabin and engaging in regular singing and cheering likely contributed to transmission. Use of cloth masks, which has been shown to reduce the risk for infection, was not universal."

11Alive contacted the YMCA of Metro Atlanta, which operates Camp High Harbor, for a comment. The full statement is below:

In preparing for Camp High Harbour, we made every effort to adhere to best practices outlined by the Centers for Disease Control (CDC) and the American Camp Association. Additionally, we followed guidelines set forth by the Executive Order from the State of Georgia.

Attending Camp High Harbour is a tradition numerous generations of Y families look forward to every summer. Many of these individuals reached out to the Y to express their desire for us to open our resident camps in an effort to create normalcy in their children’s lives due to the detrimental impact of COVID-19. This weighed heavily in our decision to open, a decision in retrospect we now regret.

After learning on June 24 that a counselor tested positive for COVID-19, we immediately closed both of our resident camp locations and the counselor was sent home. It should be noted that the counselor also passed the mandated safety protocols, inclusive of providing a negative COVID-19 test, and did not exhibit any symptoms upon arrival. In fact, all counselors and campers attending passed all mandatory screenings.

At that time, parents were promptly notified of the opportunity to pick up their children. We also began working closely with the Georgia Department of Public Health and CDC to provide information pertaining to camp, so they would have a better understanding of the effects COVID-19 has on children.

It’s never a pleasant situation when someone tests positive for COVID-19 but we are thankful for the support and understanding of campers, parents and staff during this situation.

Additionally, the organization noted that as soon as it is made aware of a positive test, it immediately communicates them to those who are potentially impacted, including camp families, staff and members.