Kevin Byron was diagnosed with COVID-19 at the end of March. He spent most of April in the hospital, including two weeks on a ventilator. 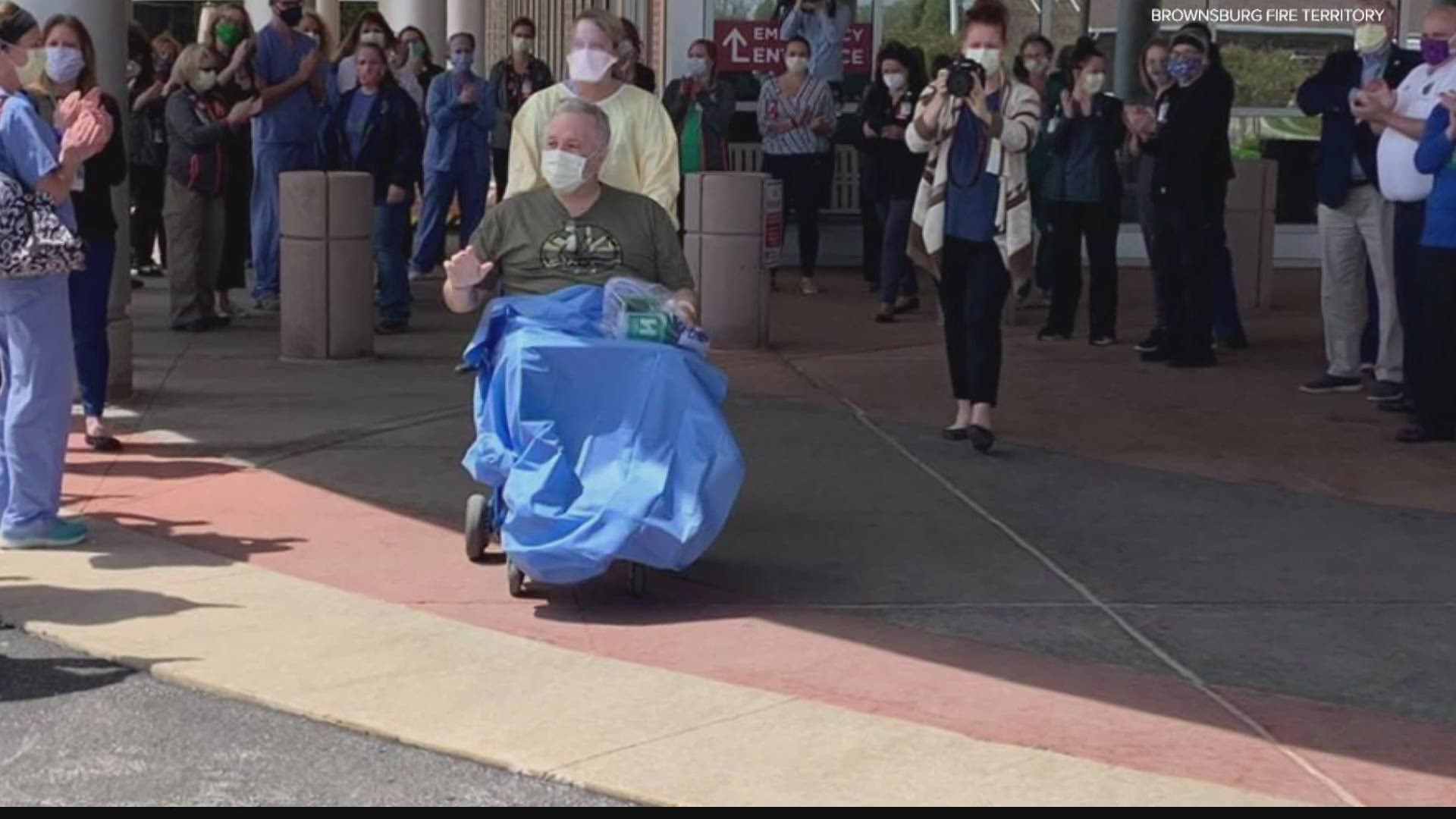 BROWNSBURG, Ind. — Many people don't get a second chance at life.

"I'm just going to take this opportunity and make the most of it, because it's not afforded to everyone," said Byron.

The Brownsburg firefighter was diagnosed with COVID-19 at the end of March. He spent most of April in the hospital, including two weeks on a ventilator.

"I had some dark days in the hospital where I was really concerned about being able to reclaim my life and just how much of it was going to change," said Byron.

The virus targeted his heart, lungs and kidneys.

"The first week out of the ICU, I would pass out every time I stood up," he said. "When we finally got to the point where I could stand up without passing out, walking to the bathroom was a challenge. Doing simple things like brushing your teeth and self care was a challenge." 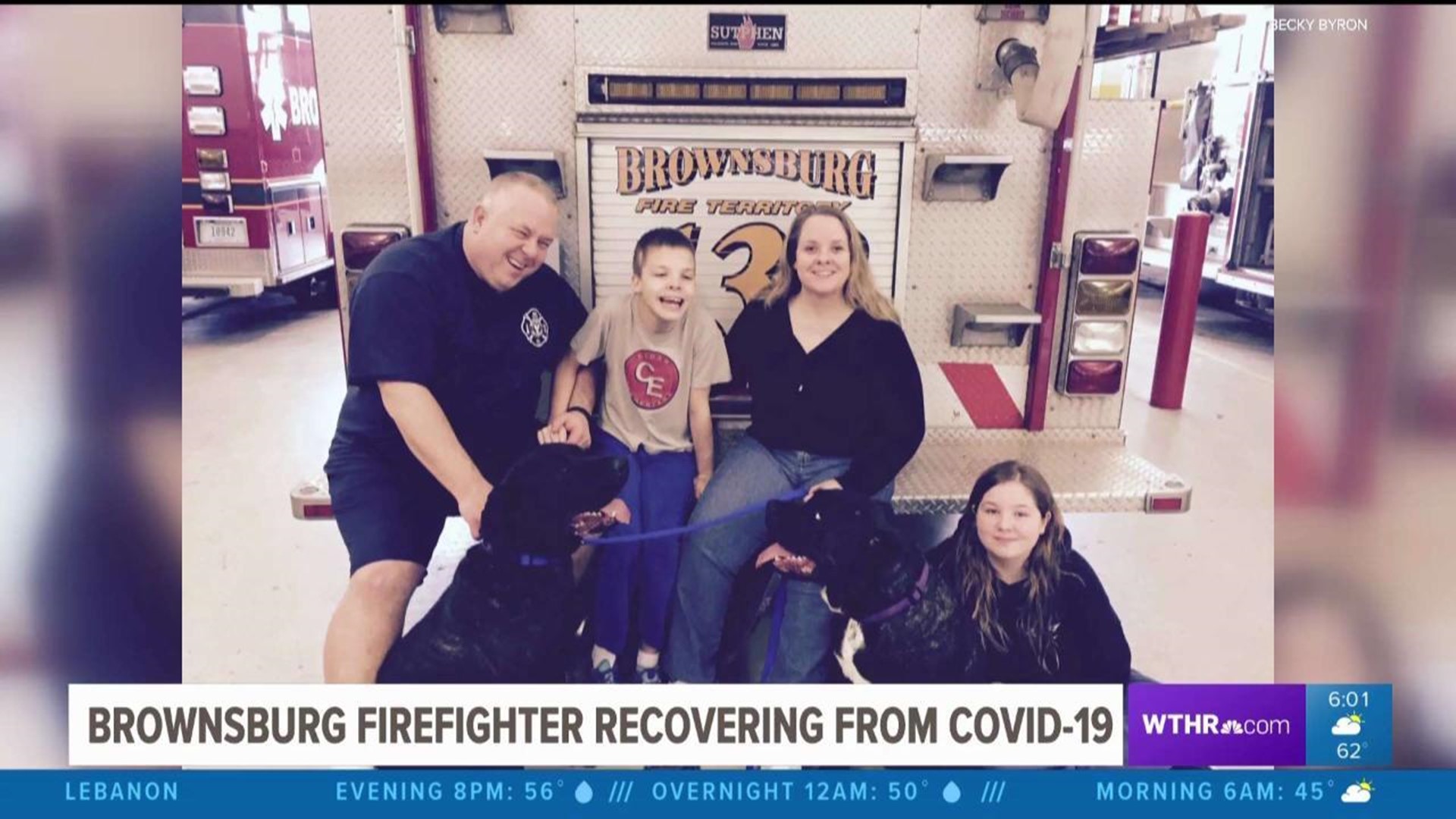 Byron credits his rehab at Hendricks Regional Health for getting him strong enough to return to life and work.

This weekend, he'll be back on the job making runs, saving lives and being back with his team.

"Just being able to sit around and talk and eat and sharing a meal with those guys is absolutely fantastic," said Byron.

Getting to this point wasn't easy.

"As soon as I got out of the hospital and I got home, [I was] walking with a walker, just making sure I could walk to the edge of the block and gradually increasing that day by day," said Byron.

He's getting stronger every day, so he can live life - again.

"It was luck and by the grace of God, I'm here today. Gratitude is very, very high," said Byron.