Behind the Mask: Critical care physician shares his story

A doctor in the intensive care unit details what the last few months have been like. 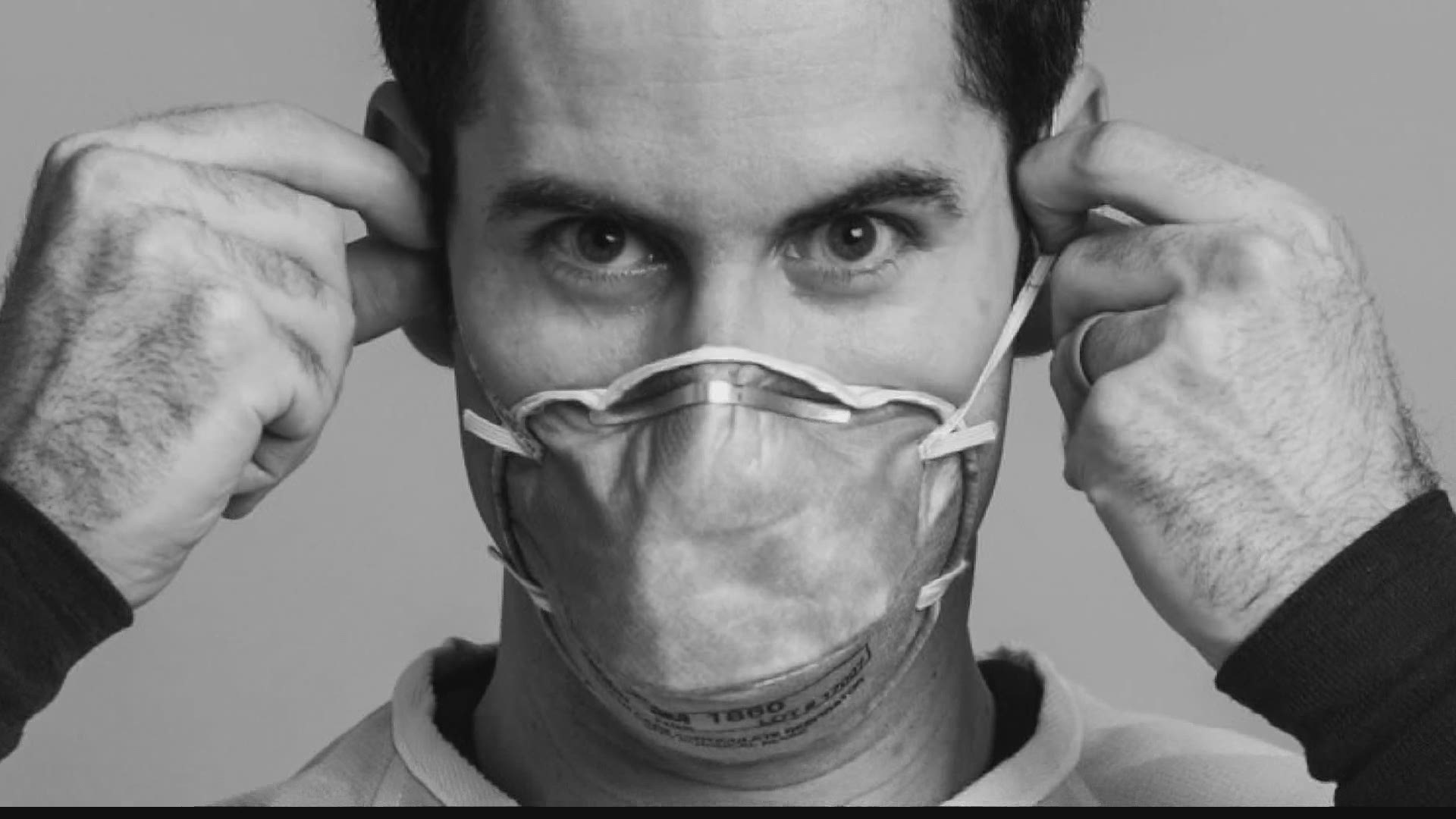 INDIANAPOLIS — Dr. Roberto Swazo said he remembers the day he got the call that he was being deployed to the COVID-19 intensive care unit.

“They said, ‘listen, numbers are going up, we need more hands on deck, so be ready to come in tomorrow,’” said Dr. Swazo. He and his wife knew what they had to do.

“My wife has Type 1 diabetes. I think kind of that fear that tomorrow I’m going to work, and I’m going to be working with these patients and we have less than 12 hours and when I come home you [his wife] shouldn’t be here,” said Dr. Swazo.

So, his wife packed her bags and took their took dogs and went to stay with her parents, who were already staying at home in North Carolina.

Dr. Swazo said he came to the realization that he was on his own for the next few months.

He said his wife has been with him through thick and thin during his residency, and they’ve been married for five years.

“We went through a lot of emotions. Part of it on her end, frustration she wants to be home, and she wants to support me, but she understands this is the best thing we can do to try to keep her safe," he said. "I’m lucky that she understands as well as she does, and she’s supportive of it. I picked a good one."

During the peak of the pandemic, coming home to an empty house without his family there was difficult.

“My first patient was a 33 year old with no comorbidities — chronic illnesses or conditions — other than obesity, so I looked at him and said, 'this could be anyone.' That’s when it really hit home and when I said this is not like what we were expecting,” said Dr. Swazo.

He said the next three months were filled with dark times and stressful moments.

He said the hardest shift was an overnight one where the unit lost six patients. And he said not having the families there during that time was gut-wrenching.

He said not being with his friend at the end of a difficult 12-hour day was challenging, and it was something a lot of his coworkers were going through as well.

"Emotional support and encouragement of the people that work around you was the only way we could make it through this,” Dr. Swazo said.

He said having vent sessions and days where he and coworkers just talked about what happened helped. And the strength to keep going came from his family and upbringing.

“I’m a third-generation Puerto Rican-American. My parents were some of the hardest workers I’ve ever seen," he said. "My mom had three jobs to try to sustain us. My dad was lucky he was getting his education and working as well to get some money on the table. We were on food stamps growing up, I remember it like it was yesterday. That work ethic that they instilled in me that I saw growing up just seems like second nature now. So here’s no choice but to work hard. We’re the last line of defense, we’re the critical care unit. So if we don’t do it, who will?”

After three month of living away from his wife, after assessing the numbers in Indiana, Dr. Swazo and his wife decided the rates at the time were low enough for her to come home. But he said that he knows if the rates peak again, they may have to make a repeat sacrifice.

For now, Dr. Swazo is on a schedule where he rotates in and out of the COVID-19 unit. As a result, he and his wife have worked out a plan where they social distance at home.

"We’re not sleeping in the same bed [or room] and we kind of keep away from each other, and it’s kinda become our new norm for who knows how long,” he said.

Dr. Swazo said it's been draining for those on the front line who are working 12-hour days for 14 days in a row.

“Initially, we were all so motivated and ready to step up," he said. "And I think that was because one this is new and this is part of what we signed up for, and we want to be there and at the same time, it was the sense of an end in sight. Initially, there was that thought process that it would get better in the hotter months, as long as everyone stayed home, the virus would kind of calm down, and we’d be able to flatten the curve and we’d get through this in two or three months, so we had that vision of an end in sight."

He said when he and others began to see the numbers start climbing, he wondered how long they could keep this up.

The strain and sacrifice health care workers make to protect the public is one of the reasons the misinformation is so frustrating for many frontline workers.

“It’s getting more and more challenging, especially with all the naysayers and people who don’t believe this is real," Dr. Swazo said. "It does get emotionally challenging at times, for sure. I wish they could take a day in our footsteps. We broke numbers when it came to ventilators used at one time. Entire family units coming in at one time."

He said while elderly patients with comorbidities do tend to have the most complications, “it doesn’t mean that younger people can’t get sick or pass away.”

He said he doesn’t know why people have this misconception.

“But we see it all the time, and patients are getting young and younger every couple months," Dr. Swazo said. "Just because your young and healthy doesn’t mean you’re not at risk, and that seems to be something people just don’t’ seem to understand."

He said he’s seen 30-year-old COVID-19 patients who have had heart attacks and said this virus and disease attacks far more than just the lungs.

“It’s impacting so many other organs, the blood vessel lining and so many receptors. It can literally do whatever it wants; it can reek havoc in any system where there are blood vessels, and that’s everywhere," he said. "So you’ll see liver damage, cardiac events, stroke. So we’ve seen more and more of these so called ‘rare presentations’ but it’s no longer rare because we keep seeing it."

Health care workers said it’s because of the damage COVID-19 can cause on the human body that “recovery” is often an unclear term.

“We just don’t’ know the long-term ramifications, long-term consequences," he said. "Are we going to see more fibrotic lung disease? Is this going to be a permanent issue? Those patients who were on dialysis, do they have room for recovery? All these clotting disorders, is this a temporary thing while the virus is influx? Are we going to see permanent damage? We just don’t know."

He said it’s also difficult because a lot of these questions are the same ones patients have, and the medical community simply needs more time to collect more data to hopefully provide answers.

But until then, Dr. Swazo said it’s important for people to look out for one another, to social distance, wash hands and wear a mask.

“Taking care of someone else other than just yourself is what we really need to get into the habit of,” he said. "We have to get into the concept of it’s not just about me. I might be fine. I may not be sick. But if I do have it and am asymptomatic, I could save someone’s life by wearing a mask,” said Dr. Swazo.

He said this is the key for getting through the pandemic.