Concerns about vaping and 'misinformation' 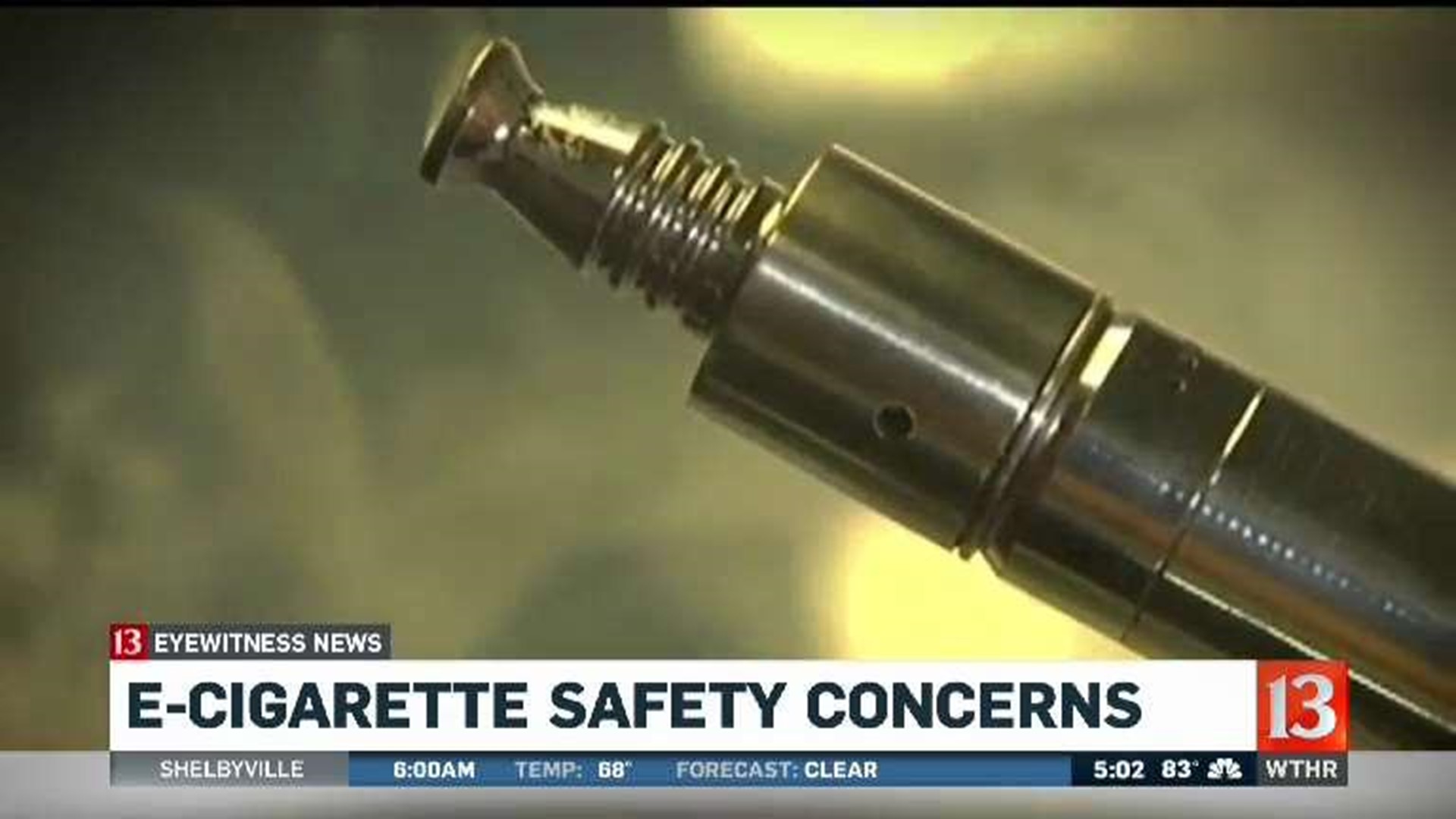 That has several public health leaders warning everyone to put down the e-cigarettes, with the vaping industry trying to stomp out what they see as a lot of misinformation.

Carla Brown, an assistant professor at the University of Indianapolis who's specialized in public health, doesn't mince words.

"I would encourage those who are vaping to reduce their use and to stop using," Brown said. "This is becoming a widespread problem and it's a problem I see as increasing."

Monday, the FDA issued a statement saying most patients who became ill reported vaping both nicotine and THC, the active ingredient in marijuana.

The FDA also said most THC samples tested contain large amounts of Vitamin E. The FDA is urging people to stop buying vaping products on the street and to not use any THC oil. In Indiana, the legal limit is just 0.03 percent.

Brown takes it even further.

"I would say no, you're not better off whether you have an e-cigarette with nicotine," she said. "Both are equally harmful and I would say there is not a margin of safety that I as a professor or private citizen would feel comfortable telling the American public about. I would really urge them to have caution."

"I've been in business for six years. The industry has been around for over ten years and all of a sudden this is happening?" he said. "There are over 10 million vapers in the U.S. and millions more outside this country. Why all of a sudden?"

Khoury's was one of 16 vaping stores across Central Indiana that Eyewitness News reached out to Monday, asking about the impact on business and what they were hearing from customers.

"It's hurting us," he said. "Friday night I was at the bar and had three emails. It was like, "hey, you seen this? Is vaping safe? Is the product you sell safe?'"

The other vape shops we contacted said they had not seen a decrease in sales but that customers were asking more questions.

Amy Netherton, president of the Indiana Smoke-Free Alliance, which represents the vaping industry in Indiana, said she was seeing an impact.

Netherton said the businesses she represents had seen a 20 to 30% decline in sales since news broke on the deaths and health concerns.

Like Khoury, she attributed to "the general misinformation out there... It's not related to nicotine but THC on the black market."

"From a logical standpoint, it doesn't make sense that it is e-cigarettes that contain nicotine," Khoury said. "It makes sense that some sort of bootleg product or some sort of illegitimate product has found its way into people's hands and that's what's causing the damage... We just want to make sure people are buying product from reputable sources."

Brown said she will continue urging people to stop using e-cigarettes, at least until more is known about the cause of the illnesses. She also urged parents to have conversations with their kids.

"I know it's wildly crazy among the youth of today but in five, 10, 15 years, we just don't know what the (long-term) health effects" could be," she said.