The Irsay family, which owns the Indianapolis Colts, is opening up about their own struggles in hopes of encouraging others to seek help. 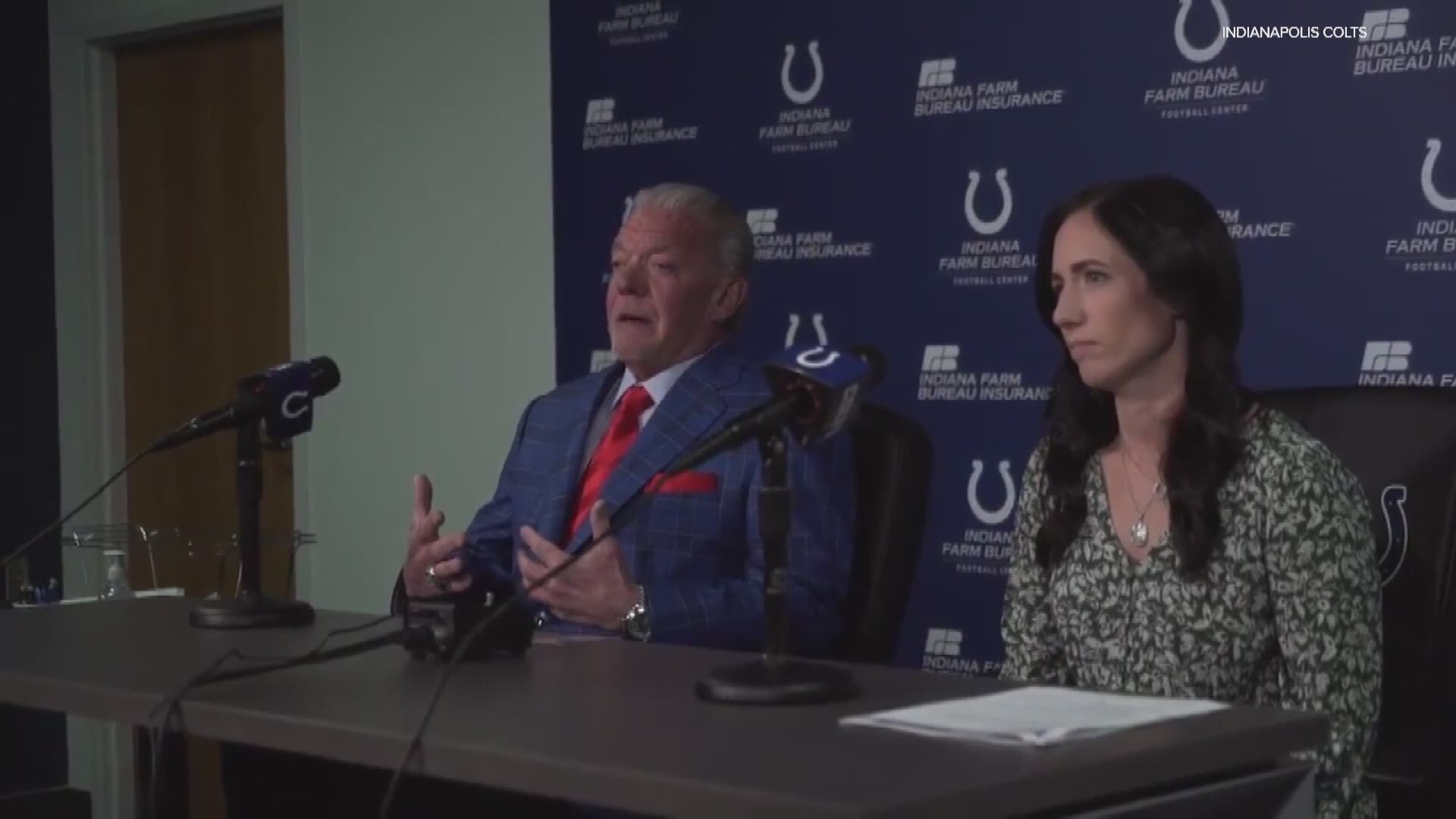 The Irsay family, which owns the Indianapolis Colts, is opening up about their own struggles in hopes of encouraging others to seek help. “Kicking the Stigma" is an Irsay family initiative to raise awareness about mental health disorders and to remove the stigma sometimes associated with these illnesses.

Kalen Jackson is the youngest daughter of Jim Irsay. She's open about her father's past struggles with substance abuse and the mental health issues to go with it for her entire family.

"Telling everybody that it is OK to not be OK,” said Jackson, who carries the title of vice chairman/owner with the Colts, “and really by starting with our own issues within ourselves and our family and things that we've gone through, to really utilize our platform to kind of lay that out for everyone to see it's OK to talk about it."

Jackson said she has dealt with anxiety issues since was a child.

"I feel that my work through therapy that I've been in my whole life since I was nine, on and off, has really made me understand myself better, my life better, how to handle stressful situations better,” said Jackson.

NFL football players are perceived as strong and tough. The Colts believe that players admitting they have mental health struggles can help kick the stigma.

Carson Daly from the NBC Today Show hosts a roundtable Kicking the Stigma (onecause.com) with NFL players Monday at 7:00 p.m. on the Colts website, including Colts linebacker Darius Leonard.

"I struggled for a long time and then I had to go to counseling and just realize that there's some people out there who do this for a profession and will give you the right advice,” said Leonard. “You just got to be able to be willing to listen, learn, and willing to talk to these people."

"Because so many people are experiencing mental health issues, maybe for the first time ever because of the isolation factor,” said Jackson. “This is such a stressor being in the pandemic - in the end the way we've had to adapt - that I think this topic has become a little bit more OK."

The Kicking the Stigma virtual fundraiser OneCause Peer-to-Peer Social Fundraising runs through Thursday with special events and themes each day.

The fundraiser will support expanded programming by Mental Health America of Indiana, the National Alliance on Mental Illness of Greater Indianapolis, Bring Change to Mind and Project Healthy Minds, as well as grants to other Indiana-based nonprofits working in education, support and advocacy of mental health.

Matching partners Faegre Drinker, Huntington Bank, Indiana University Health and Lucas Oil Products each have pledged $25,000 to advance the cause.

There are three ways to donate: