Gary Cooper's colonoscopy led to the discovery of large polyps and an early stage colon cancer. 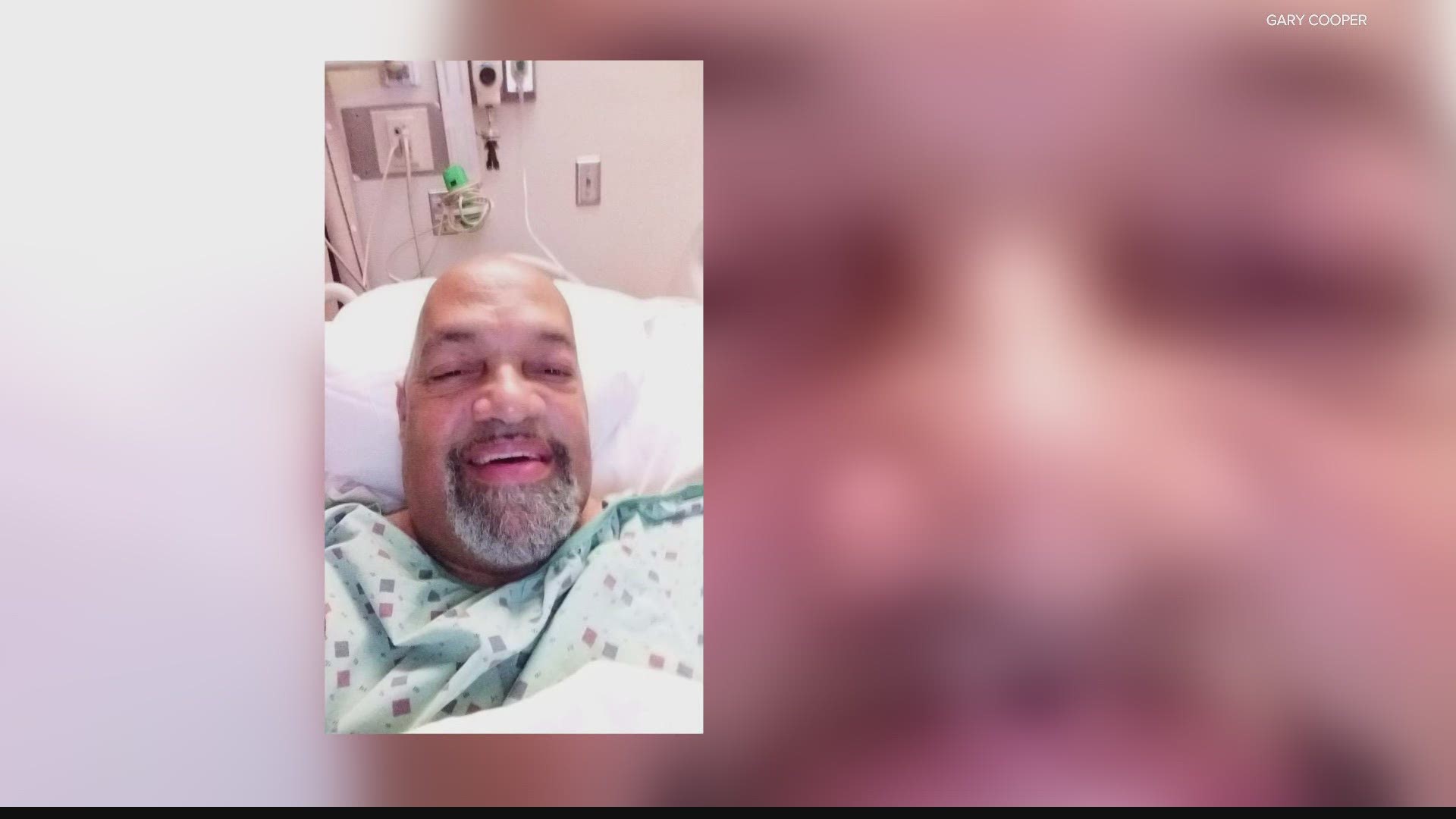 INDIANAPOLIS — A cancer survivor is encouraging others to stop the excuses, stalling, and avoiding and go get screened for colon cancer.

Gary Cooper admits he had anxiety and was a bit frightened of getting a conoloscopy, but said, ultimately, he trusted his doctor and though he delayed a bit, he got it done.

"It wasn't as bad as I thought it was going to be. Because, you know, we sit back and we think about saying sometimes and we get a fear that comes, 'Oh my gosh, what if they find something?' you know, and I just had to relax and let things go," Cooper said.

It's a good thing he did. Cooper's colonoscopy led to the discovery of large polyps and an early stage colon cancer.

He had surgery at IU Health in January and is grateful the cancer was found early, before he had symptoms and when the outcomes are better.

Colon cancer is the same cancer that claimed the life of actor Chadwick Boseman last week and there is hope that increased awareness, including that it is especially deadly to African-Americans, will lead to more screenings and lives saved.