Chocolate milk vs. sports drinks: Which is best after a workout?

Experts say after a workout, chocolate milk offers a good ratio of carbs and protein to help with recovery. 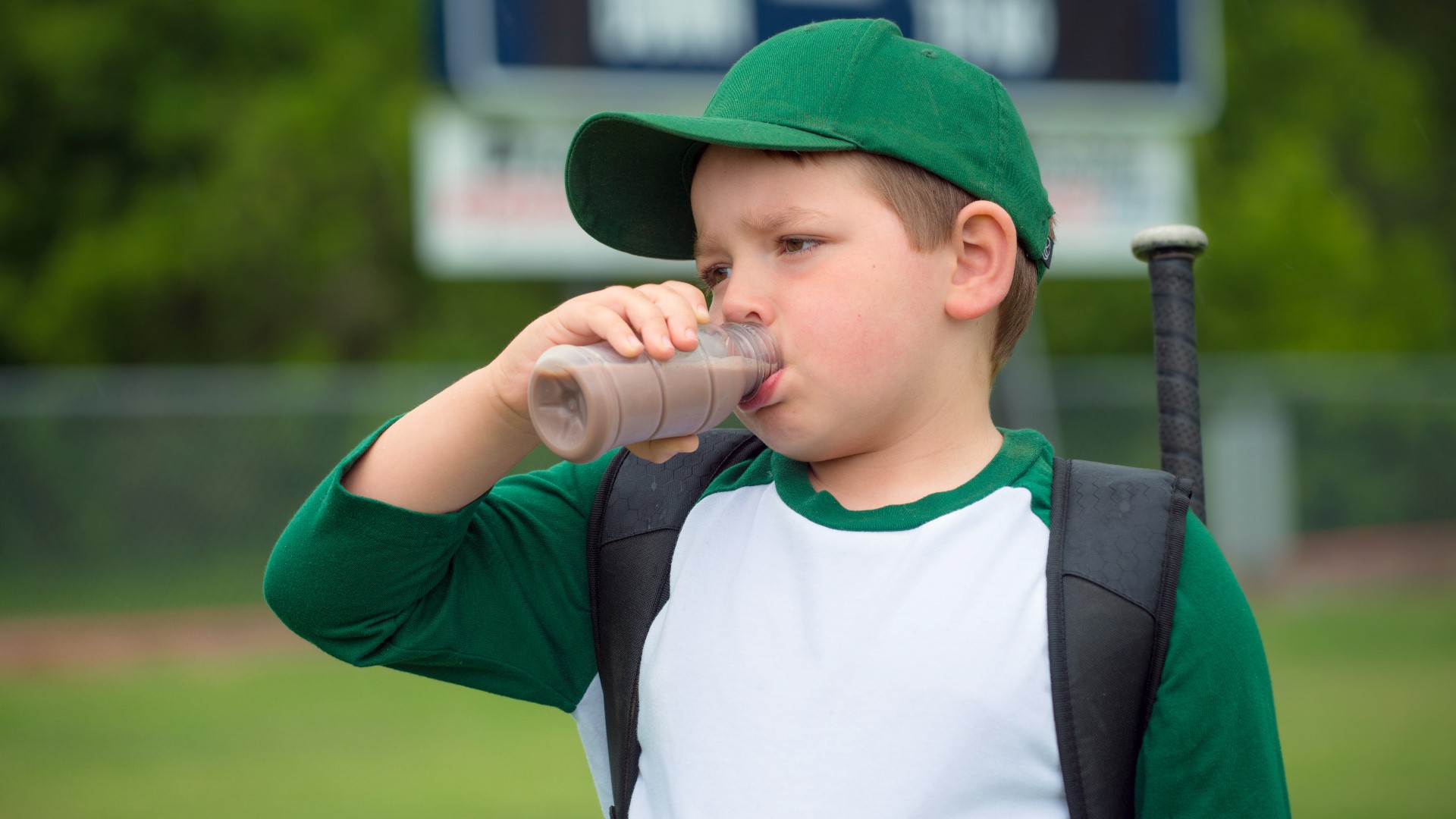 INDIANAPOLIS — Many experts now suggest reaching for a glass of chocolate milk instead of Gatorade or Powerade after a tough workout.

“It is the perfect glass of recovery that any sports dietitian could ask for,” said Anna Turner, a sports dietitian from St. Vincent Sports Performance. “Whether you're a basketball player or a swimmer or an endurance athlete training for a marathon, chocolate milk has the perfect ratio of four carbohydrates to one protein, which helps refuel all athletes — no matter what sport.”

However, dietitians say it all depends on the timing. During a workout or sporting event, Turner said sports drinks like Gatorade or Powerade are best.

“Gatorade is actually better during the event because you're trying to do two things,” Turner said. “One, you want to fuel your body, and two, to hydrate your body. So that's really why Gatorade was invented for the Florida Gators football team [back in 1965]. It was to fuel them and hydrate them.”

RELATED: Is it safe to go to the gym during the coronavirus pandemic?

After a workout, Turner suggests benching the sports drinks and subbing in a glass of chocolatey goodness.

“Chocolate milk wins with this one because it has carbohydrates, protein and electrolytes,” Turner said. “So it has everything that you need to build and repair and refuel after the event.”

13News reporter Mary Milz is a chocolate milk enthusiast who has run 15 marathons in her life, including just completing the virtual Boston Marathon.

“I’m a big fan of chocolate milk. I love chocolate milk,” Milz said. “I've been drinking chocolate milk after long runs now for several years. I started doing so after reading about how it helps with muscle recovery. And I don't know if it's mind over matter — or maybe milk over matter — but I feel so much better. I just get such a big boost after having that first glass.”

So you might want to ask yourself: “Got (Chocolate) Milk?”