Some scientists believe wastewater could be a key data source in detecting the virus. 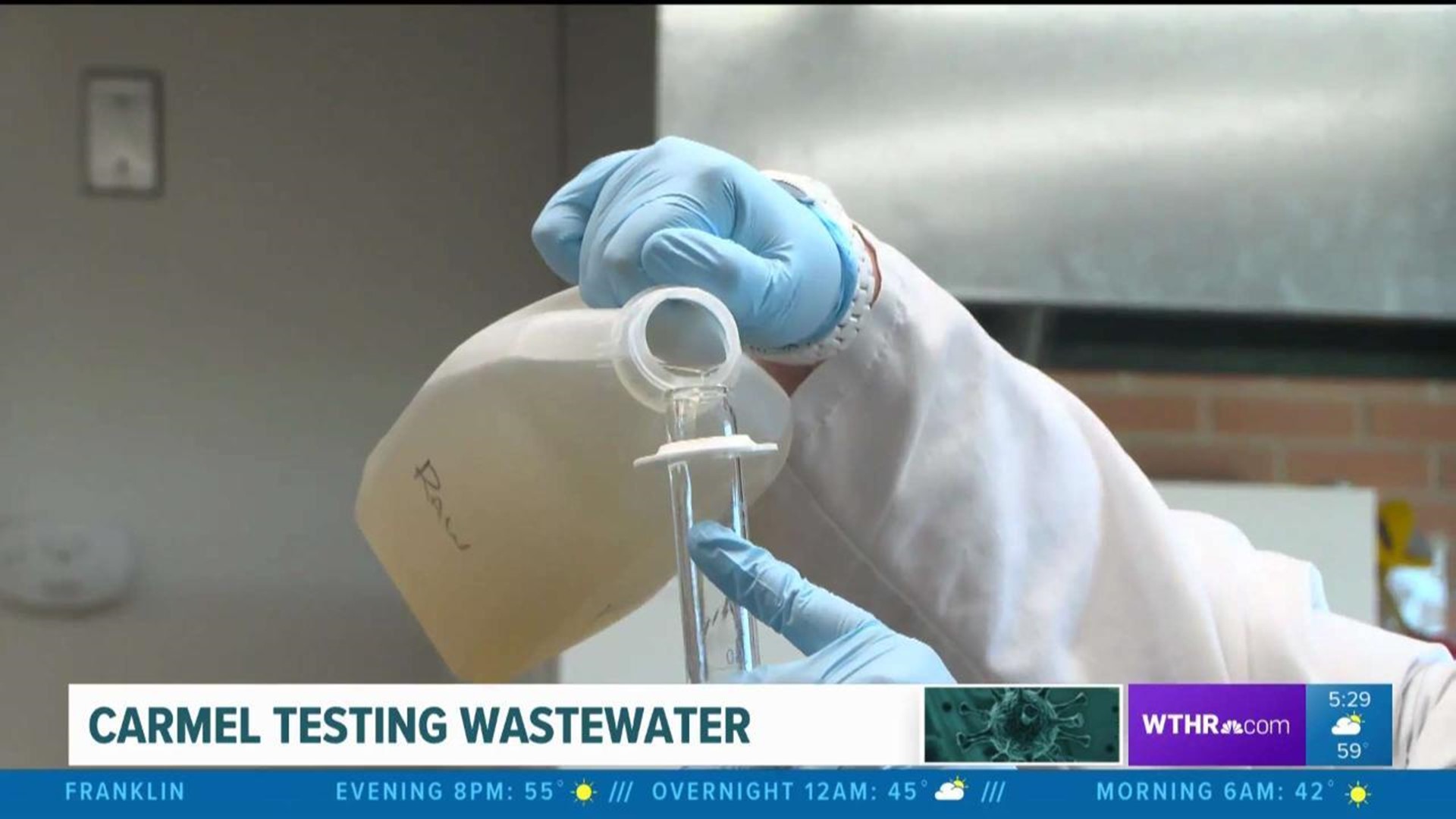 CARMEL, Ind. (WTHR) - Carmel is testing wastewater, with the help of a Boston-based company called Biobot, in an effort to predict future outbreaks of the virus that causes COVID-19.

Some scientists believe wastewater could be a key data source.

Once the severe acute respitory syndrome coronavirus 2 (SARS-CoV-2 ) was detected in the feces of some patients diagnosed with COVID-19, researchers began wondering whether wastewater could be a potential data source.

Wastewater epidemiology is a scientific approach to collecting data about people and communities. It’s been used to look at everything from drug consumption to disease to personal care products. And after scientists found that SARS-CoV-2 was found in untreated wastewater, companies began offering this service. And it’s a data collection service that the mayor of Carmel believes can help the city and hospitals better proactively prepare for any future outbreaks.

“It’s one more tool, this testing, one more data point to help us make informed decisions based on science and not emotions or politics,” said Mayor Jim Brainard.

By testing samples of wastewater for SARS-CoV-2, labs such as Biobot can determine approximately how many people have the virus regardless of whether they are asymptomatic or not.

But it’s also one of the reasons Biobot says sewer testing produces much higher numbers than what may be on record with a city’s department of health.

“People with mild symptoms may not go to the hospital or get tested; asymptomatic people; limited access to clinical testing and a lag in reporting confirmed cases,” are some of the reasons they list for why “sewage analysis shows a higher number of cases than confirmed cases from individual testing.”

Biobot said they are also working on building an estimation model which requires collecting sewage samples from “geographical areas with different rates of COVID-19 infections.”

Biobot said doing so will allow them to provide three main points of measurement that can help officials and hospitals know when and how to prepare:

“They will be able to give us an estimated number of people they believe are infected in our service area,” said Carmel Director of Utilities John Duffy.

“It will give us a way to track the virus in our community in a way that we don’t have the testing to do yet. We can’t test everybody in our community, all 100,000 people in the city of Carmel, on a weekly basis,” said Mayor Brainard.

Labor wise, Duffy said collecting wastewater samples is something utilities does anyway and, for now, the cost is relatively low.

“I believe we’ll be able to pull samples and send them [to Biobot] about twice a week,” said Duffy.

And the funding is not related to taxes.

Carmel plans to start gathering samples on Thursday and hopes to have initial results in a few days.

“The key is once we have that baseline [number], we can track it to see whether it goes higher or lower every few days,” said Mayor Brainard.

He said doing so will allow both the city and hospitals to prepare.

The city can “increase testing in those areas [where there are higher rates of the virus] and isolate a place where the virus is surging, and that’s the goal,” said Mayor Brainard.

Biobot said Carmel is one of 270 cities in 40 states that they are working with to help map COVID-19.

Initially, Biobot said they were focused on using wastewater epidemiology to provide data on the opioid crisis but have currently put the work on hold temporarily while they focus on tracking the virus that causes COVID-19.