Often times, many people will lather on lotions, but a local dermatologist said we may be using the wrong products. 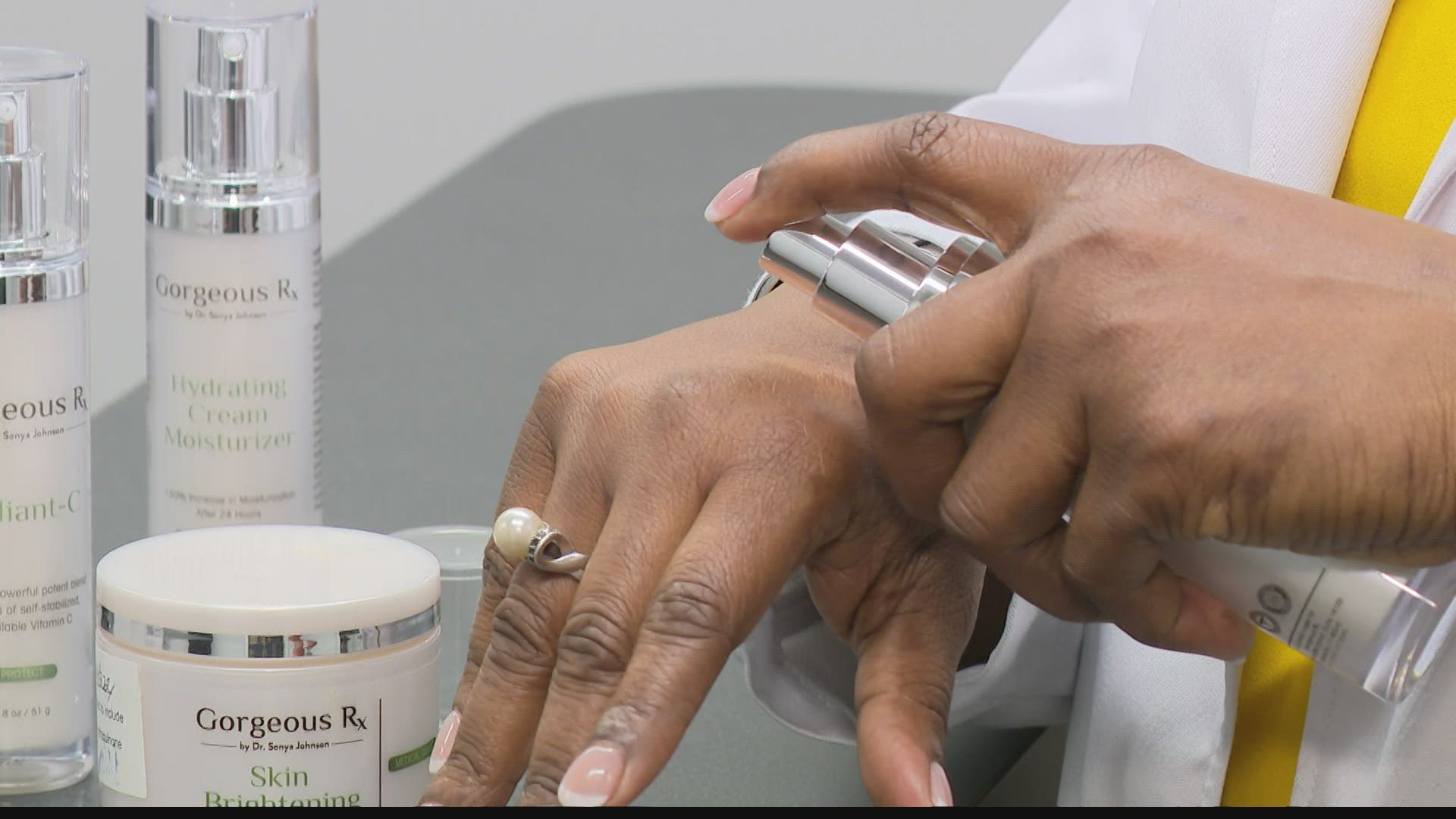 CARMEL, Ind. — Many people suffer from dry skin and you probably felt it during a recent cold snap in central Indiana.

It's important to take care of your skin, so you don't land in the doctor's office.

"The cold has stripped our bodies of natural oils and moisture, so the body couldn't keep up with the demand that the skin has when you're under stress from dry weather and cold weather," said Dr. Sonya Campbell Johnson, a dermatologist with Dermatology Associates, PC in Carmel.

Often times, many people will lather on lotions, but Johnson said we may be using the wrong products, causing our skin to lose its moisture.

"I like lotions with moisturizers that have an ingredient called ceramides. And you want to look for that word ceramides. It's a new ingredient that they put into moisturizers, and what it does is it puts lipids back into the skin so it holds on to the moisture in the air and locks it back into your skin," Johnson said.

If that doesn't work, she recommends reaching out to a doctor who can prescribe ointments.

She said those with eczema and diabetes are more susceptible to dry skin. Also, medications can lead to dry skin.

"You want to go more lukewarm. That's number one. Number two, after you get out a lot of people don't like to put moisturizer on. So this is a time you want to put moisturizer on. So if you're really not a moisturizing type of person I would recommend oils. Natural oils such as coconut oil, avocado oil. Those are good oils you can try, but again if that's not enough and you're still experiencing severe dry skin or just itchy skin, then you want to go to something heavier," Johnson said.

Johnson also has a recommendation for men who aren't keen on moisturizing their skin.

"You're creating a protective barrier over the skin so you won't have things in the environment to get into the skin. When you have dry, crackling skin, a lot of things in the environment can get in and cause problems for infections in the future, especially if you do have diabetes or some other medical problems you want to protect your skin. It prevents that itching and burning sensation people tend to have on their back or on their legs from the dryness," Johnson said.

There's also a remedy for those with oily skin.

"For women who are not that oily or who need that combination, I recommend a hydrating product. It puts the fluid back into the skin and what it is...is hyaluronic acid. Our bodies normally makes that, but over time doesn't make as much of it, so you want to replace that. Also with the hyaluronic acid, it also helps with the fine lines and wrinkles," Johnson said.

Johnson has her own line of products called Gorgeous RX, featuring a hydrating cream, cleanser, facial pads, and more. She said she'll soon come out with a care box so people can have at home treatments.