Here's what you need to know about giving your kids the best protection from bug bites they can get. 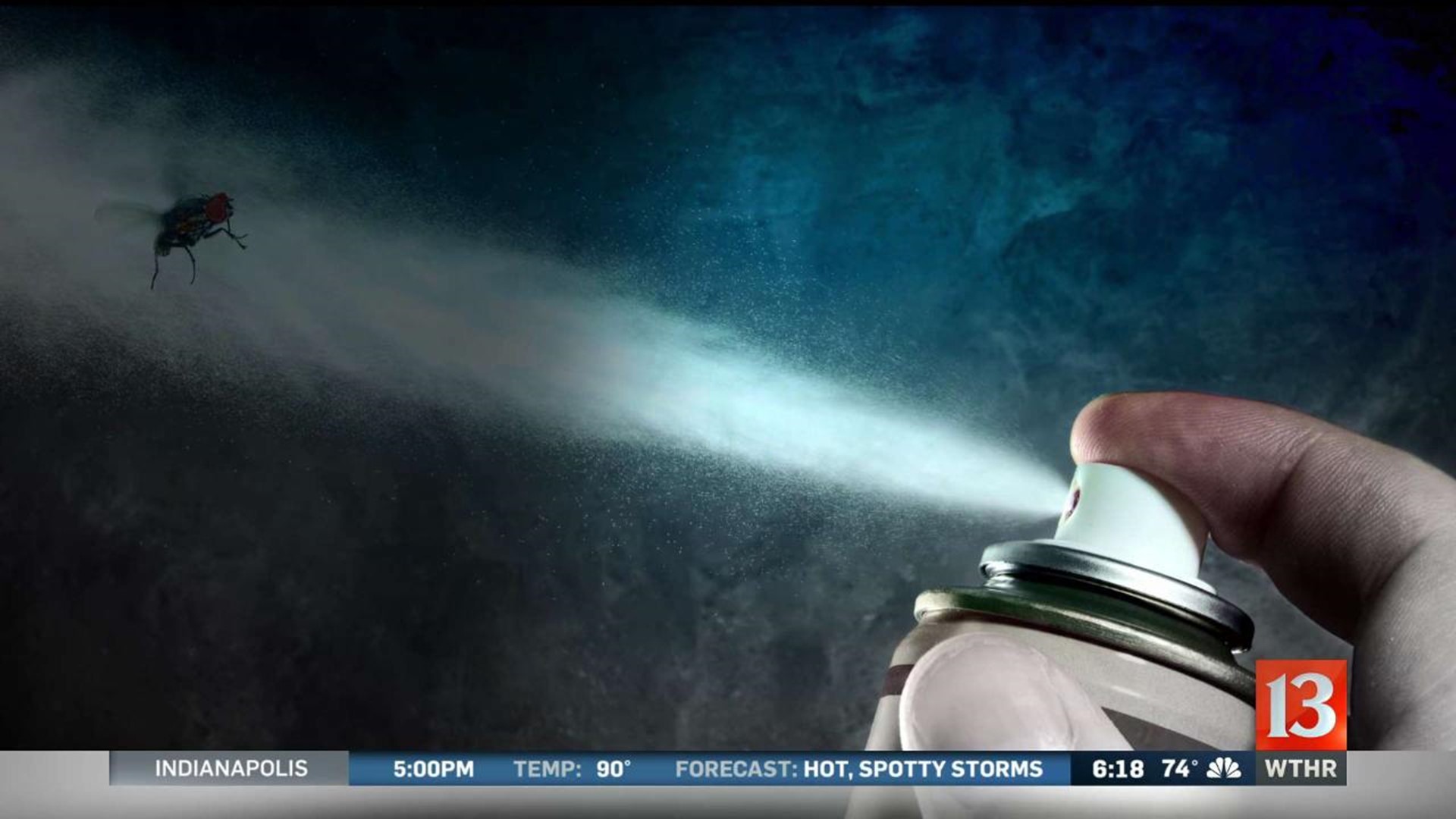 INDIANAPOLIS (WTHR) — It's that time of year when kids are outside for hours at summer camp, playing in the pool or hanging with friends. We often hear about the importance of applying sunscreen, but doctors also recommend applying bug spray before kids head outside.

Sullivan Hardware & Garden in Indianapolis carries a wide variety of insect repellents. But with such a large selection, it's hard to know which is best for your kids.

Arney said she carries different options because she encounters parents who are often concerned about too many chemicals in certain bug sprays. She has seen some parents shy away from DEET because of that.

The truth about DEET

Experts at Riley Hospital for Children gave tips and tricks to help separate fact from fiction when it comes to bug spray. Dr. Rebecca Dixon, a pediatrician with IU Health, had some facts about DEET that might surprise you.

Dixon wants to dispel the myth that DEET is bad or unsafe for kids. In fact, she said DEET does the best job of repelling biting insects. That's why the American Academy of Pediatrics recommends it. Dixon said any product with 10 to 30 percent DEET is ideal.

Keep in mind, ticks can transmit Lyme Disease, and mosquitoes can transmit West Nile, Zika and other viruses. Researchers have detected mosquitos that carry West Nile in both Marion and Hamilton counties this year.

A common complaint about DEET is it tends to be greasy and omits an odor. Because of that, Arney said a lot of her customers opt for "all natural" products for their kids, but that can be problematic.

"It hasn't been FDA-approved. So, eucalyptus oil, citronella, all of those things that are natural haven't necessarily been tested in terms of what their long-term effects are," Dixon said. It doesn't mean they don't work. In fact, they may be effective to an extent, but not as effective as DEET.

A popular option for parents are bug repellent clips that don't use DEET. Some people may think they're safer for kids because they don't contain chemicals, and Dr. Dixon said if it seems too good to be true, it probably is.

"They haven't been shown to be effective. So, bracelets…the ultrasonic bracelets or belts or headbands, whatever is out there, is not as effective."

Dixon also noted bug spray does not need to be reapplied as frequently as sunscreen.

As for treating a bug bite, calamine lotion should take care of it. When it comes to ticks, don't try to "burn" them off. Use tweezers and pull the tick straight out of the skin, then sterilize the area with rubbing alcohol.

For all bites, if symptoms worsen, call your doctor.