Breaking the silence: Topics men are uncomfortable talking about

Money, religion and politics — three things everyone can agree not to discuss in mixed company. But what about hair loss? Your prostate health? A vasectomy? 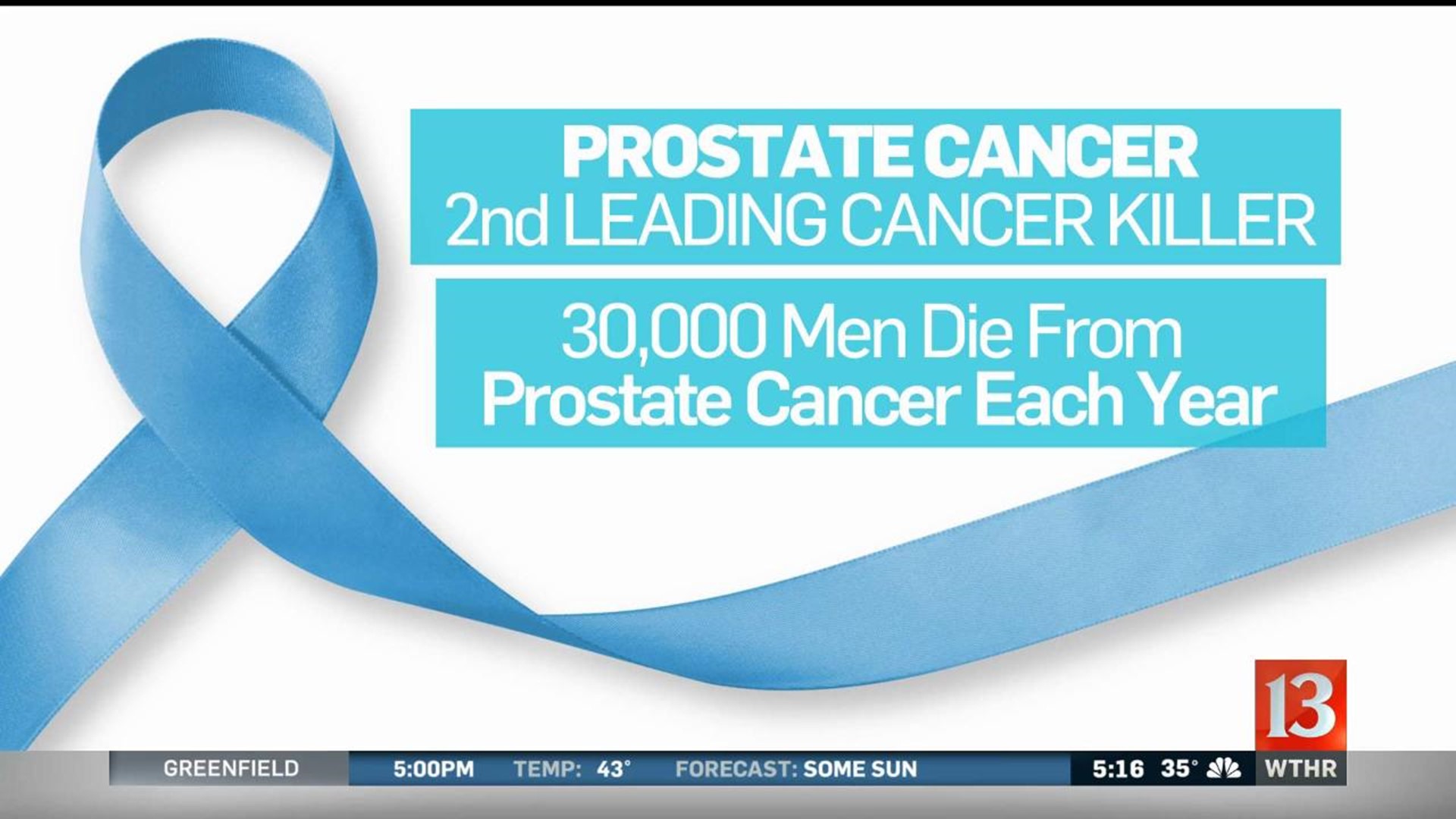 INDIANAPOLIS (WTHR) — Money, religion and politics — three things everyone can agree not to discuss in mixed company. But what about hair loss? Prostate health? A vasectomy?

While these may seem like taboo subjects, they are definitely topics on men's minds. The more men open up about it, the less taboo they become. That could lead to some positive, life-changing decisions in a man's life.

The American Cancer Society suggests most men begin getting prostate screenings at age 50. Some men who are higher risk may need to start screenings sooner.

Who is at higher-than-average risk for prostate cancer?

Screening is especially important because it's the only way to detect prostate cancer in the early, curable stages.

Still, the digital rectal exam can be especially nerve-wracking, because, as Sloan described, men are more "hands off."

"I think that's a large reason that men don't want to come in," Sloan said. "They're very embarrassed."

But Sloan said there's no need to worry.

"It's usually quick and we're able to do it without too much embarrassment."

According to the CDC, some symptoms of prostate cancer are difficulty urinating, blood in the urine or semen, and painful ejaculation.

It's natural for men to lose testosterone as they age. Experts at Harvard Medical School say levels peak by early adulthood, but drop about 1 to 2 percent each year beginning in the 40s.

There are some instances that could exacerbate testosterone levels:

One expert said the decreased sex drive is a big reason why men don't want to talk about testosterone deficiencies. Society views the symptom as beng less of a man.

"It has a lot to do with the sexual side effects, and a lot of men are embarrassed to talk about their sexual side effects because it's not very "manly" to not be interested in sexual activity," said IU Health urologist Sandra McCabe.

Having low testosterone levels won't kill you, but the symptoms can lead to more serious health issues.

The reduced muscle mass, bone loss and weight gain could lead to conditions like diabetes and osteoarthritis.

In most cases, doctors use testosterone therapy to help patients improve. Patients can receive testosterone treatments through skin patches, gels, tablets and injections.

As for the "wonder drug" ads you may see on TV, McCabe says they're just not effective.

"These commercial drug companies are really preying on men's insecurities as they get older," she said. "If you have questions about your testosterone level, see your doctor and take prescribed medication."

Bottom line: It's not as bad as it seems. And for a lot of men, the time to do it is right now during March Madness.

IU Health urologist James Sloan says getting screenings for prostate cancer is the only way to catch it in an early, curable stage. (WTHR photo)

According to Men's Health magazine, doctors at the Cleveland Clinic say there was a 10 percent increase in the number of vasectomies before March Madness between 2014 and 2016.

It makes sense — go in for the procedure, which is relatively quick and easy, walk out of the office, then relax on your couch with ice for a few days.

The entire procedure takes about 45 minutes and is pretty harmless for the most part.

Sloan said thanks to the internet, most patients come in with much more knowledge about the procedure than they would, say, 20 years ago. But there are still some reservations that Sloan tries to reassure his patients about.

It is important to know you are still fertile for several months post-procedure. Sloan recommends waiting about 16 weeks before being sure the risk has subsided.

But doctors say it's not just March Madness — choose the Masters if you're a golf guy; Wimbledon if you're a tennis guy; the MLB playoffs if you love watching scoreless baseball games go into the 12th inning.

While hair loss is probably the easiest of these topics to discuss, it doesn't make it any easier to deal with.

But one doctor at IU Health believes in in one treatment so much, she performed it on her own husband.

Platelet-rich plasma therapy is a three-step medical treatment. It involves patients having their blood drawn and processed, then injected into the scalp. The idea is the platelet-rich-plasma stimulates the stem cells in the hair follicles, leading to hair growth.

Dr. Melanie Kingsley performed the PRP procedure on her husband, and he felt like it was the best solution to treat his hair loss.

"When you look at the treatments that are out there, it's either probably taking a medication or more of an artificial treatment with hair plugs or other treatments," Jared said. "I think this is more of a natural approach."

The Cleveland Clinic says there are virtually no side effects, and researchers have seen some promising results. Doctors say PRP injections are safe for most people, but some people with illnesses like thyroid disease or lupus may not have good effective results.

"It's very effective in some patients and not effective in others," Dr. Kingsley said. She recommends trying out four treatments — about one a month — then evaluating and deciding whether to continue.

Dr. Kingsley said if patients like the results after the first four sessions, they'll continue with maintenance therapy.

With Kingsley, the first four treatments are $3,500. It may seem like a steep price, but other treatments like hair transplant can cost up to tens of thousands of dollars.

PRP therapy is meant to both stop hair loss in its tracks, and promote new hair growth.