"I now know, after having a child, how important it is to carry on the stories of our family." 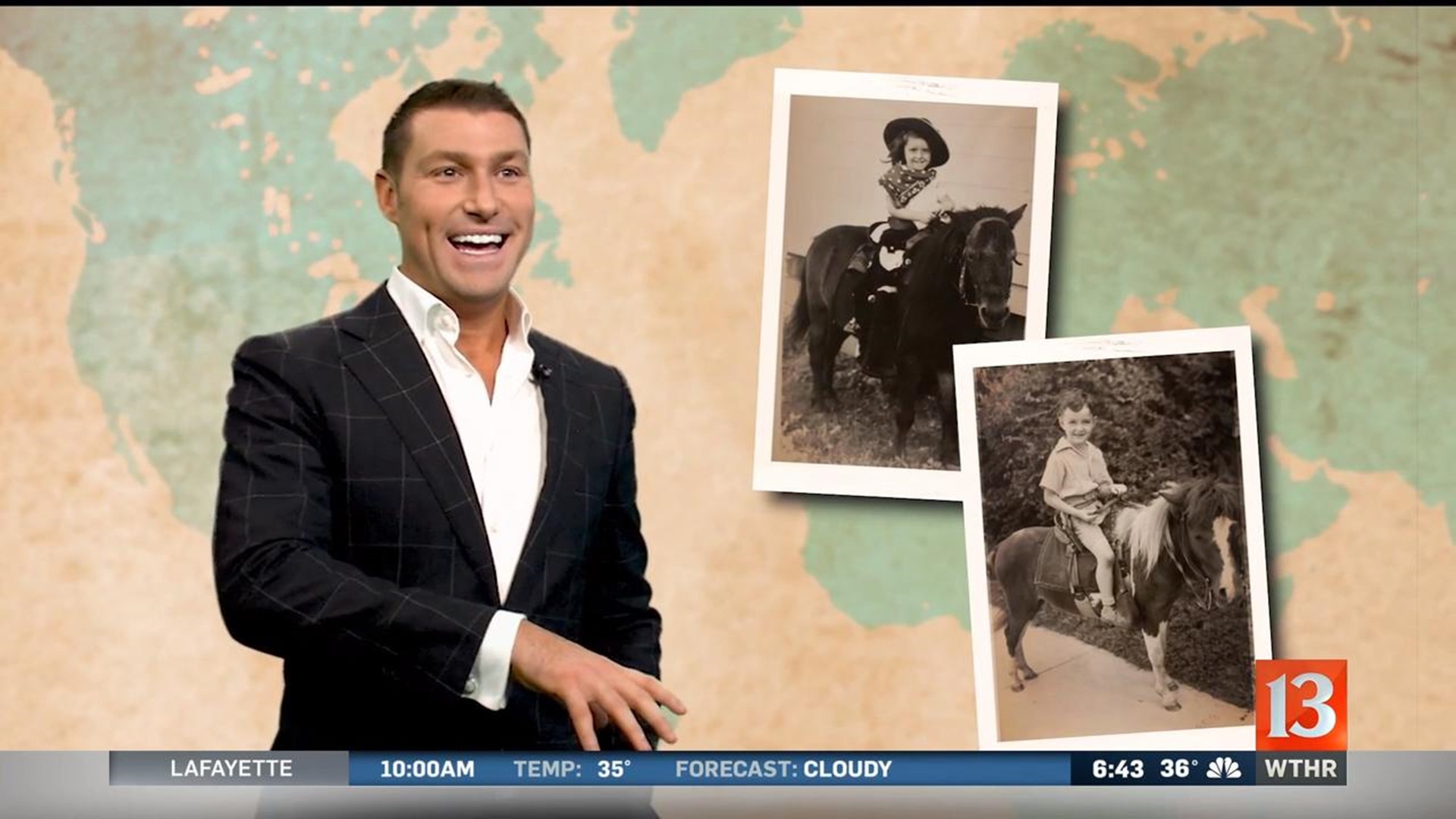 "This journey of tracing my ancestry has been both beautiful and heartbreaking. Beautiful, because its been fascinating to learn more about both sides of my family history, but heartbreaking because I wish I would've asked my grandparents more questions while they were all alive. While I can tell my parents are excited to share the stories of their parents and grandparents with me, it would've been fascinating to hear them firsthand.

My ancestry results weren't necessarily surprising, per se, but the percentage breakdown of my genetic makeup is interesting. I had always heard from my Mom and Dad that there was British, Irish and French in my family, but I was surprised to see more eastern European results in my report. After telling my Mom about my results, she remembered that her dad's lineage had some Polish history, the results started to make more sense.

During my conversations with my parents, I can hear the pride they have for our family heritage. It's a cool feeling to see them so excited that I've taken a more invested interest in our history. I'm from Owensboro, KY -- a town of about 60,000 people on the banks of the Ohio River in western Kentucky. However, my mom's parents grew up in Syracuse, New York. It's a town of around 140,000 people in upstate New York. So, how did my grandparents and my mother end up in MY hometown of Owensboro, KY? My Grandmother, Jeanne Poullott, married my Grandfather, Ronald Long, and had my mother, Debbie, when my mom was just 6 weeks old, my Grandfather took a great job with General Electric in Owensboro, KY. So, moving south at 6 weeks old was my precious mother with her Mom & Dad. They left all their family in New York to take a chance. My grandfather did whatever he could to give my late grandmother and my mother a great life in Kentucky. I'm so proud of the courage my grandparents had to make that big move. Keep in mind, this is when flying was a luxury, and we were decades away from Facebook, FaceTime, and texting. I was so fortunate to meet my great-grandmother on my mother's side, Mary Poullott, which I learned from my mother has a strong British heritage. Her mother was a Henley, which I learned also has British heritage.

My grandmother on my father’s side, Margaret Marion McCray, has a strong Irish heritage. She was a nurse and attended nursing school in Chicago. I never had an opportunity to meet my great-grandparents on my father's side, but I've learned since working on this story, that my Grandma Peggy's father died when she was very young. Her mother never remarried and worked hard and raised three children all on her own. Her husband, my grandfather, George Hill, served in the Navy and worked at Central Bank & Trust in Owensboro. He never met a stranger, and always had a smile on his face. Hill is also where more of my British heritage comes from. He died when I was very young, but hearing about how much he loved me, I wish I had more time with him.

Seeing these pictures of my late grandparents from decades ago -- so happy and healthy -- loving life is incredible. I now know, after having a child, how important it is to carry on the stories of our family. I can't wait for my daughter Harper to take an interest in her family history -- and share the stories of my family, from the great-grandparents she never got to meet, to my wife's family history." - Ben Hill