Most likely all of us know someone who is battling or has battled breast cancer — a mother, a sister, a daughter. We don't usually think of a father, a brother or a son, but men get breast cancer too. 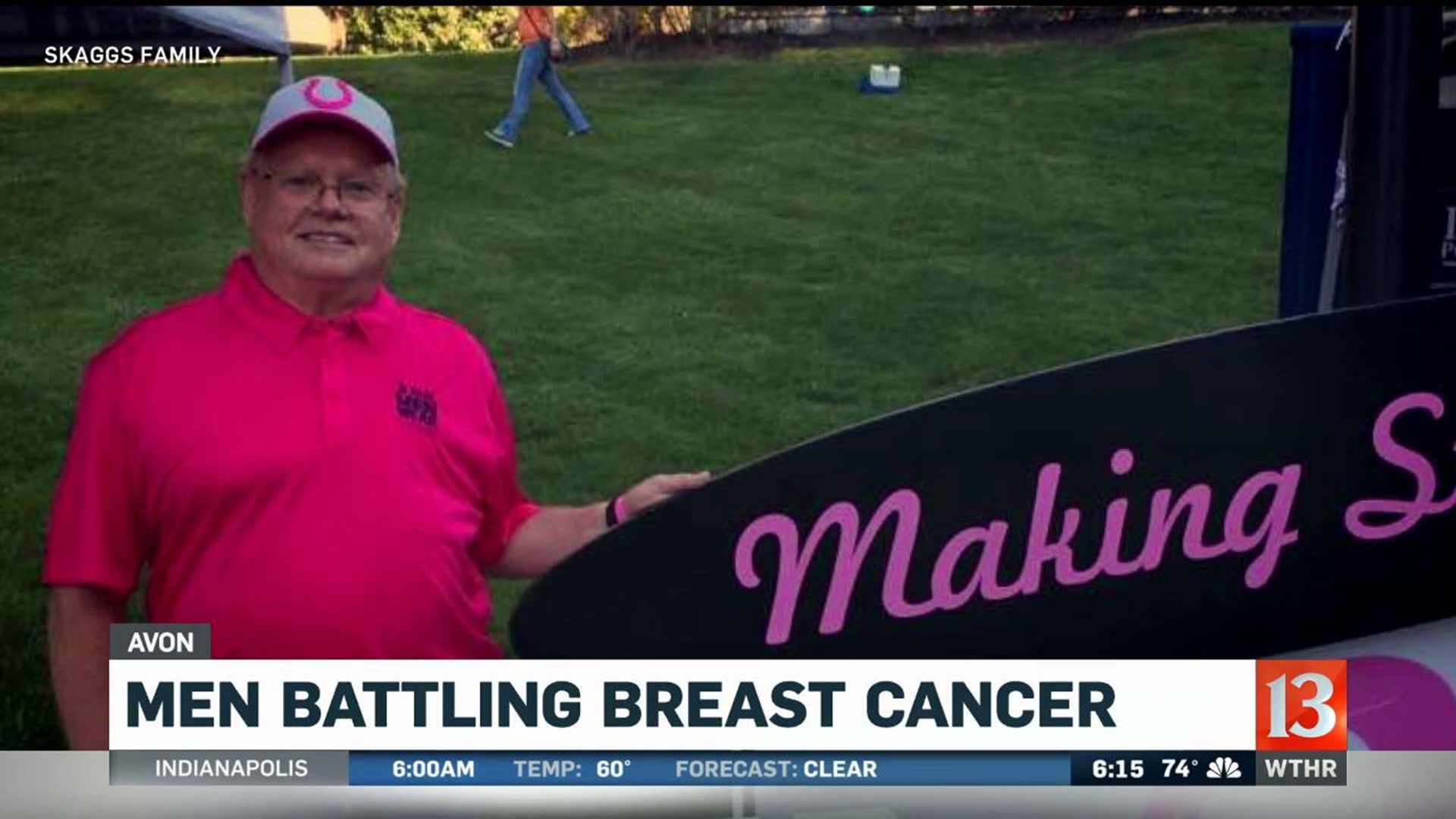 AVON, Ind. (WTHR) — Many of us know someone who is battling or has battled breast cancer — a mother, a sister, a daughter. But we don't usually think of the men who are impacted.

October is breast cancer awareness month and while many women are affected by the disease, men, including an Avon man, are battling it as well.

"This year they predict 2,670 men diagnosed and over 500 will die so that is a pretty high figure, and it's just a lack of understanding," Darrel Skagg said. "They don't think it can happen to them, but it can."

Skaggs was first diagnosed with stage two breast cancer in 2010. He was able to overcome it and was selected by Ford Motor Company as a model of courage for his willingness to help other men battle breast cancer.

"I have been talking to people from California, Minnesota, Illinois, Ohio and Indiana," he said. "There are a lot of men out there who need someone to talk to."

I think most men think my gosh 'I am a man with a women's disease,'" he said. "That is exactly what I thought. I was embarrassed. I didn't want anyone to know I had breast cancer."

Then last March it hit him again. This time Stage 4.

"This is much more scary for me, however, I am dealing with it. I know there are people out there who have made it several years with Stage 4. Regardless what happens, God is in control of it."

He is relying on his family and his faith while still counseling others, trying to stay as positive as he can.

"I had a lady at work say how can you smile like that?" he said. "I said you just got to have faith and be patient."

Then he held up a proclamation issued by the Governor and started reading aloud.

"October 20-26 this year will be male breast cancer awareness week. This week in remembrance of the men who lost their lives to breast cancer in support of those who are currently fighting this often overlooked disease," he read.

It was nearly a decade ago when Skaggs was named a model of courage, and he still is.