An Indianapolis family is extra thankful this holiday season after their 2-year-old daughter beat leukemia with the help of Riley Hospital for children. 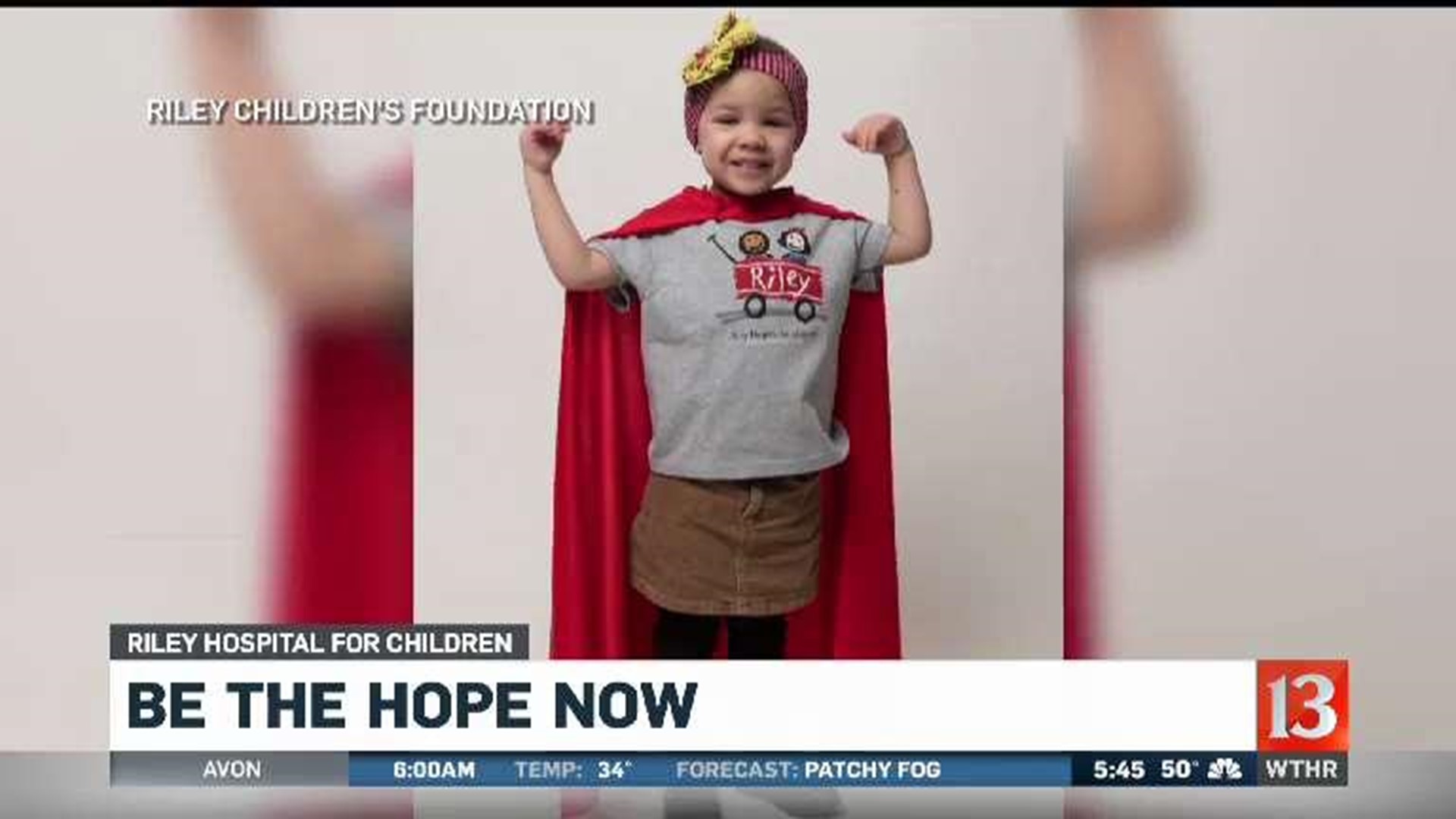 INDIANAPOLIS (WTHR) — 'Tis the season of giving and hope. It's a reminder of what we're grateful for. One Indianapolis family is thankful for Riley Hospital for Children. When their toddler daughter was diagnosed with cancer, Riley became a second home.

Gianna "Gigi" Riegel is like a lot of toddlers. She likes to snuggle her Mom, Kristina, and play with toys. Unlike most kids, Gigi's a cancer survivor.

Gigi had acute myeloid leukemia — a very aggressive form of leukemia. It started with symptoms any toddler could come down with, but then Gigi's fever wouldn't go away. "She just was not getting better, and she was just constantly sleeping, just not feeling well, not normal-like two-and-a-half-year-old behavior," Kristina Riegel said. Kristina took her to the doctor, and that's when alarming and unexpected news came.

"Within about two hours, we had gotten a phone call from the on-call pediatrician and she said she had never seen white blood cell counts as high as they were, it looked like it was possibly leukemia and that we needed to get to Riley as soon as possible," Kristina said.

Gigi Riegal is a fighter, and a survivor, after successfully completing treatment for acute myeloid leukemia at Riley Hospital for Children. (Riley Children's Foundation)

So they did. Riley staff did their own tests and confirmed their biggest fear: the cancer was in Gigi's blood.

Kristina and her husband Justin, who works odd, long hours with a delivery company, turned to prayer.

The chemo treatments helped a lot, but took a lot out of Gigi. Because her immune system was compromised, she kept catching illnesses.

The Riegels were at Riley for a month the first round — 10 days worth of chemo on Gigi. The emotions were raw, But the news was good. Gigi was in remission. There was a lot of hope, but it unfortunately didn't last long.

Doctors knew Gigi would need a bone marrow transplant, and Riley staff wanted as close to a 100 percent match as possible.

Gigi's immediate family was tested first. Anxiously waiting on results, they wondered if she would need to be put on the registry. They didn't need to. Gigi's older sister, Nadia, was the one. She was a 100 percent match.

Gigi and her sister Nadia play together in a bed at Riley Hospital for Children. Nadia was a perfect match for Gigi's bone marrow transplant surgery. (Riegel family)

It was emotional for Nadia, who was scared of needles and surgery. She was only 8.

"She kind of had this idea that her sister's life is in her hands and that can be very overwhelming, very scary, I think even for an adult," Kristina said.

The surgery was a success. Nadia helped save her sister's life. Gigi's cancer was in remission. Now, she's a survivor.

Kristina says she still holds her breath if Gigi gets a cough or starts feeling sick. She knows the cancer could always come back. But they also know Riley Hospital will always be there, too.

"Even today when I tell her that we're going to go to Riley, she kind of gets excited because they become like a second family, and it becomes kind of like a second home."

The Riegels are now back home, celebrating Christmas as a family with another wonderful gift on the way: a new baby boy due any day.

If you'd like to support Riley Hospital for Children, you can donate to the Be the Hope Now campaign at rileykids.org.