Officials said Santa was delivering candy canes to kids playing in the community and was not hurt in the incident. 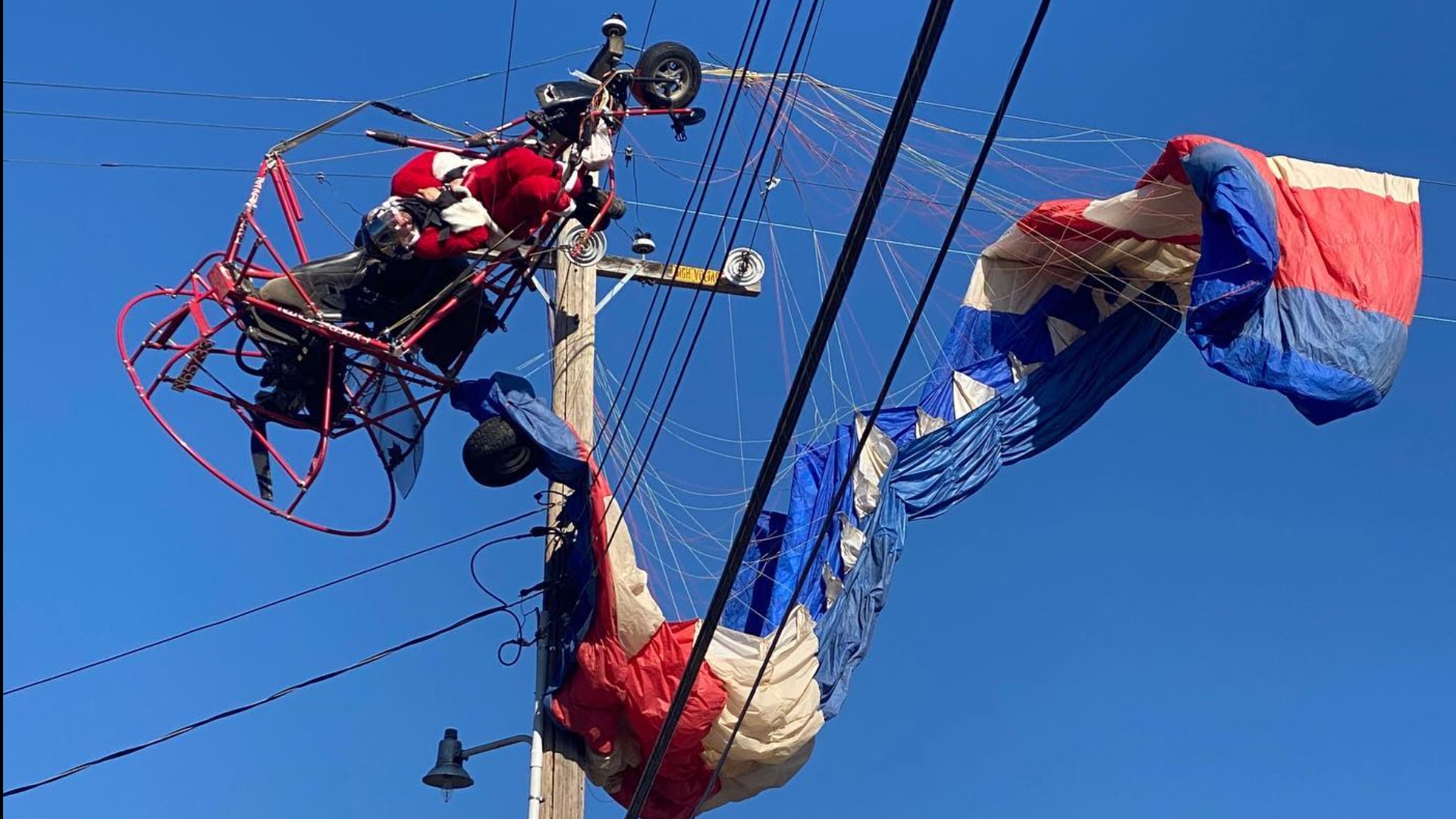 SACRAMENTO, Calif. — A parachuting Santa was rescued in Rio Linda on Sunday. Sacramento Metro Fire responded to an incident of a powered parachute getting stuck in some power lines on a power pole near 7th Ave. What they didn't expect to see was Santa Claus and his sleigh getting stuck in some power lines. Santa was flying a "hyper light" aircraft, according to Sacramento Metro Fire.

CHP North Sacramento also responded to the incident and posted about it on Facebook saying, "We typically don’t respond to a 'Rudolph lane-changed me' call, but when you get multiple calls... it’s best to go check it out."

SMUD was called to turn off the power before before Metro Fire helped get Santa down. About 200 homes were without power for a little bit.

"Turns out Santa was trying to get some last minute fun in before the holiday and got into a hot wire situation," CHP North Sacramento said in their Facebook post.

"We are happy to report Santa is uninjured and will be ready for Christmas next week, but perhaps with a new sleigh!" Metro Fire said in a tweet.

We are happy to report #Santa is uninjured and will be ready for #Christmas next week, but perhaps with a new sleigh! pic.twitter.com/muYQex4zYU

So no need to worry about Christmas presents not getting there on time because officials say Santa was not hurt in this incident.

"Although the pilot had a mishap, he was actually out doing something really good for the community and in 2020, I think it's something that we all need," said Captain Chris Vestal with Sac Metro.

Vestal said the parachuting Santa was delivering candy canes to kids playing throughout the community.

The parachuting Santa was flying solo in his sleigh today, meaning Rudolph and all of the other reindeer are also safe, although the elves might have some work to do on the sleigh before Santa flies it out on Christmas Eve.

"Christmas is still going to happen. Christmas is not canceled because of this incident, and we can look forward and say that there's a lot of positivity," Vestal said.