ST. LOUIS — Warner Brothers caused a seismic shift in the film industry today, announcing that their entire 2021 film slate-releases such as "Dune," "Judas and The Black Messiah," and "The Suicide Squad"-will be released all at once in theaters and digitally on HBO Max.

Here's why it's a good thing for the casual and hardcore movie fan.

The only party losing money here is the studio. Instead of paying close to $100 for tickets and concessions for the average size family, everybody stays home for the neat price of an HBO MAX subscription. Yes, it will increase, but not as much as it would to see ONE movie in a theater. This way, the family comes home and can watch a new release in the same room.

Parents are winners here. If the kid has an accident, spilling all the nacho cheese over the couch, you just have to hit pause and handle it, instead of missing the pivotal plot point where the hero's dad perishes in battle. You come back in and wonder if the actor just quit the movie early, or 20 minutes just disappeared.

For the regular consumer, this is a money saver.

Warner Brothers can now release their smaller films without the brainstorming operation of predicting its theater performance. People are more likely to stay home for a hardcore drama instead of going out to the theater. One of the biggest traffic stops for a more modestly-produced film was a studio looking at the five theaters to place it into. Now, HBO Max awaits the thinking-minded thrillers, as well as the popcorn tossing action blasters. Pulling a point from the first section, the studio may not greenlight so many overly expensive blockbusters, instead seeing a new avenue for their "smaller" films.

It wasn't Amazon. It wasn't Hulu. They all just followed the playbook set down by the service that used to drop movies into your mailbox for rent. A wild idea that knocked out Blockbuster and now sends a seismic shift to movie theaters. But it was coming, folks. There was a successful template earlier this year with "Trolls: World Tour" and "Mulan," movies that went straight to streaming instead of theaters. They performed very well, which helped provide data for studios like Warner Brothers contemplating how to move forward during a pandemic. COVID-19 essentially sped up plans that were already in place.

Once "Tenet" flopped this past summer, the move gained a lot of steam-but it was always on the way. 2020 just pushed it through.

Some may think I say this with the confidence of a dad telling his son Iron Man really isn't gone, but hear me out. Big budget films like "Matrix 4" will pull A LOT of people to the theater still. Films grossed big numbers before COVID-19, and will do that again afterwards. Some films won't make as much money, but movie theaters will be attended for the simple fact that their screens are bigger and louder. They have beer off tap, various snacks, and the event of going to the theater is still one a family will take once vaccines are widely available. 2021 will look different and reset the table, but movie theaters won't be brushed off all the way.

Some may not survive, but several will. I will die on this hill. If you give people the chance to see "Avengers: Endgame" in a theater or on their couch without a deadly virus running rampant, plenty will still choose the first option. Believe me when I tell you, I can't wait to watch a movie in a gigantic theater with a bunch of other movie fans. It's not dead.

Everyone, including the elderly and disabled, can see a new flick

Remember this before you complain. More people will see movies now. Sure, theaters will lose profit and Warner Brothers will lose profit at first, but the people who just can't get out to the theater will now have a place to watch movies on opening night. The theater with one or two wheelchair accessible rooms will no longer prohibit an older couple from having a date night. They can just put on the pajamas and cuddle on the couch.

Bottom Line: Every time I publish a new movie review, the reader will ask where they can see that film, or more clearly, when is it coming to streaming? During unprecedented times, big studios have to adapt, and this is Warner Brothers reading the signs and going with a new plan. Instead of letting 2021 unfold a little and then calling an audible, Warner Brothers just chose to lead the world into a better way of watching new movies.

They just made it more accessible to families, the elderly and disabled communities, and also for couples who want to escape hate when they are in public. They opened the doors and screamed, "come on in and enjoy."

Ladies and gentlemen, this is the way out of a sad year. Trust me. Rolling over on Friday morning and clicking the remote a couple times towards television for the new release to play never sounded so good. 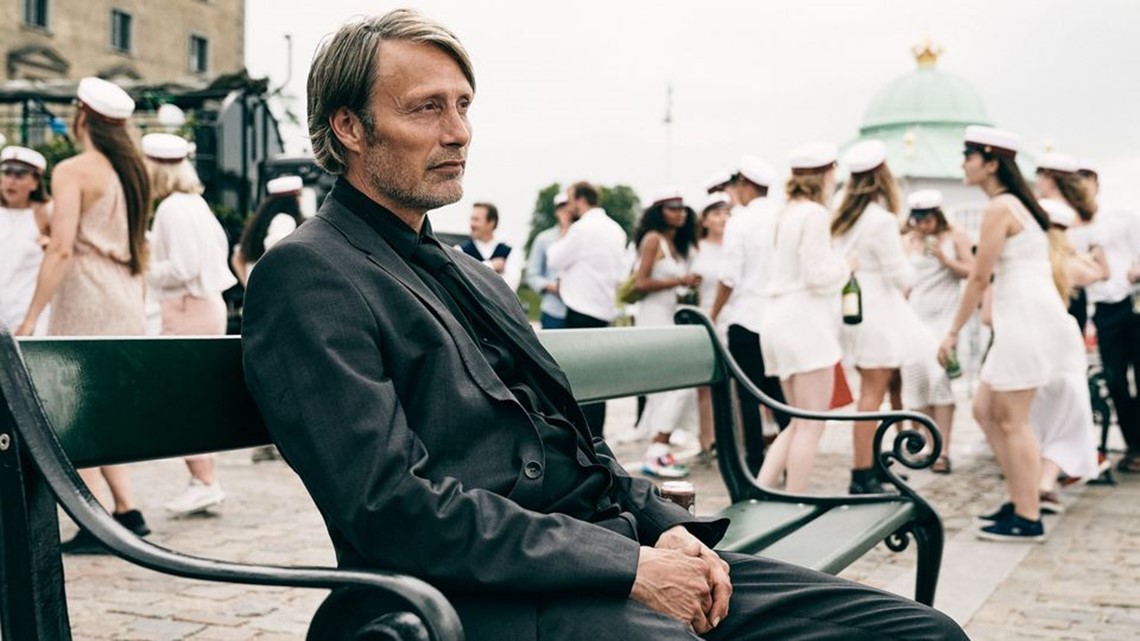 Commentary | The most important advice that a film critic needs during awards season
While it's easy to follow the pack in awards season, liking all the popular films, every film critic needs to craft their own "best" lists. ST. LOUIS - It's easier to follow the pack. There's strength in numbers, you're always feeling somewhat safe around the masses, and no one will be able to see you individually.