Super Bowl LIV by the numbers

Some fun facts about Sunday's big game, its history, and what we as fans do when watching it. Here's a hint: People eat a LOT of chicken wings. 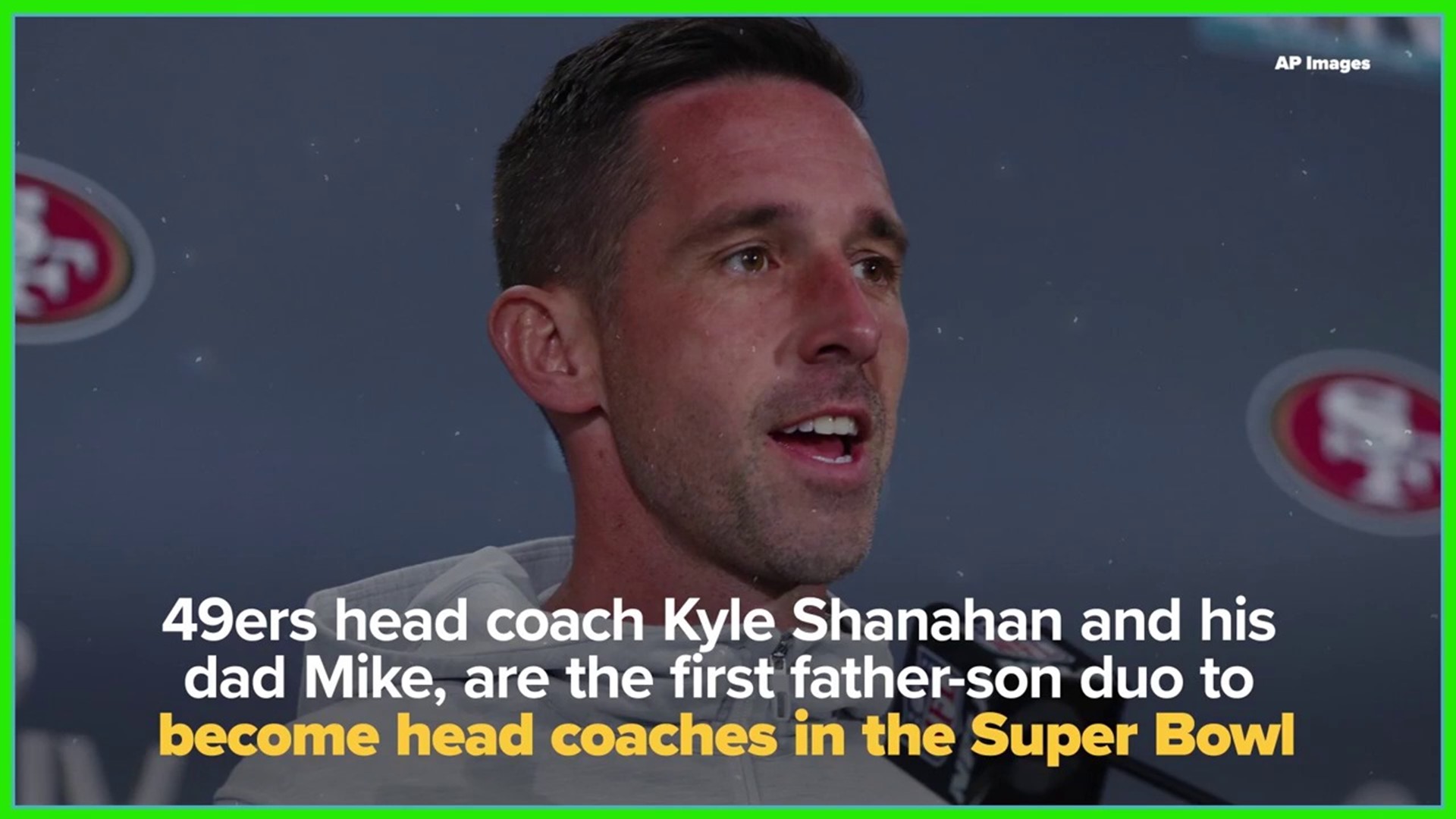 INDIANAPOLIS (WTHR) - Super Bowl LIV is coming up between the San Francisco 49ers and Kansas City Chiefs. It's the first time these franchises will face each other in the ultimate game.

Here are some fun facts with numbers, both about this game and Super Bowl history in general.

49ers coach Kyle Shanahan and his father, Mike, become the first father-son duo to appear as head coaches in the Super Bowl. Mike coached the Denver Broncos to wins in Super Bowls XXXII and XXXIII.

The 49ers can win a record-tying sixth Super Bowl, joining the New England Patriots and Pittsburgh Steelers. The Chiefs can win their second.

The percentage of NFL fans who said they would give up sex for a year for the chance to see their team in person play in the Super Bowl, according to a survey by Ticketmaster.

It's been a decade-and-a-half since Chiefs coach Andy Reid made it to a Super Bowl. He took the Philadelphia Eagles there after the 2004 season, but lost to the Patriots.

The fewest points scored in a Super Bowl, set in Super Bowl LIII when the Patriots beat the Los Angeles Rams 13-3.

The biggest comeback in Super Bowl history happened in Super Bowl LI when the Patriots came back from a 25-point deficit to beat the Atlanta Falcons in overtime. New England was down 28-3 in the third quarter.

Depending on which team wins, Kansas City quarterback Patrick Mahomes or San Francisco quarterback Jimmy Garoppolo will become the 30th signal-caller to win the Lombardi Trophy in his first Super Bowl appearance.

This is the first time in 50 years that the Kansas City Chiefs will appear in the Super Bowl. The San Francisco 49ers have made six appearances in that span, winning five.

Even though parties seem to be the thing to do on Super Bowl Sunday, 54% of people say they won't attend one this year according to Statista. About 24% plan to attend a party, 17% plan to throw one and 5% plan to watch the game at a bar or restaurant.

The most points scored in a game came when the 49ers beat the San Diego Chargers 49-26 in Super Bowl XXIX.

Adults are expected to spend around $80 on Super Bowl Sunday, with most of that going to food and beverages.

The longest Super Bowl by elapsed time from kickoff to end of the game, was 4 hours and 14 minutes -- 254 minutes -- in Super Bowl XLVII between the 49ers and Baltimore Ravens. That's due to a 34-minute delay when the lights went out in the New Orleans Superdome.

That's the cost of an average Super Bowl ticket as of Jan. 20, according to Ticketmaster.

During the first Super Bowl, a reserved seat cost $6-12.

The amount CBS had to pay in fines for Janet Jackson's "wardrobe malfunction" during the Super Bowl XXXVIII halftime show. CBS paid $0 when Adam Levine of Maroon 5 went shirtless in Super Bowl LIII.

The number of pizzas Domino's says it typically sells on Super Bowl Sunday.

The estimated cost for a 30-second commercial during Super Bowl LIV. Back in the first Super Bowl, which also involved the Chiefs, the cost was $37,500.

The number of people who tuned in for Super Bowl XLIX between the Seattle Seahawks and New England Patriots. It's still the single most-watched television event in U.S. history, according to StubHub.

Super Bowl LIII had the fewest viewers for a Super Bowl in the past decade -- 98.2 million.

The average number of chicken wings Americans eat each Super Bowl Sunday over the past five years according to the National Chicken Council, give or take a few hundred thousand.

The approximate amount of Super Bowl-related consumer spending in the U.S.