When nature photographer Joani White showed up at the G.W. Zoo in 2016, she knew something wasn't right. 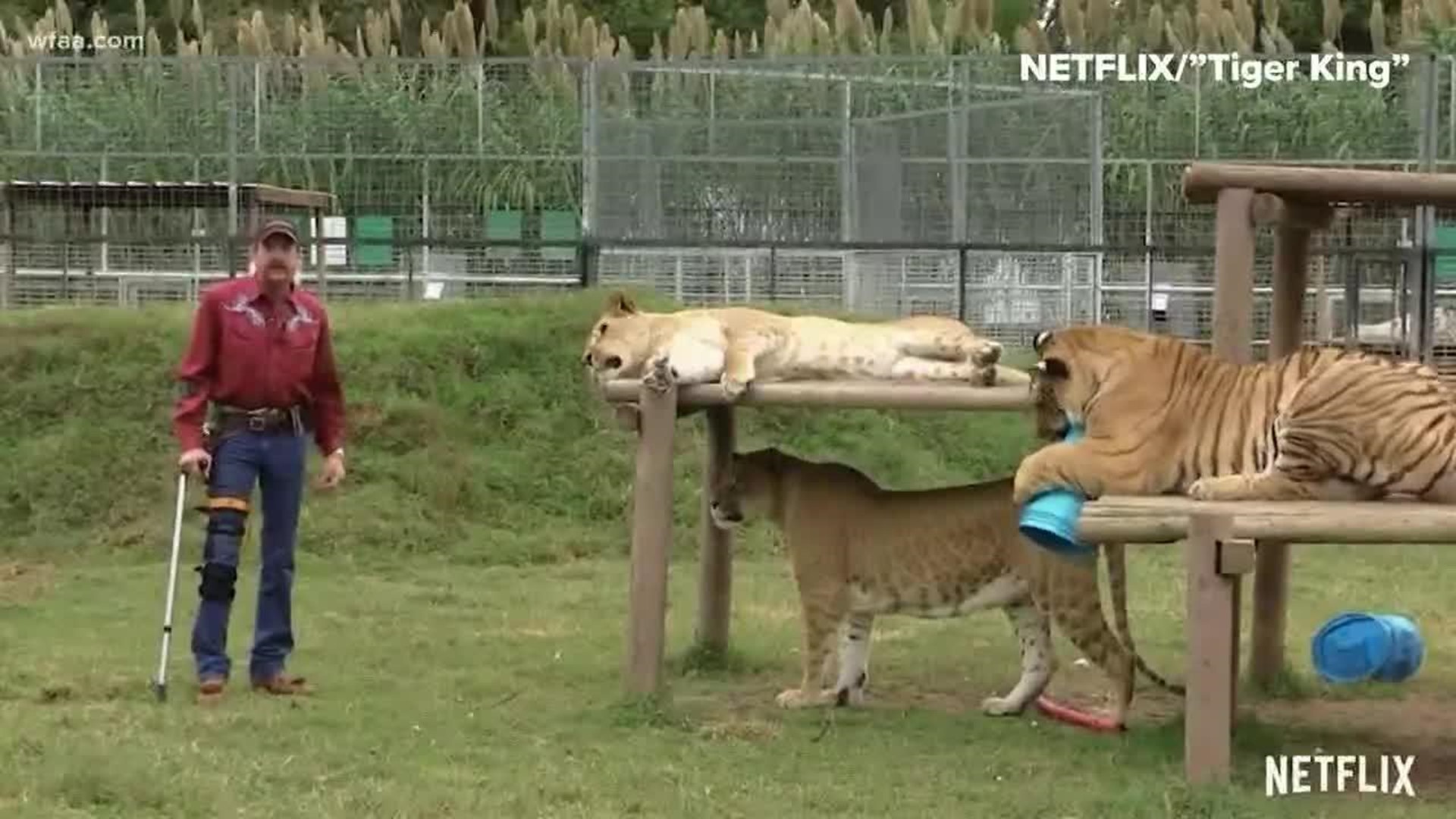 CEDAR HILLS, Texas (WFAA) — As a nature photographer, Joani White has traveled to every continent taking pictures of wildlife. But one trip was more wild than the rest.

The trip happened a few years ago when White responded to an ad on Craigslist.

"[The ad] said, 'Seeking a wildlife photographer with video experience,' White said. "Definitely my curiosity was piqued at that point."

White packed her gear and drove two hours from her home in Cedar Hill, Texas, to a privately owned zoo in Oklahoma. At the time, she knew nothing about the place.

But she definitely does now.

The G.W. Zoo in Wynnewood, Oklahoma is the subject of one of the most-watched shows currently on Netflix: "Tiger King." It focuses on the park's former owner, Joe Exotic, who, for years, had been accused of abusing and neglecting his animals.

When White showed up to take pictures back in 2016, she knew something wasn't right.

In her 15-year career, White had never been allowed as close to wild animals as she was at the G.W. Zoo.

She said the staff let her in the cages with tigers, meaning she was just a few feet away from the animals. She said it “felt weird” compared to everywhere else she’d taken pictures, like they were doing something they shouldn’t.

And the man who led her around kept looking over his shoulder, like he was somehow going to get in trouble, she claimed.

However, she didn't know the extent of what was going on there until "Tiger King" debuted on Netflix in March.

Joe Exotic is currently serving 22 years in federal prison after being convicted on charges of animal abuses and murder for hire. He filed a $94 million federal civil rights lawsuit from prison against multiple government agencies and his former business partners three days prior to the release of the docuseries.

White said, unfortunately, there are likely other stories just like hers, but she's hopeful her pictures can bring awareness to animals that are abused and exploited for profit.