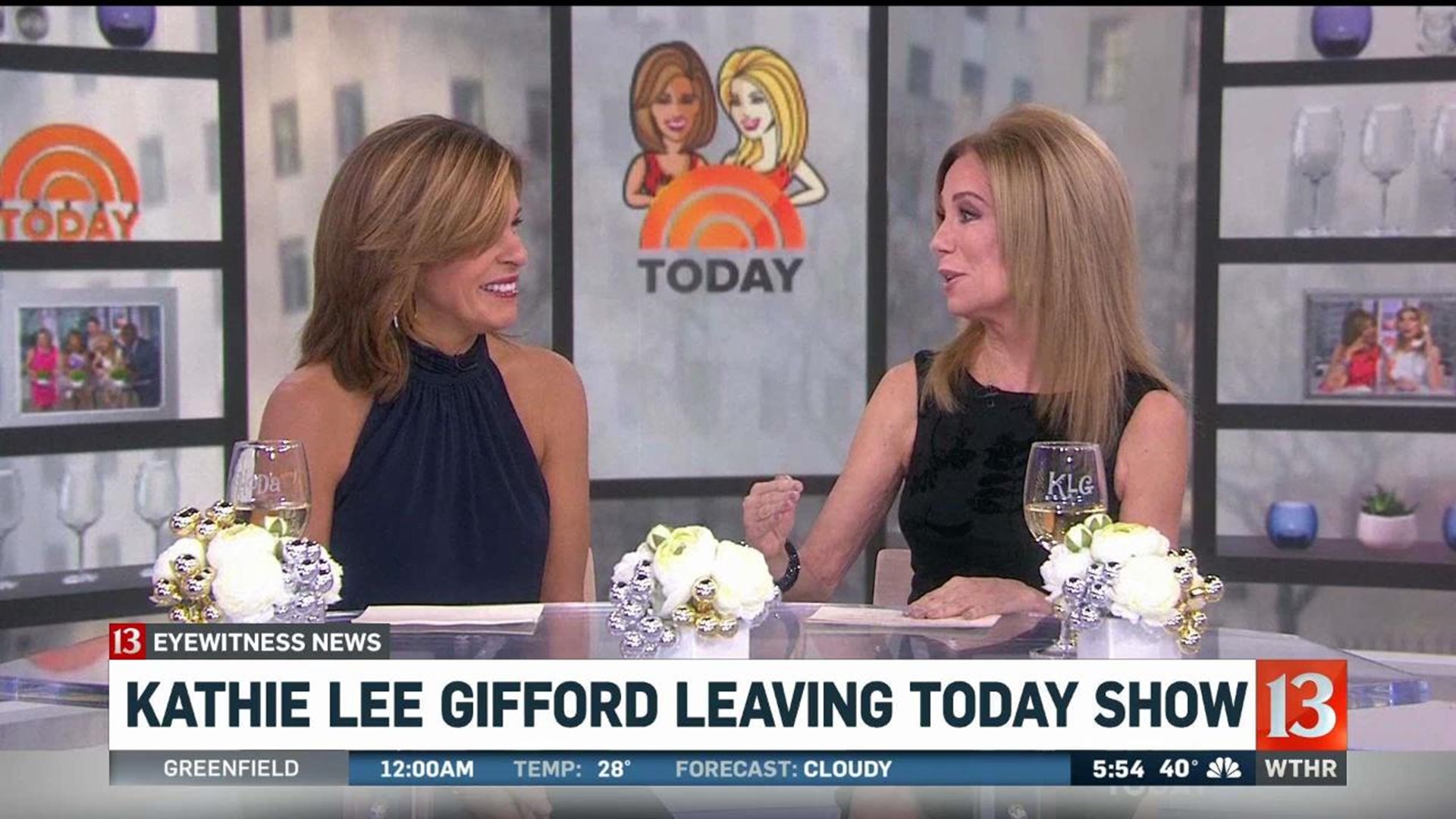 On Tuesday's show, she said when she started, she planned to stay for one year, but stayed as long as she did because she fell in love in Hoda Kotb. She said she'll be leaving on her 11th anniversary with Kotb.

"It's an exciting time for me, and I'm thrilled about all the projects coming up," Gifford said. "But it's also hard because the reason I stayed longer than a year is because I love everybody here so much."

"The minute you stepped into my life with both feet, everything changed," Kotb said. "I was thinking about everything good that's happened in my life, has happened since you came."

Gifford went on to thank all the viewers for all the love and support, and said she has an idea of who might be wonderful to fill her roll, but she did not reveal whom.