"Jeopardy!" host Alex Trebek announced Wednesday he has been diagnosed with pancreatic cancer. 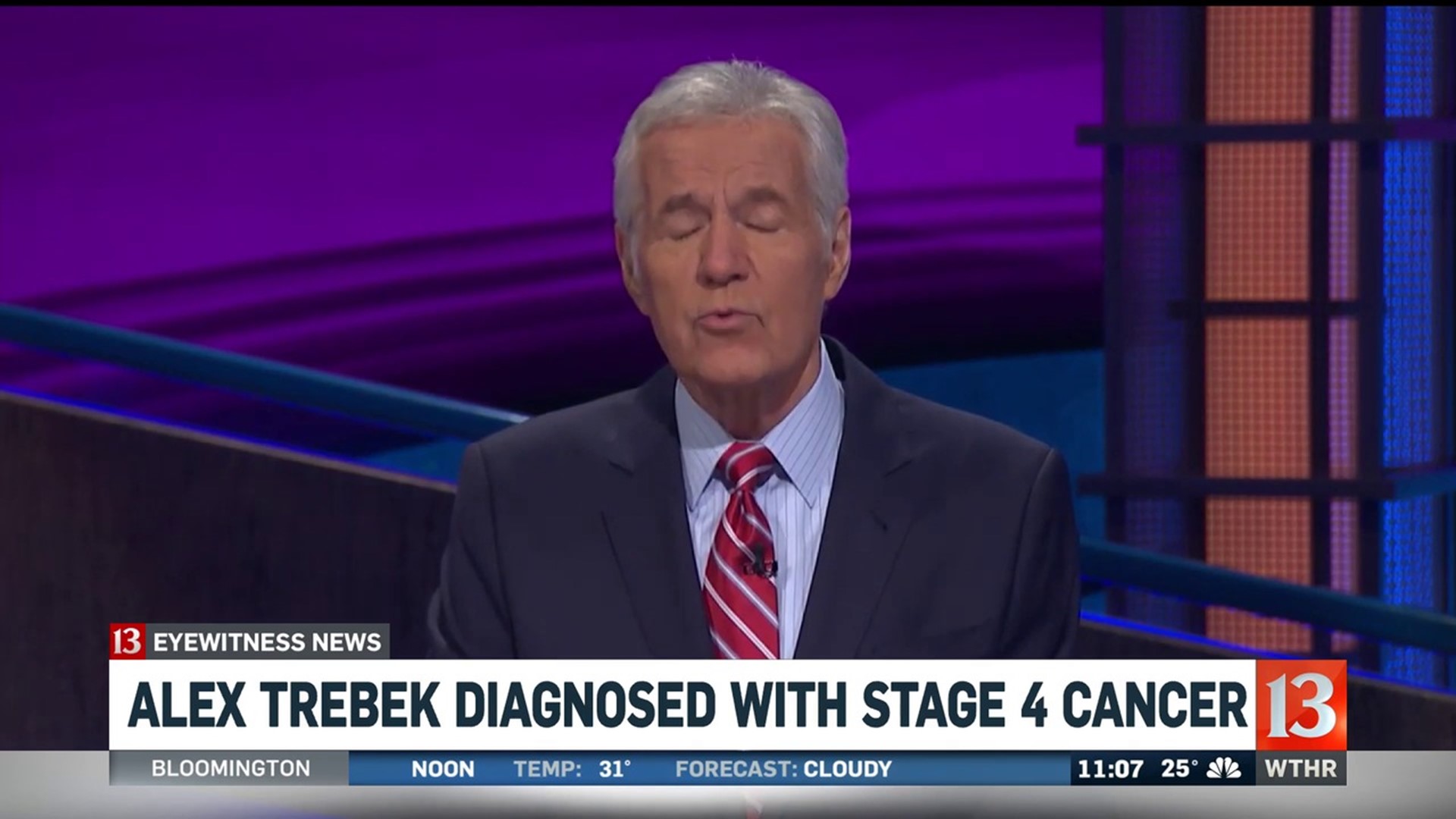 The 78-year-old Trebek, who has hosted the popular quiz show since it began in syndication in 1984, addressed his Stage 4 diagnosis on the show's YouTube page.

Here is Trebek's full statement from the video:

"Hi everyone, I have some news to share with all of you and it’s in keeping with my longtime policy of being open and transparent with our Jeopardy! fan base. I also wanted to prevent you from reading or hearing some overblown or inaccurate reports regarding my health. So therefore, I wanted to be the one to pass along this information.

Now, just like 50,000 other people in the United States each year, this week I was diagnosed with stage 4 pancreatic cancer. Now normally, the prognosis for this is not very encouraging, but I’m going to fight this, and I’m going to keep working. And with the love and support of my family and friends and with the help of your prayers also, I plan to beat the low survival rate statistics for this disease. Truth told, I have to! Because under the terms of my contract, I have to host Jeopardy! for three more years! So help me. Keep the faith and we’ll win. We’ll get it done. Thank you."

Fellow game show host Pat Sajak and others turned to social media to express their thoughts after Trebek's announcement.

The Sajak family is deeply saddened to hear of Alex Trebek’s struggle with cancer. Our hearts go out to him and his family. But there is no one I know who is stronger and more determined, and I would never bet against him. We, and the entire country, are pulling for you, Alex.

I’ve said this before but Alex Trebek is in a way the last Cronkite: authoritative, reassuring TV voice you hear every night, almost to the point of ritual.

Oh my God. If anyone can beat this, you can. Sending heartfelt good thoughts and best wishes for a speedy and full recovery. We love you, Uncle Alex! https://t.co/D9PqihFJUh

Trebek has gone online before to get out word about his health. In January 2018, he posted a video announcing he'd undergone surgery for blood clots on the brain that followed a fall he'd taken. The show was on hiatus during his recovery.

In 2007, he was hospitalized for about a week after suffering what was described as a minor heart attack.

Trebek, who holds a philosophy degree from the University of Ottawa, was a TV and radio reporter for the Canadian Broadcasting Company before moving to the United States. He became a U.S. citizen in 1998.