An Indianapolis comedian nearly made it to the top of "America's Got Talent." 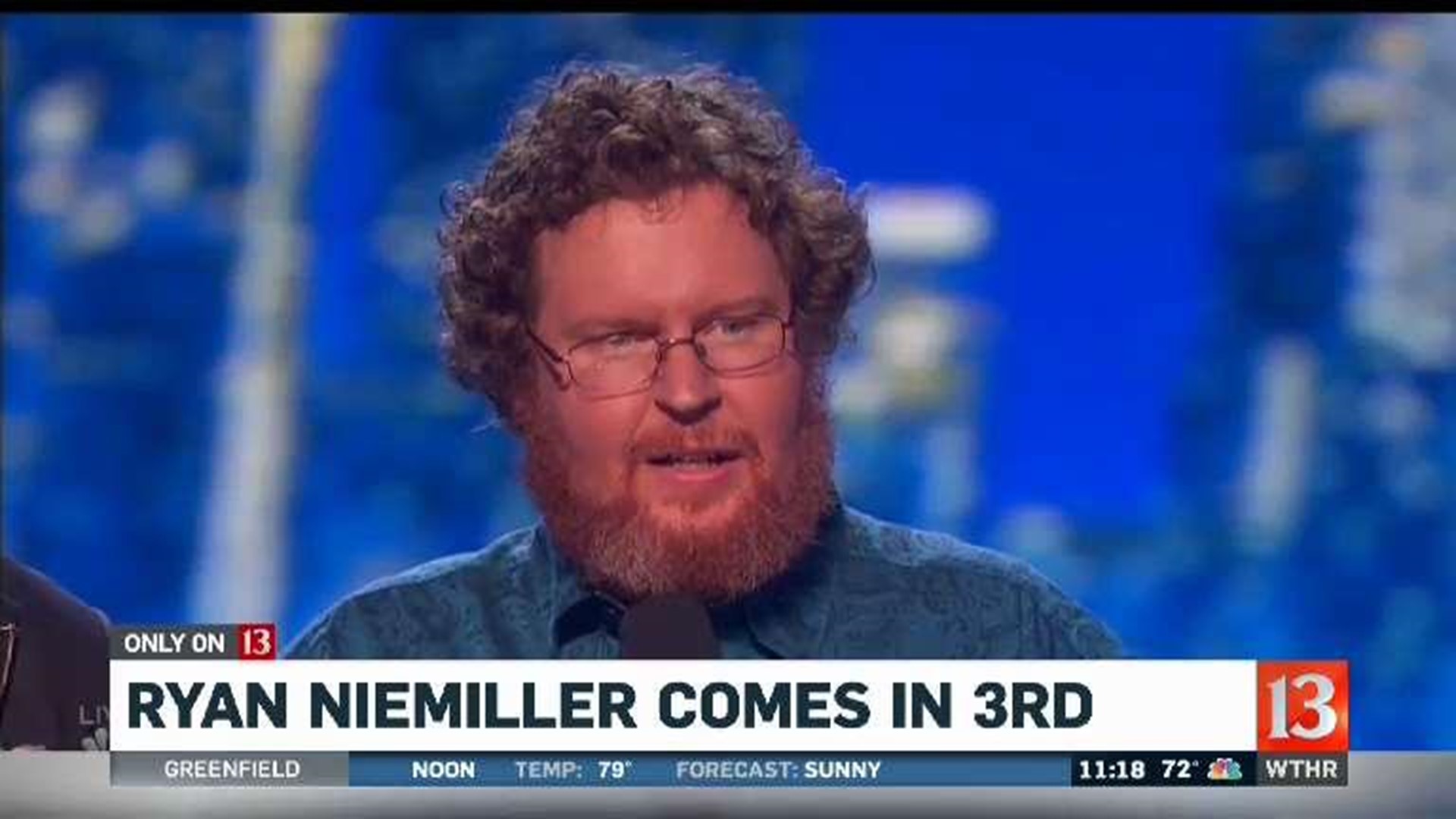 LOS ANGELES (WTHR) - An Indianapolis comedian nearly made it to the top of "America's Got Talent."

Ryan Niemiller finished third on the hit NBC talent show behind the Detroit Youth Choir and singer Kodi Lee, who won the million-dollar competition, when results were announced on Wednesday's show.

Before the results were announced, Niemiller was featured in a segment where he got to live his dream of becoming a professional wrestler with former WWE star Chris Jericho.

Television’s @CrippleThreat8 finally got to live out his fantasy of becoming a wrestler with the one and only @IAmJericho. pic.twitter.com/zkXjsn2lWV

As Niemiller thanked the judges and audience for helping him reach the finals, judge Gabrielle Union restated her offer to cast him in an upcoming project.

Before his final performance Tuesday, Niemiller shared a special message for Hoosiers who have been following his run on the show.

"I just wanted to thank you so, so much for all your support that you've given me on this journey to the finals of America's Got Talent," he said. "You guys have been amazing. I'm so glad I get to represent Indiana and not just tell a story where I say 'I'm from Indiana, but I've actually lived in Los Angeles for 20 years.' I'm looking forward to coming home, getting to see everybody. You all have been great."

Niemiller, who lives on the south side of Indianapolis, has been bringing his gift of comedy to fans all across the country and now you have a chance to help make his dreams come true.

Indy's Ryan Niemiller brought the funny again Tuesday night on America's Got Talent and needs your help to win a million bucks and his own Vegas show! Here's how you can VOTE: https://www.wthr.com/2017339

Niemiller gave himself the nickname "The Cripple Threat of Comedy" as an ode to a disability he's had in both arms since birth. He used his turn in the AGT spotlight to represent others who are living with a disability.

Here are some of Niemiller's other AGT performances: