Indiana’s own Addison Agen keeps advancing week after week, wowing the judges with her unique vocals and a sound that connects with the audience. 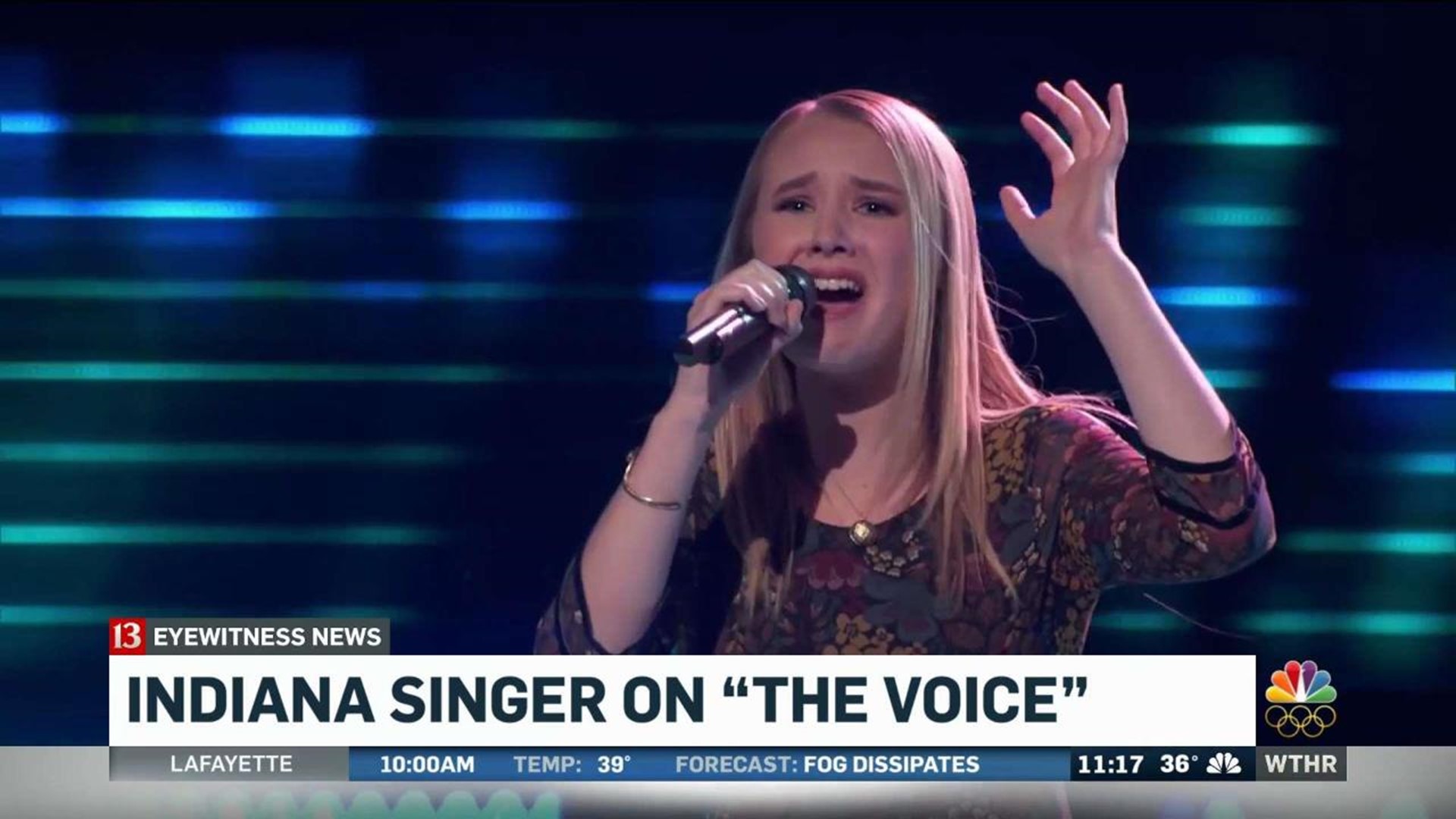 Indiana's own Addison Agen keeps advancing week after week, wowing the judges with her unique vocals and a sound that connects with the audience.

Addison Agen wrote her first song at age 11. She has been singing since she was four years old.

"She's really special. I didn't remember how good she is! I'll tell you right now man, that girl can win the whole thing. I'm talking like Grammys and adoration. She got her own sound. Her fans are gonna like worship her," The Voice judges Miley Cyrus and Adam Levine said on the show.

We discovered that's already happening in her hometown of Fort Wayne.

That's where Addison's dad owns a record store and her mom is a music therapist. Her brother Korrigan is an aspiring filmmaker and just got into Columbia Film School.

Korrigan shared that his sister had a "fan moment" on Halloween at their house.

"People came up and were like, 'does Addison Agen really live here?'… to Addison! And then she's like, 'yeah I'm her!' And then they kind-of freaked out, like pictures and autographs and I was kind-of joking like we should be handing out autographs not candy today," Korrigan said.

Addison's dad, Morrison, owns Neat Neat Neat Records and Music where she is exposed to a variety of musical styles. (WTHR Photo)

The 16-year-old songwriter has a sophisticated sound you'd expect from someone twice her age.

But this Hoosier is still in high school – most comfortable in jeans and sneakers.

She's taking classes online in between traveling to L.A. for show tapings and doing interviews with the media.

Addison says she hadn't even seen a palm tree or been on an airplane until The Voice.

“I remember being very scared, not knowing what to pack, what to expect”

"I remember being very scared, not knowing what to pack, what to expect, so that was a huge moment and since then I've been on like 15 to 20 planes so kind of used to it," Addison said.

It was a teacher who suggested Addison try out for The Voice.

She says her Spanish teacher at Concordia Lutheran High School heard her sing the National Anthem at a high school volleyball game and encouraged her to audition.

"I just took the leap, and we all kind-of took the leap, and my Spanish teacher drove us to Chicago two days in a row because I got a callback obviously," Addison explained. "That's kind-of how it all started and then it went from there and I started believing more and more that this could be real."

It got very real during the blind auditions.

Singing Jolene, Addison got the chairs to turn.

"Well I wasn't expecting them to turn right away because Adam turned like within I think the first three lines. So I saw him turn and then quickly in your brain, it's like ok I made it. Ok now just get through the rest of the song ... and you're fine," Addison said.

Her whole family was there watching just off-stage.

"I pride myself on not being a crier," said Addison's brother, Korrigan Agen. "And then the one time that I'm shown on national television, it's like a split second of me just bawling my eyes out because when the chair first turned, literally my entire body just went numb! I am definitely an insanely proud brother. It's awesome to have like a sister and best friend that you've grown up with and are like so close with just blow up on such a wide scale."

It's been quite a journey already.

First she got picked by Team Miley then got stolen by Team Adam.

Remembering every moment of this experience is important to Addison.

So she's keeping track of The Voice with a journal she spotted in a hotel gift shop when she first got to L.A.

She shared insight into the superstars who've become her mentors.

The New Playoff Round

New this year, the playoff rounds will cut the number of artists from 24 to 12.

"It's pretty much like all serious other than just they like to make fun of themselves as much as anyone else, like they're just happy, laughy people," Addison said of the coaches. "Especially Adam - he is so down to earth and laughs about everything but is also so serious and so focused on what he loves and he's happy and so excited to be where he's at."

Addison's success isn't that surprising when you learn she has deep musical roots.

She's been singing since age four, wrote her first song at 11 and put out an album at 13.

Her family even had a band years ago.

Mom started out as the lead singer, but Addison says eventually she started to sing lead vocals.

This girl has all kinds of talent.

The walls of her family's dining room are decorated with Addison's art projects from high school.

Addison's artwork covers a wall at home. She wants to be an art teacher or artist if singing doesn't work out. (WTHR Photo)

In fact, Addison's backup career is to become an art teacher or artist if this singing thing doesn't work out.

"That's pretty much the plan. Just keep doing what I love," Addison said.

Safe to say, so far music has worked out just fine.

You can watch Addison on The Voice Tuesday night for the playoff rounds on Channel 13.

You can also buy the songs she's performed on the show on iTunes.

Besides competing on The Voice, Addison is also working on her second album. 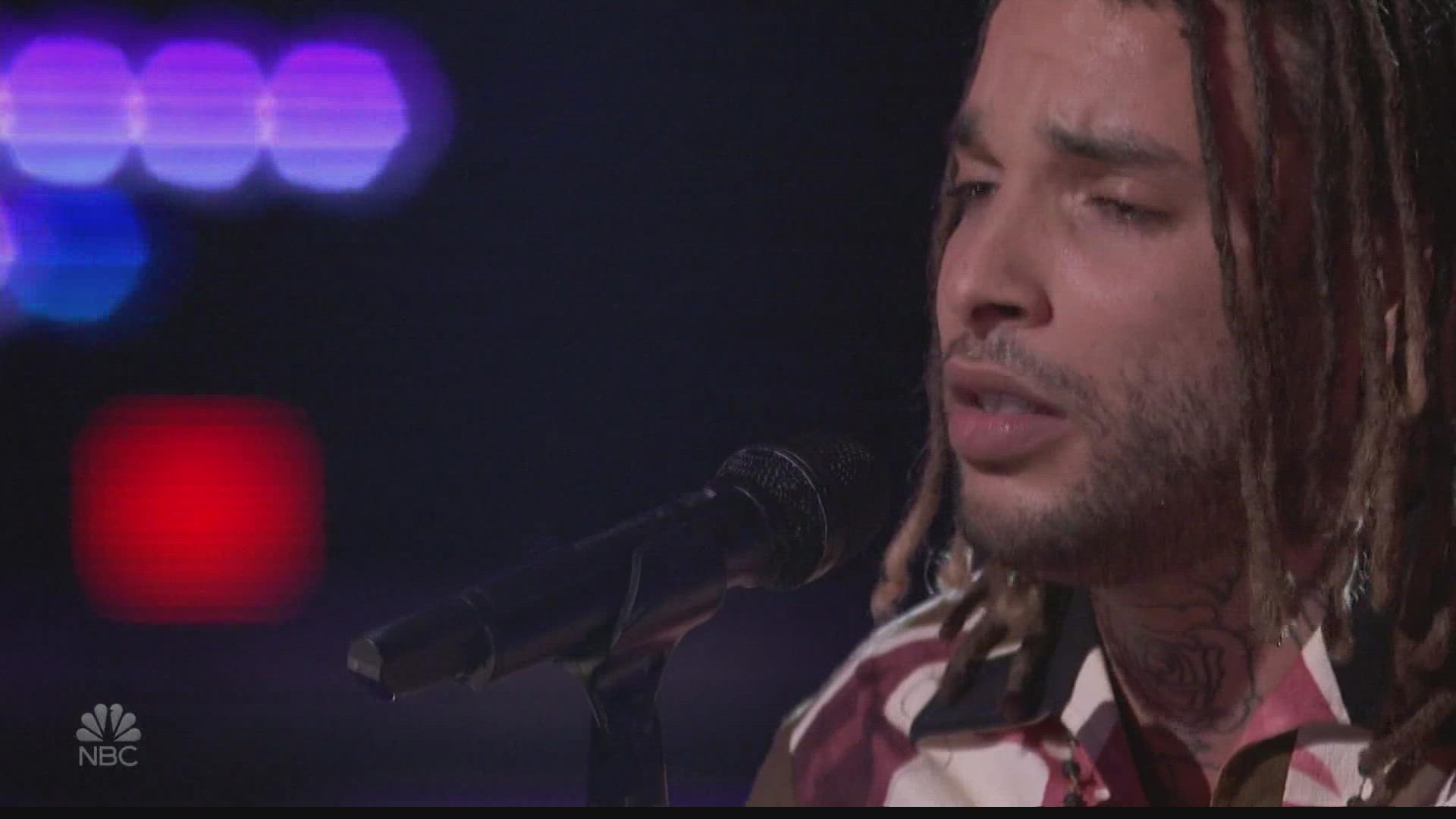