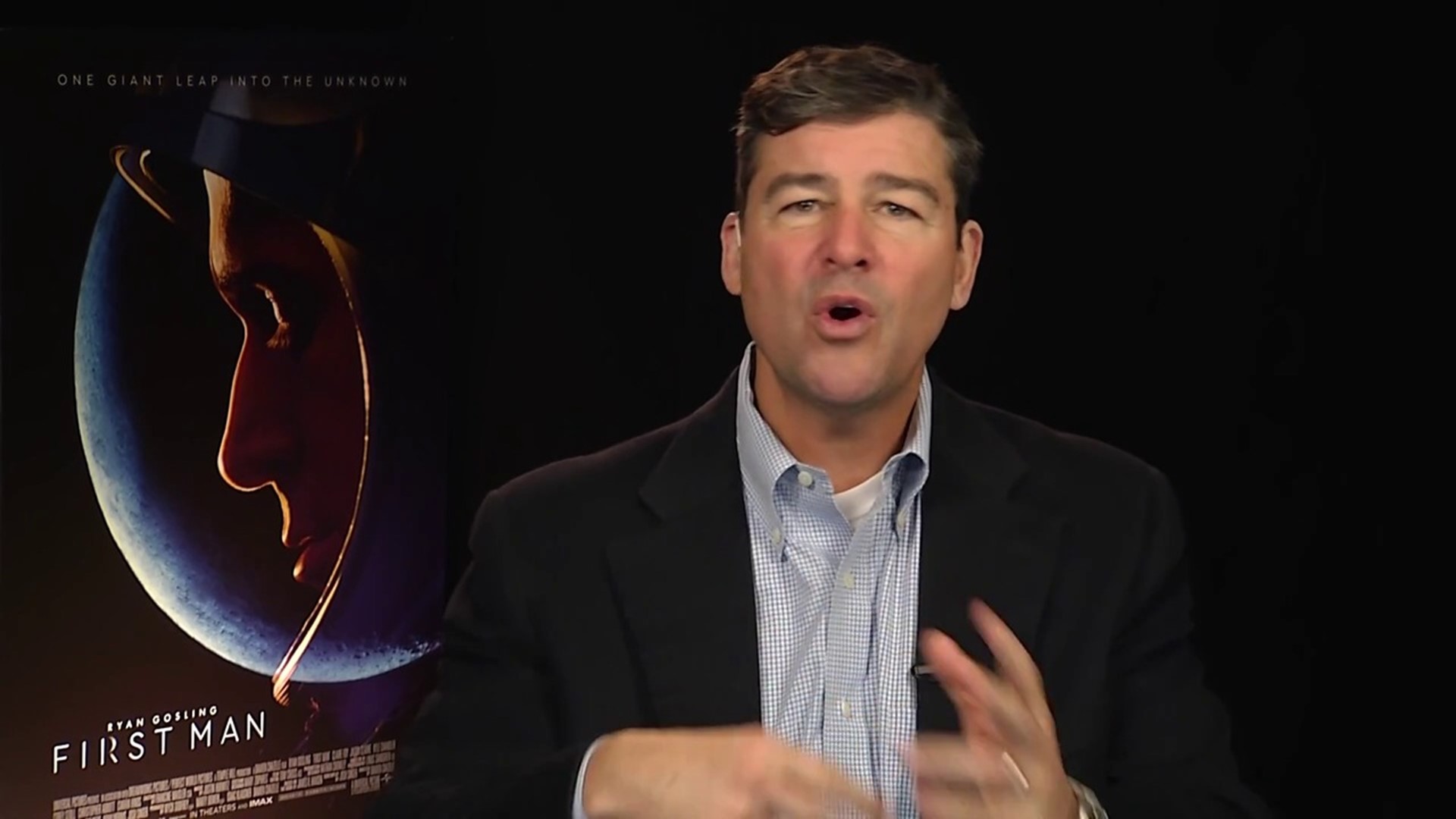 INDIANAPOLIS (WTHR) — On Friday, 'First Man' will hit movie theaters around the country.

The film is a look at the life of astronaut, Neil Armstrong, and the legendary space mission to the Moon on July 20, 1969.

On Thursday, Eyewitness News Anchor Scott Swan spoke with Chandler about the film.

Chandler says the industrial feel of the movie will be felt by moviegoers, "It is a great part of the film. The sound, the movement."

While the movie is about Neil Armstrong being the first to walk on the moon, Chandler says it is also more than that.

"It’s an incredible film. It touches on so many different aspects, but yet it does it in such a beautifully concise way because at the heart of it, it is the heart. It is the story of a man and woman and their family that their part of all of this," Chandler said.

Swan also took the opportunity to ask Chandler if there would be a reunion of 'Friday night Lights.'

Chandler is a racing fan and so Scott Swan asked him if he had ever made it to the Indy 500.

The actor said he had an invite from a friend over the years, but work always got in the way.

So Scott Swan invited him again.

"Well, come to the Indianapolis 500 one year, we’ll put you in one of those two-seaters and send you around the track at 226 miles-an-hour. How does that sound," Swan asked.

"Well, how does this sound, I’ll hold you to that. It’s on tape now. Just give me a call," Chandler quipped. "Yeah, talkin’ real big now aren’t we? I’m in, you kidding me? Of course I’ll go."

Just let us know when you're ready.