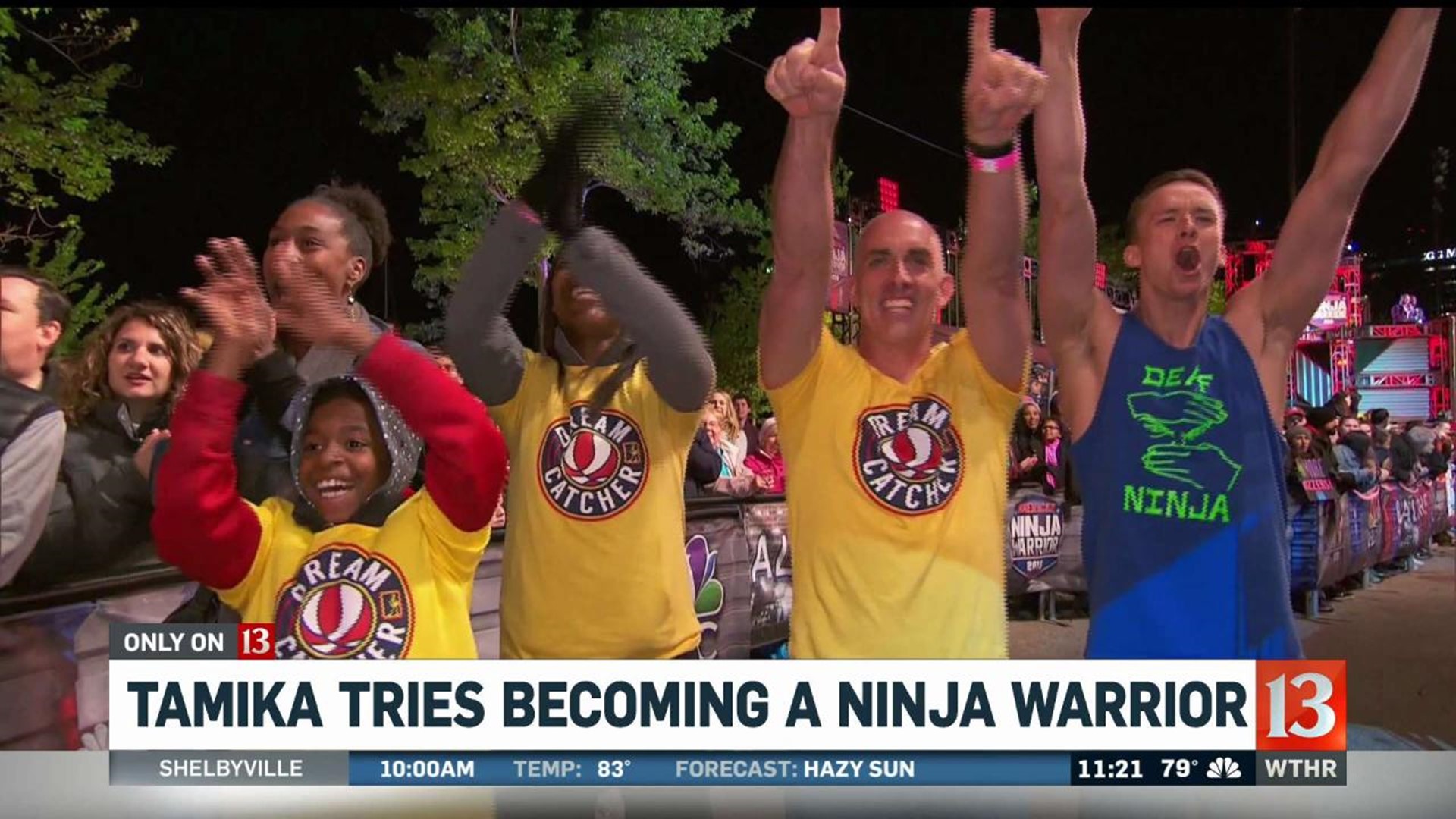 The former Indiana Fever star, who has won basketball championships at every level, took on the American Ninja Warrior course in Baltimore for a show that aired Monday night. Catchings' run was preceded by a video highlighting her professional accomplishments, including winning the 2012 WNBA Championship with the Fever.

Describing herself as the tallest woman to tackle a Ninja course, Catchings made it to the third obstacle, "Dangerous Curves," where she lost her grip midway through and splashed into the water below.

The announcers on the show noted if Catchings had completed the obstacle, she would have stood a shot at advancing to the city finals as one of the five top women in qualifying, but she instead fell just short.