John Stehr put on his conductor hat to visit Jingle Rails, a holiday favorite at the Eiteljorg Museum. 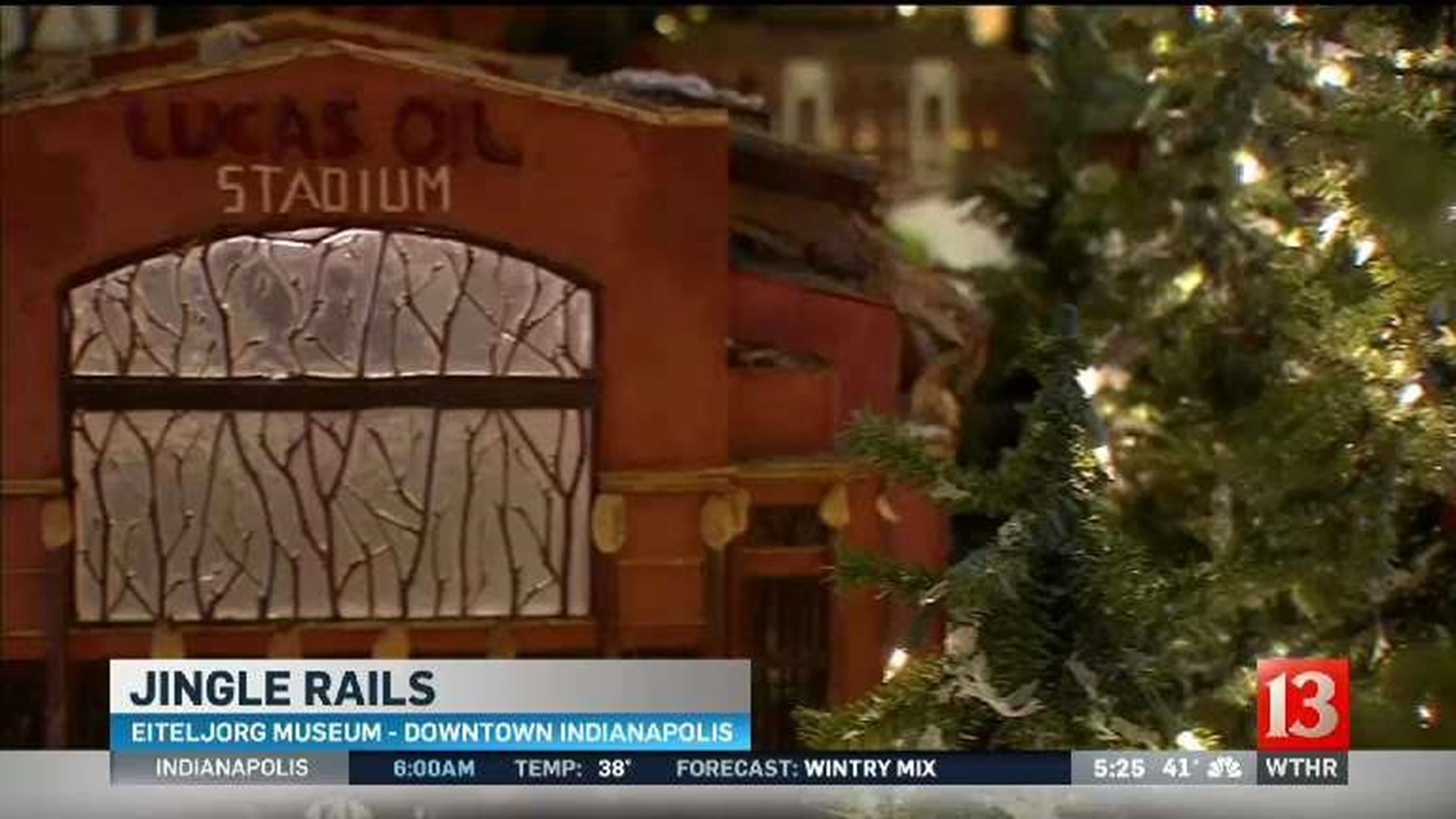 INDIANAPOLIS (WTHR) - Recently, Eyewitness News has been checking out some of the fun holiday activities for your family this season. There’s so many choices.

Today, John Stehr put on his conductor hat to visit Jingle Rails, a holiday favorite at the Eiteljorg Museum.

It’s a tradition 7 years in the making.

Tom Bronstrup, a Jingle Rails volunteer, says the first thing visitors will see upon entering is the city of Indianapolis.

“But the buildings here don't look like the buildings we see outside,” Bronstrup said. “It's kind of a different take on it all.”

“It's kind of a natural product,” Bronstrup said. “You're looking right there at a cork version of the Eiteljorg Museum, so everything is made out of a natural product of some sort. The concept of the display is "Indianapolis and the parks west," so if you walk around, you will be at the different parks west of Indianapolis. You go around, we're going to go to Mount Rushmore and the four heads are all up there, keeping in mind that they are made out of wood. Keep walking around, and on the back side of this display is Glacier Park.

There are modern displays as well, including a Las Vegas-themed one.

And the tour of the western United States includes the Grand Canyon.

We asked Bronstrup how the exhibit that plays into the traditions of downtown Indianapolis for the holidays.

“I'll go back to when I was a kid to answer that question. The thing to do was to come down to Ayres, or one of the big department stores, and look at their train displays in the window. This has kind of replaced that in my opinion and it's a different kind of concept and this would be the place to come to see a nice Christmas display with trains running on it.”

You can enjoy Jingle Rails all through the holidays and until January 16.