Did Addison win? 'The Voice' names its Season 13 champion

A new champion has been crowned on NBC's "The Voice." 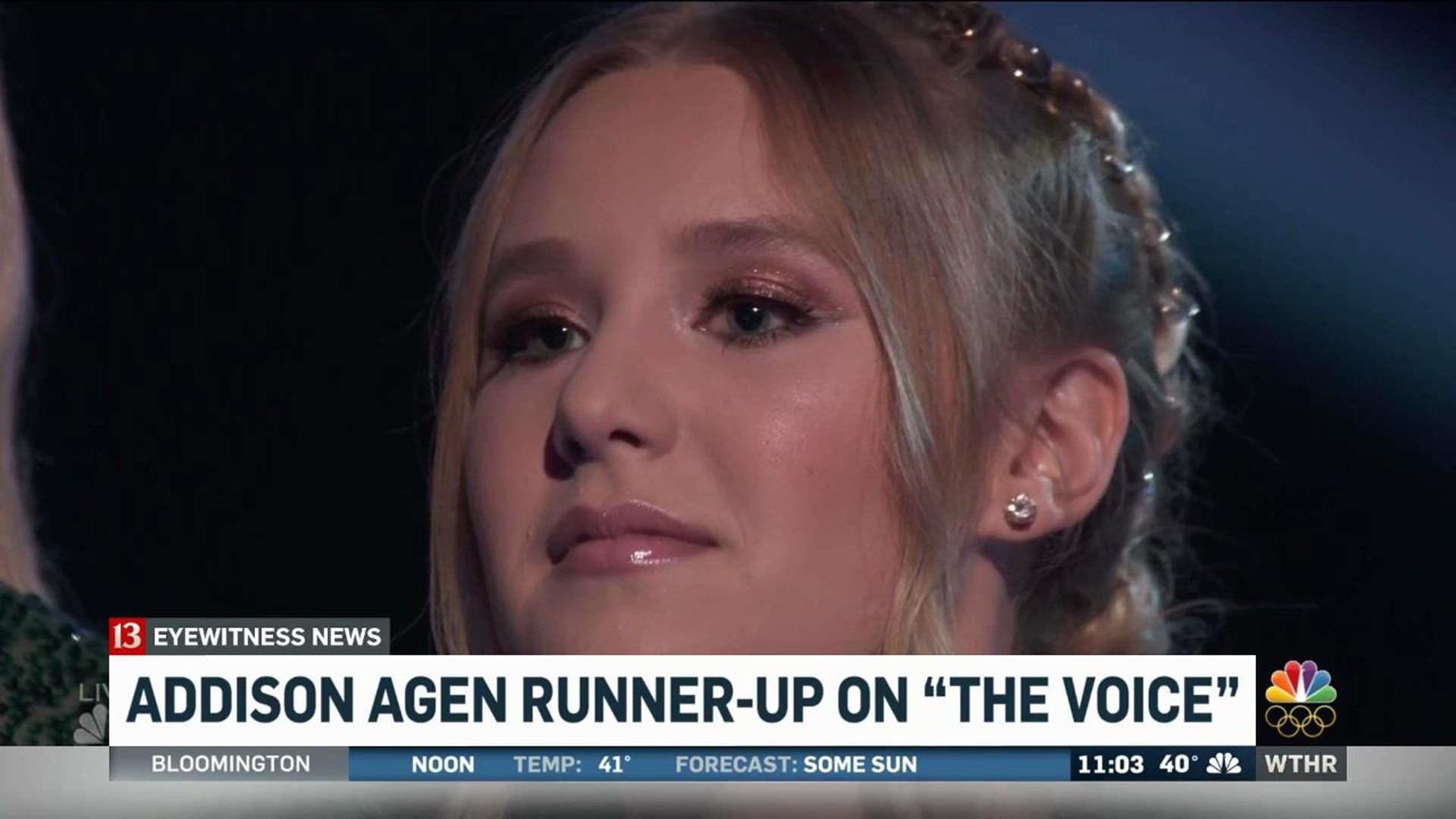 LOS ANGELES (WTHR) - A new champion has been crowned on NBC's "The Voice."

Sixteen-year-old Addison Agen from Fort Wayne finished in second place, behind Chloe Kohanski, who was named the winner of Season 13 of the show Tuesday night.

But before they got to the results, there were more performances, including a duet with Addison and Norah Jones.

Moments before the results were revealed, Addison had a chance to thank her coach, Adam Levine.

"Thank you, Adam, for believing in me from the very start. You've meant so much to me and your trust in me as a person and as an artist means more to me than you'll ever know," Addison said.

"You are an astonishing human being and as much as I think you deserve to win this, I think that for someone like you, this is not the end of anything. This is the very, very, very beginning," Levine said.

On Monday night, Addison was brought to tears as she sang Tim McGraw's "Humble and Kind," then went on to sing a duet with coach Adam Levine and performed her original song "Tennessee Rain."

Addison was hoping to become the second Hoosier in less than four years to be crowned "The Voice" champion. Indianapolis native Josh Kaufman won Season 6 of the show in May 2014. Since his win, Kaufman has gone on to perform on Broadway and at the "Circle of Lights" celebration in downtown Indianapolis. He also was joined by the Indianapolis Children's Choir, singing "Back Home Again in Indiana" before the 100th Running of the Indianapolis 500 in 2016.