A unique family card game is getting attention online and making people around the world laugh. 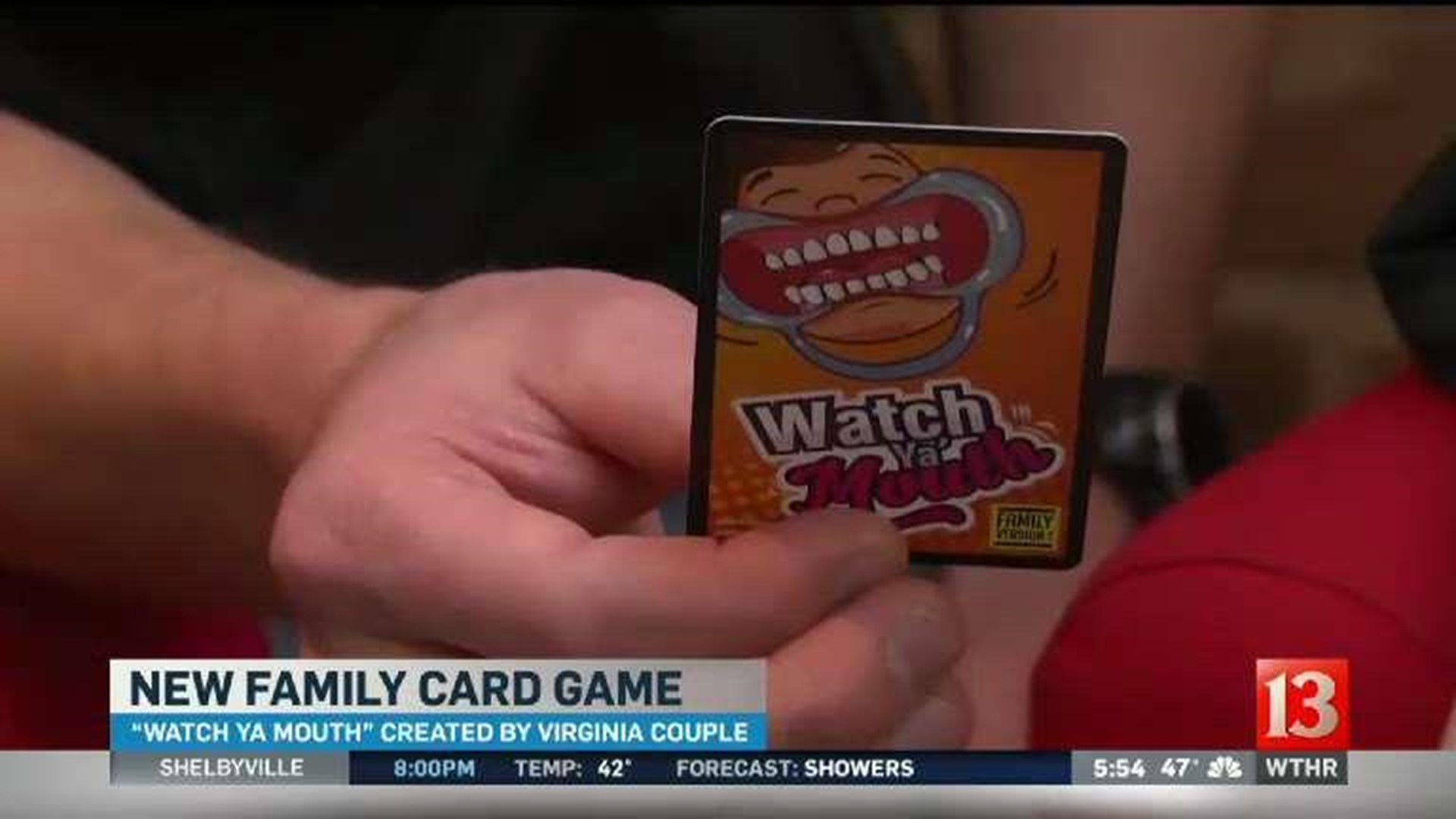 (NBC News) - A unique family card game is getting attention online and making people around the world laugh.

"Watch Ya Mouth" was created just a few months ago by Allison and Peter Denbigh in Staunton, Virginia.

It has users wearing cheek retractor mouth pieces and attempting to say funny phrases listed on the game cards.

It's definitely more difficult than it looks.

"One person wears this mouthpiece and tries to say ridiculous phrases while their partner tries to interpret what the heck that their partner is trying to say," said co-creator Peter Denbigh.

He and Allison came up with the idea earlier this year.

"We were watching a movie called 'The Boss' with Melissa McCarthy in it," Peter said. "There's a scene where she's getting her teeth whitened in her office wearing a mouth piece and it was just ridiculous."

Something perfect for social media.

"It is very rewarding to get the videos and the posts and sit down and watch them and see people laughing to the point they're falling on the ground," Allison said.

The couple has yet to slow down ever since the game's creation.

"Peter and I really are working non-stop, between customers and everything in between," Allison said.

They've expanded from selling on Amazon.com to store shelves, like Target and Toys-R-Us.

They hope their creation becomes a party game classic.

"We hope that we can have this game be part of the closet full of games in every house hold," Allison said.

As long as they continue having fun, the couple wants to continue making games for everyone to enjoy.

"There are few better ways to bring people together than laughter," Allison said.