Hoosier Jeffery James made it to the studio on NBC's "Songland" Monday night. 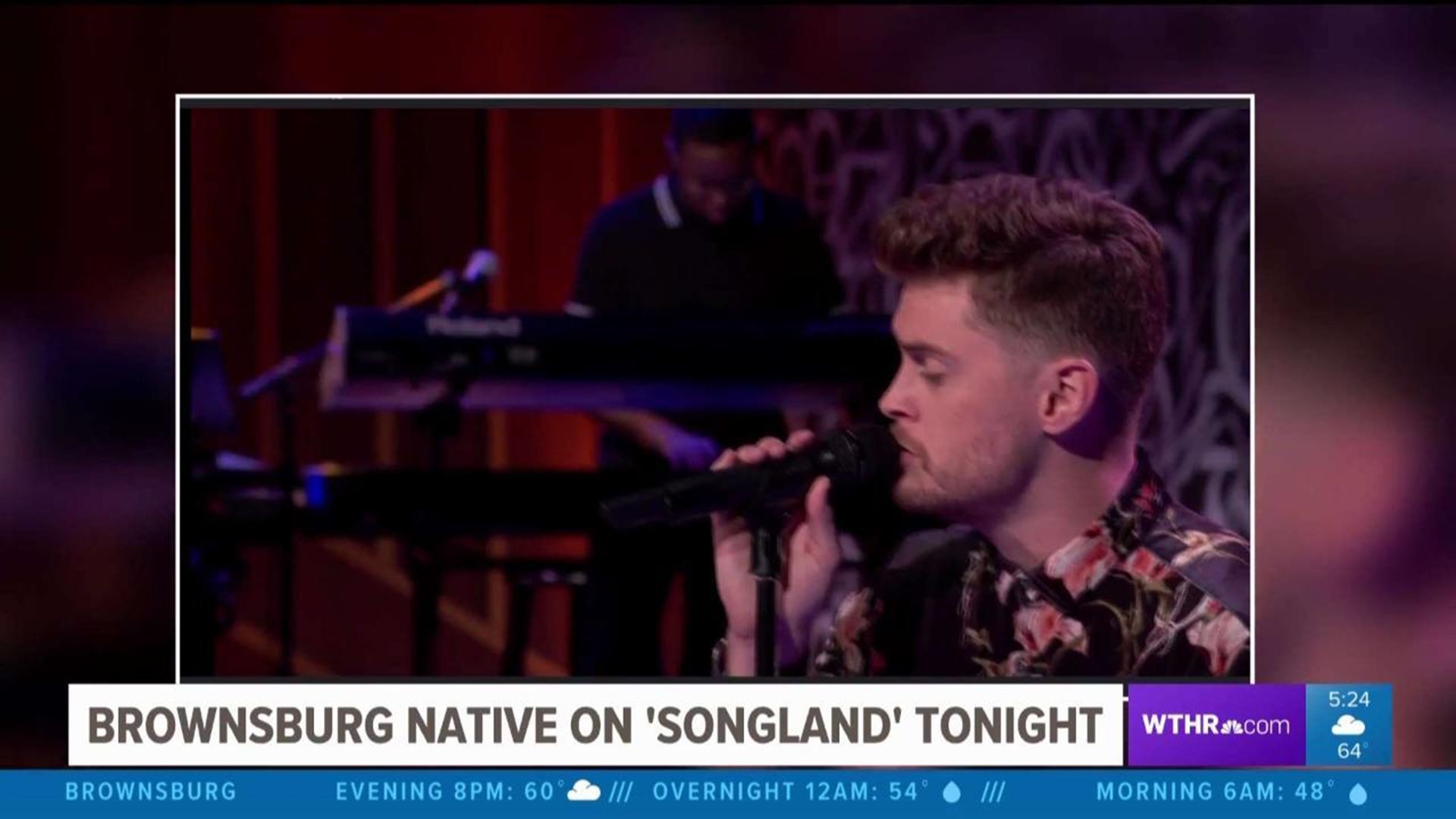 INDIANAPOLIS (WTHR) - Hoosier Jeffery James made it to the studio on NBC's "Songland" Monday night.

The goal was to have singer Martina McBride pick his piece as one she would like to perform.

"The show is really wonderful, because it's really about the art of songwriting. It's a part of the music world, I think most fans of music don't ever hear or think about because it's really behind the scenes and just showing all the talent that goes into making, ideally, a hit song," James said.

The 33-year-old is a Brownsburg native and said the episode airing Monday night was taped in January in California. Now he lives with his wife in Nashville, Tennessee, where he has been working as a full-time artist and songwriter for the last five years.

He is a graduate of Brownsburg High School and said his parents still live in Hendricks County.

"My senior year I was a captain on my basketball team, the Brownsburg Bulldogs, and dance captain on my show choir, so I was traveling two very different worlds. I came to Nashville for college (Belmont University) and stuck around and I've been a full-time artist and songwriter, writing for myself and other people and then touring around with a band. I do lots of music online and music videos. I released East London EP, which I actually wrote and recorded fully in London last year, came out earlier this year, and I just had a new single called Aftermath that released this past Friday."

James wrote the song "We Can Be (Heroes)" prior to the COVID-19 outbreak, and said it's fortunate emotions expressed in the song featured on Songland are timely now.

WATCH Jeffrey James perform "We Can Be (Heroes) below.

"My song is kind of a heartwarming, feel good song, you know, a lot of times as a songwriter, it's really easy to write sad songs or breakup songs, those are the strongest emotions that always come bubbling up," he said, "but I when I wrote that day I really wanted to write something that just, like, made me feel good and then hopefully made other people, you know, feel good as well."

The performance was enough to get James picked to work in the studio with Ryan Tedder. The duo reworked parts of the song and James performed it for McBride a second time.

"I think I'm a little bit left of center, I write a lot of pop music, but my song you'll see is basically a power ballad meant for someone who can really just sing to the rafters and that's what Martina is, and so it's a song that translates to multiple genres."

You can learn more about Jeffrey James and his music on his website.