Jim Nabors, who passed away peacefully at his home in Hawaii Wednesday night. 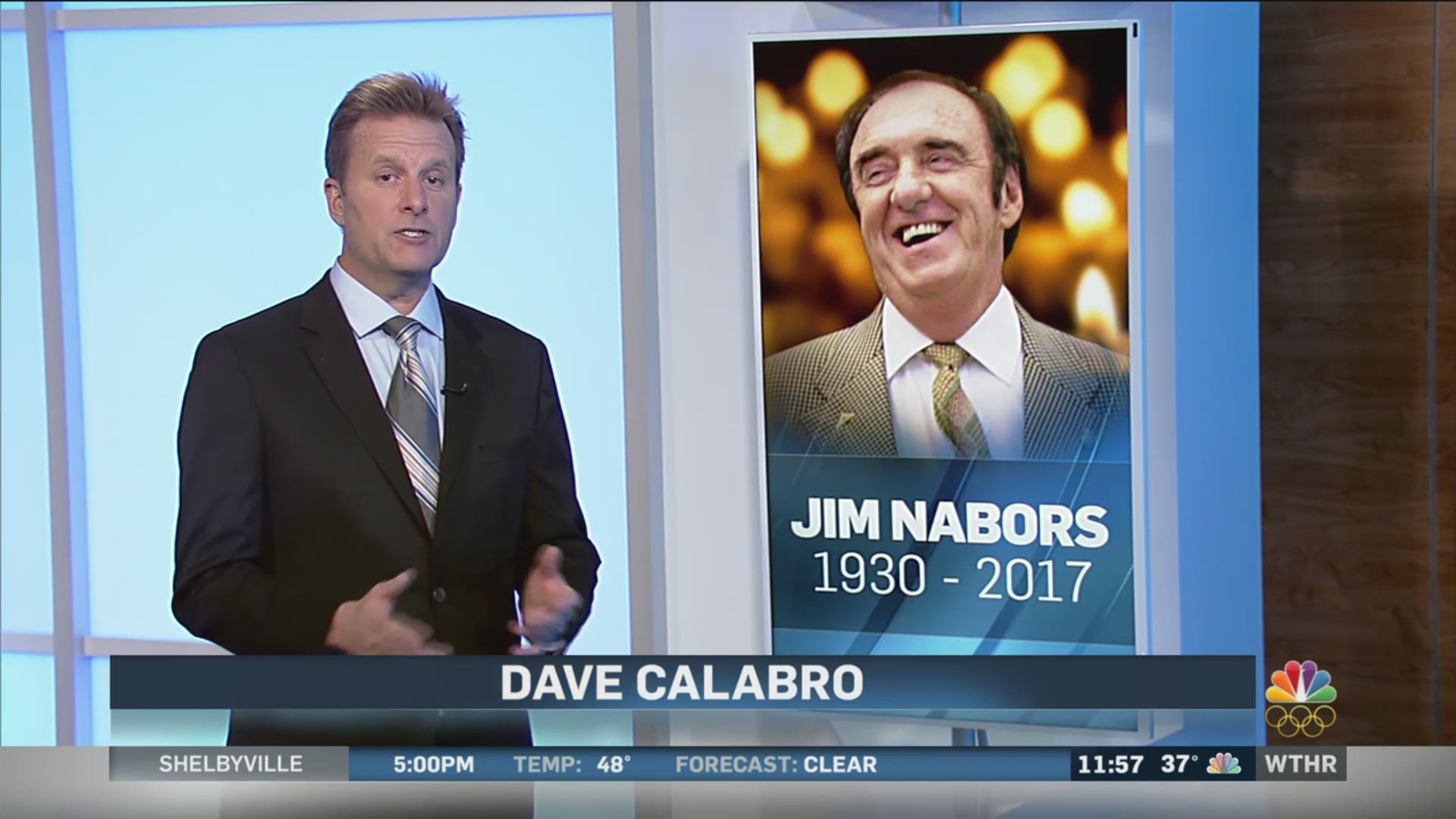 Nabors' husband, Stan Cadwallader, confirmed the news to WTHR Sports Director Dave Calabro Thursday afternoon. Nabors had been having health issues over the past couple of years. He passed away peacefully at his home in Hawaii Wednesday night.

"He always loved coming back for that annual singing of 'Back Home Again in Indiana'," Calabro said while reporting on Eyewitness News at Noon Thursday.

"We lost a great friend and legend," Calabro said.

"Jim Nabors was such a kind, caring man, and we will miss him greatly. Jim was born in Alabama, but he became a Hoosier to all of us almost immediately after he began his superb performances of 'Back Home Again In Indiana' starting in 1972. He loved coming back home to the Speedway almost every May for more than 40 years and seeing his friends and race fans, who loved him dearly. Jim was not only a treasured friend, but truly a cherished member of our family. We will never forget his genuine kindness, sincerity and loyalty. He was a wonderful man who inspired millions of people across the globe every May and throughout his entire life."

Nabors was longtime friends with Florence Henderson. Even though she was an Indiana native, it was him who brought her to the Indy 500 for the first time.

Henderson passed away on November 24, 2016, almost exactly one year before Nabors' death.

He told Calabro that when he was first invited to sing at the Indianapolis 500, he thought they meant "God Bless America," but it was actually "Back Home Again in Indiana" - and a decades-long tradition was born.

Nabors invited Calabro to visit him at his home in Hawaii in 2009 and 2012. Nabors said of his Hawaiian getaway, "It's fun. I love the lifestyle. It's what I grew up with in Alabama. I love the lifestyle of this kind of place. This is absolutely paradise, it really is. Truly paradise. It's not an overused word."

FILE - Jim Nabors is seen in character for his role of Gomer Pyle in this 1966 file photo. (AP Photo)

Nabors became an instant hit with his character Gomer Pyle on The Andy Griffith Show. The character would eventually receive his own spin-off in Gomer Pyle, U.S.M.C.

"I had never acted. I have a degree in business, so I was singing in a little nightclub and my act consisted of singing like this and talking like this," Nabors recalled in some of his familiar voices. "It sort of got everyone's attention. It was kind of surprising to me. Andy Griffith saw me there one night and, long story short, he invited to have me."

His famous phrases like "Goll-ee" and "Shazam!" made him popular.

Nabors also made appearances in a number of other TV series including The Carol Burnett Show and The Love Boat. He also hosted variety shows The Jim Nabors Hour and The Jim Nabors Show.

He sang "Back Home Again in Indiana" at the 500 for the last time in 2014. When he saw and heard everyone's reaction, he said, "Golly, I didn't realize it was that big of a deal!"

"He was just a fun guy to be around," Calabro said. "And we'll cherish all those memories."