If a child watches just 30 minutes of captioned television, that's like reading one book in just two days. 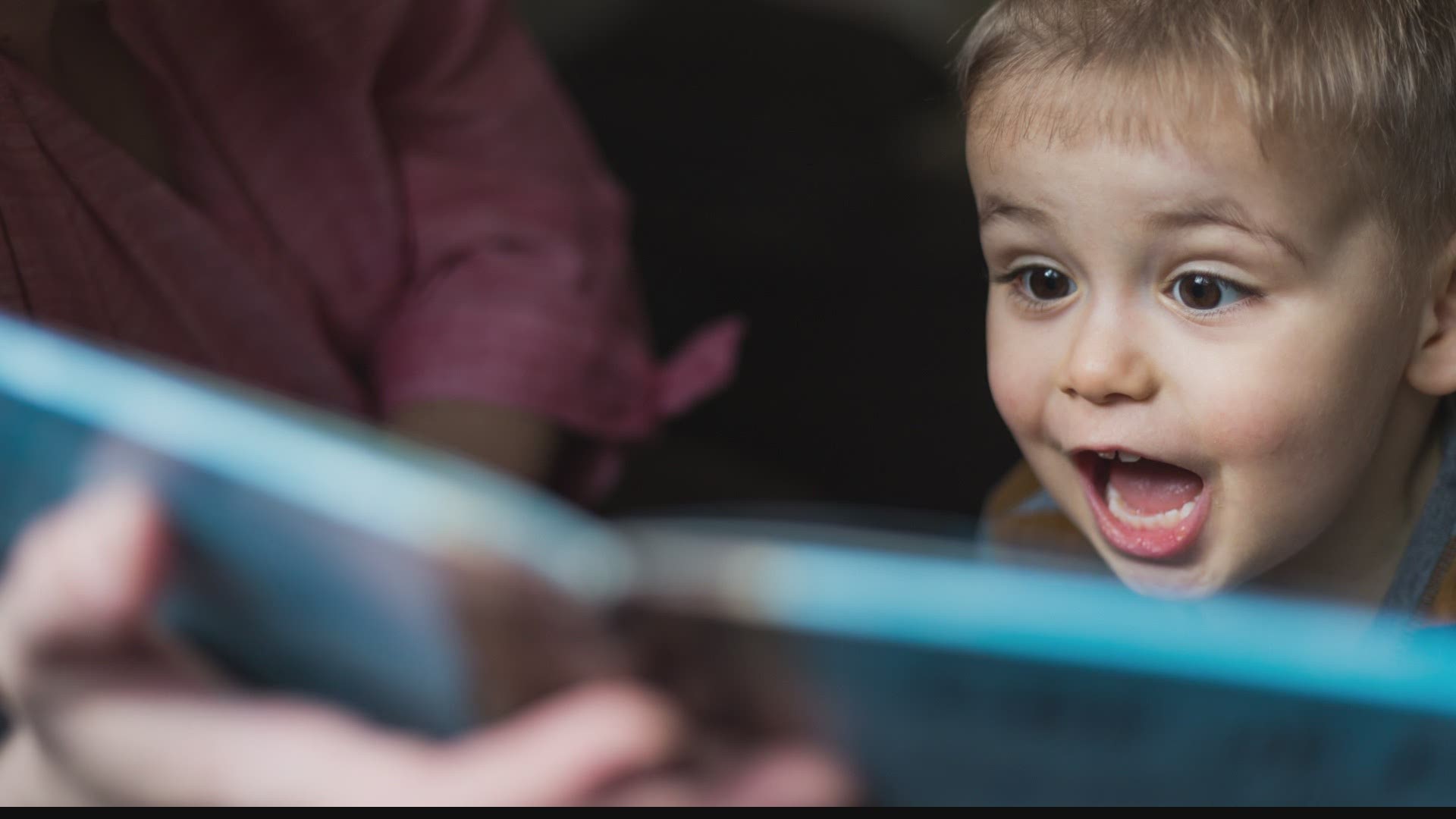 INDIANAPOLIS — Last week, we were talking about our kids and the "COVID slide" - kind of like the summer slide - when education takes a back seat to summer fun. Educators and parents worry that the pandemic is causing our kids to miss out.

Reading is one of the building blocks of learning. Without it, kids fall behind and often get lost between the cracks.

The numbers are startling.

Only 34 percent of fourth graders are reading at a proficient level nationwide.

Leib Lurie with Kids Read Now said the long term effects are devastating. "That means 80 percent of kids are a year or more behind in reading. And 65 percent of all American kids have been [behind] for the last three or four years, and it's not getting better," he said.

Think about this: Our kids spend, on average, more than seven hours a day on screen time.

Even tweens - 12-year-olds - are spending five hours a day on their screens. And this is before you count the summer slide of COVID. This is during the school year.

So what if we could turn some of those seven hours of screen time into reading time?

The answer is not to replace screen time with books. That's great, when you can do it, and encourage kids to get books and read books. But let's try to take some of that screen time and turn it into reading time, Lurie reasoned.

So how do you get your children to read for hours every day without ever opening a book?

A new campaign is promising a simple way for this to happen.

It's Lurie's brain child called "Captions On." The literacy champion estimates that turning on the captions button on any device will get kids reading for hours a day.

When a child is watching a TV show or video with captions on, several things happen. First, they're hearing the story. And so they're seeing the words in context, as opposed to a child reading a book on their own who encounters a word they don't know.

So if a child watches just 30 minutes of captioned television per day, that's like reading one book in just two days.

Lurie said he's seen it work with his own granddaughter.

"So, I was watching a legal show the other day with my 9-year-old granddaughter. And the word 'prosecutor' came up. And I stopped. I paused it, and I said, 'she's watching the captions." And I said, 'Well, what is the prosecutor?' And she says, 'Well, I'm not sure.' but she pointed to the guy who was the lawyer for the criminal. And I said, 'Yeah, the prosecutor is the one who is trying to show that someone did the bad thing and is guilty.' Well, OK, that's a prosecutor," Lurie related.

Kids can see the story. They hear the words and see the words. If they don't know how to pronounce a word, actors are speaking it. All of which leads kids to read, and it's unobtrusive.

It takes a little while to get used to when some kids are first subjected to it. Compare it to wearing seat belts when kids first say, "Oh, I don't like wearing a seat belt. That hurts my neck."

Lurie said if the caption campaign takes off, it will be a game changer to literacy in our country.

You simply hit the C-C button on your device, and you will see the closed captioning at the bottom of your screen.

"And if you go to our captions cool website," Lurie said, "you can order some free stickers. And those stickers basically remind people to turn screen time into reading time.Put it on the back of your phone, on the back of the remote control, on the bottom of the TV screen, on your Chromebook. So whenever you are watching a screen, we want to remind people - we want to remind kids and parents. Push the button 'captions on,' and turn screen time into reading time."