The health department did not release when the student was tested or how many students or staff are now quarantined. 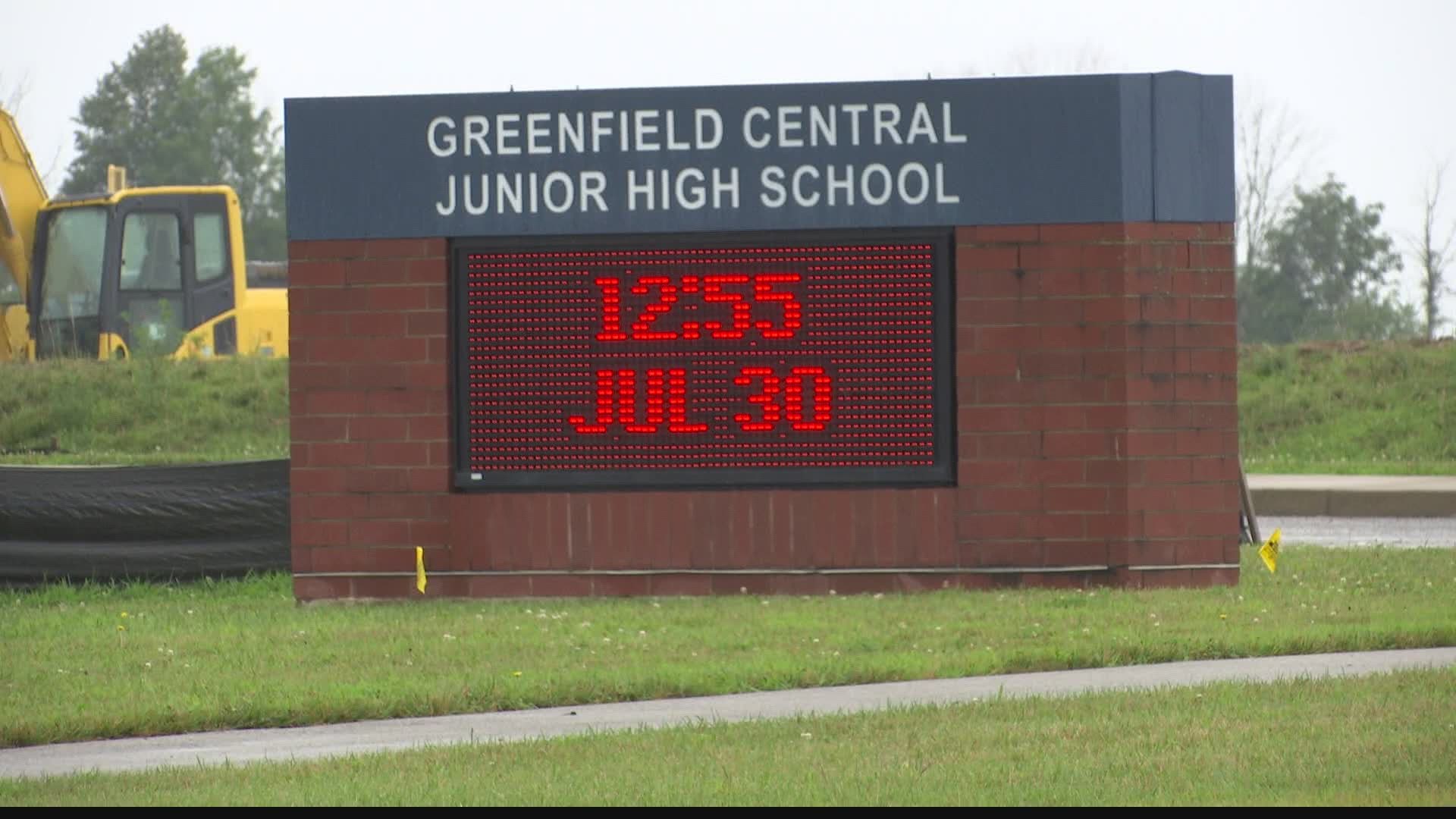 GREENFIELD, Ind — Families received an email Thursday night telling them a student, who was at Greenfield-Central Junior High School on the first day of in-person classes, tested positive for COVID-19.

Seventh grader Madi Moss was in class with the student. But her family was not directly contacted, therefore determined not to be a close contact of the infected student.

"Initially, she was freaked out I think because she had some friends that were called and asked to stay home because of it,” said Stacie Moss, Madi’s mother. “So, I think it was just scarier for her. But I feel that as parents, if we have those talks with our children, everything will be OK, and she went to school fine this morning."

When the Hancock County Health Department was notified Thursday of a student with a positive COVID-19 test, they immediately notified the Greenfield-Central Community School Corporation. That started a response plan already put in place by the school district and the health department before classes began.

The health department said in a media release:

"Parents and guardians of the students who had been exposed were notified by school officials. Those students will remain in quarantine according to CDC recommendations."

So classes continued Friday at the junior high. Superintendent Dr. Harold Olin said in a statement:

“We are working hard in Greenfield-Central to control the variables we can control in our schools. Our job becomes exponentially more difficult when students come to school without meeting the expectations of the self-screening tool we've asked families to complete each day.”

Todd O'Neal has two daughters in the school system, including an eighth grader at the junior high.

"I'm just very confident in our school leaders, and I'm not afraid to send our kids to school, even though I know another case or two is going to pop up,” O’Neal said. “But it's going to be dealt with. It could pop up anywhere, just not school. You just don't quit. You keep going, and you improve on things. I'm not afraid to send our daughter to school, and I'm sure it's going to happen again. Symptoms are there that you don't know. They'll deal with it."

"What was the parent thinking?” Moss said. “Did they know before they sent the child to school, or did the child have symptoms when they came to school, or develop them while they were at school?”

The health department did not release when the student was tested or how many students or staff are now quarantined.