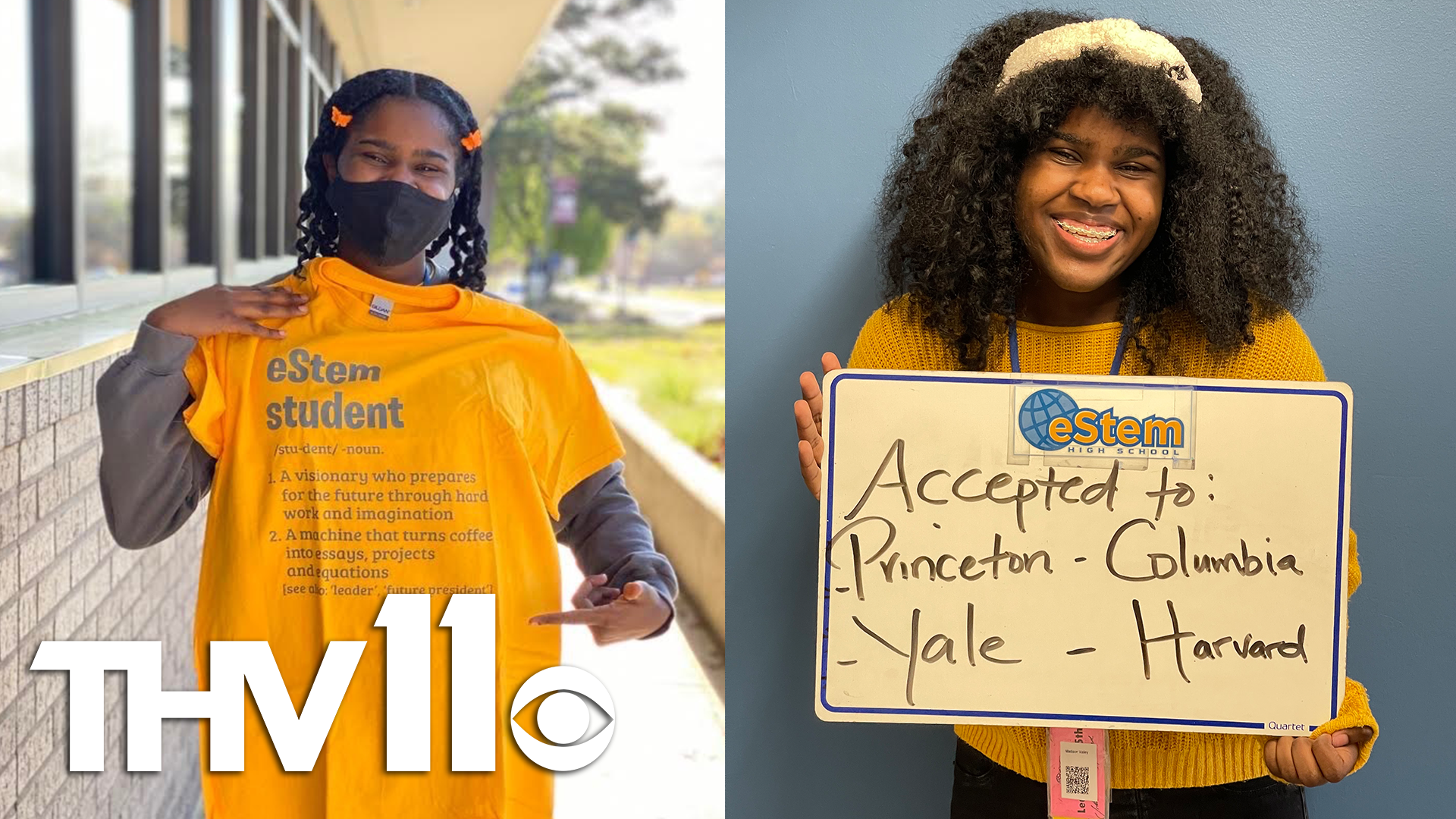 Valley was recently accepted into every Ivy League that she applied to, including Columbia, Harvard, Princeton and Yale.

According to eStem's weekly newsletter, Valley was also named Student of the Month this week. The newsletter says Valley is a very hard worker and is always inspiring others.

She is a member of student council where she was president her sophomore and junior year.

Valley posted to Facebook saying she never expected to have the opportunity to choose between her top three schools.

"When I would tell people that my top three colleges are Harvard, Yale, and Princeton, I never expected to have the opportunity to choose between all three (along with 15 other great schools.) I'm truly at a loss for words. Thank you to my parents and everyone who supported me through this journey, I can't wait to see where I end up."

When asked what advice she would give to the little girls and boys who are looking up to her right now, she said, “Nothing comes without hard work. Work hard, be yourself, stay true to yourself. Do what you like to do and commit to it.”

Valley was also accepted to the Standford, the University of Arkansas at Fayetteville, Spelman, Washington University in St. Louis and many others.