Forest Glen Elementary is a dual language immersion school. From the first day of kindergarten, the students receive much of their instruction in Spanish. 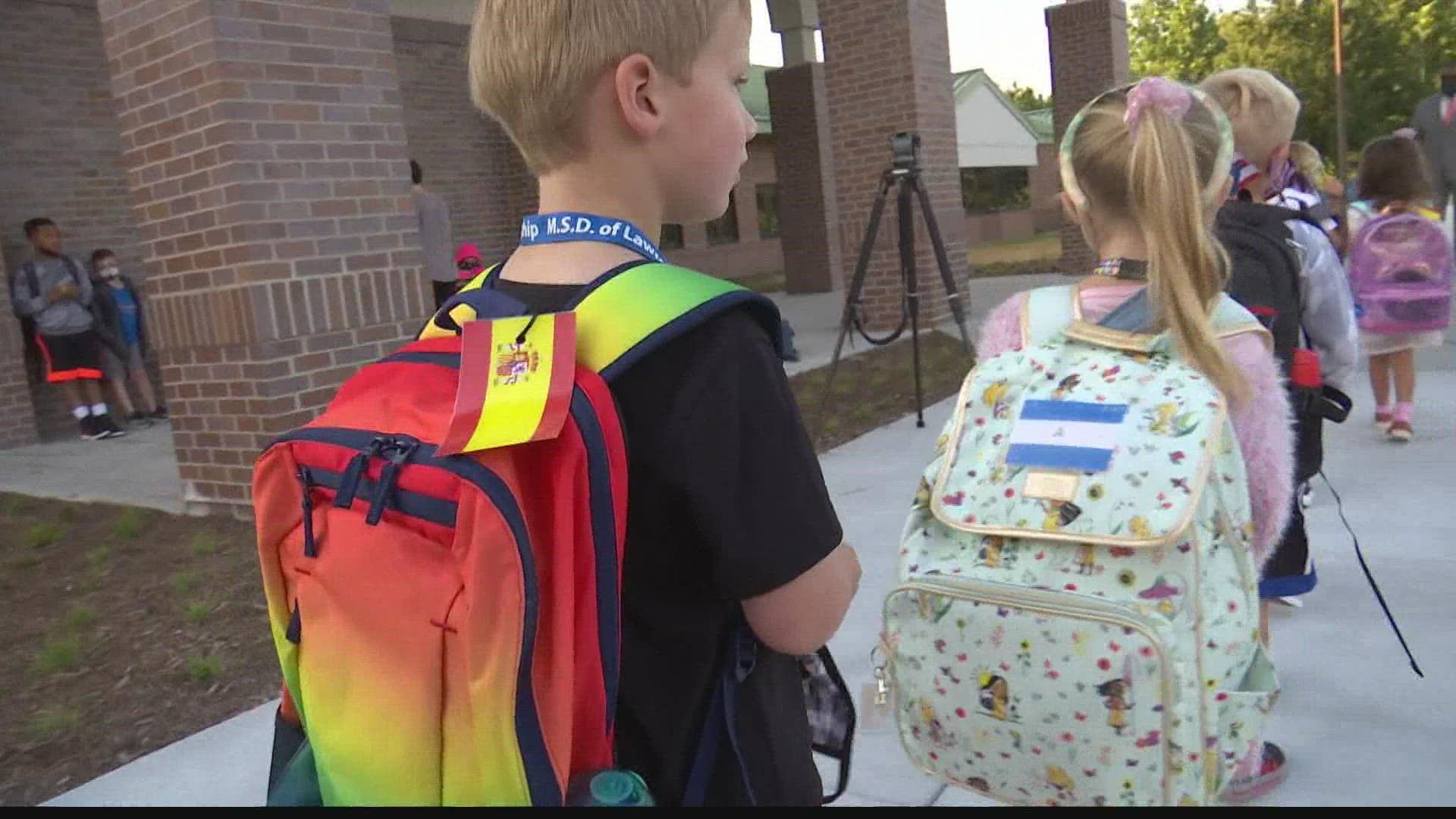 INDIANAPOLIS — Tuesday brought the first day of school in Lawrence Township. That brings a new class of kindergartners launching their education.

Five-year-old William Conrad was still smiling under his mask when he got off the yellow bus at Forest Glen Elementary School after his first ride ever on a school bus.

"It was fun,” Conrad said. “I could look out the window."

"Really, all he wants to do is ride the bus,” said Dana Altemeyer, William’s mother. “It doesn't even matter where it goes, Rich, as long as he is on it. And he's been saying that since he was really little. So today was a dream come true when that bus rolled up for him."

Not everyone was as ready for the first day of school. Kindergarten teacher Wanda Alamo could see the anxiety in the eyes of her students.

"Nervous. One or two are happy, are excited,” Alamo said. “But some of them are really scared."

Some parents also struggled on the first day of kindergarten. Donald and Remy Eldridge sent their only child, Zaid, off to school.

“Yeah. I'm super proud of him, though. And I'm excited. We've been waiting a long time for this moment,” Remy said.

Meantime, Zaid was having fun, enjoying his first day in the kindergarten classroom.

"You have to listen,” Zaid said.

Forest Glen Elementary is a dual language immersion school. From the first day of kindergarten, the students receive much of their instruction in Spanish.

The Spanish instruction begins even sooner for some children. For preschool through third grade, 80% of the teaching is in Spanish, 20% in English. The teaching is 50-50 for grades 4-6.

"Last year, I was virtual,” Rodriguez said. “Now I have real kids in my classroom. So, I'm going to have the laughing and the dancing. It's going to be real life."

"I just learn about ABCs, and numbers, and I learn about helping teachers,” said kindergartner Jianna Carothers.