Memorial Day started out violent for a husband and wife who deliver newspapers for extra cash. 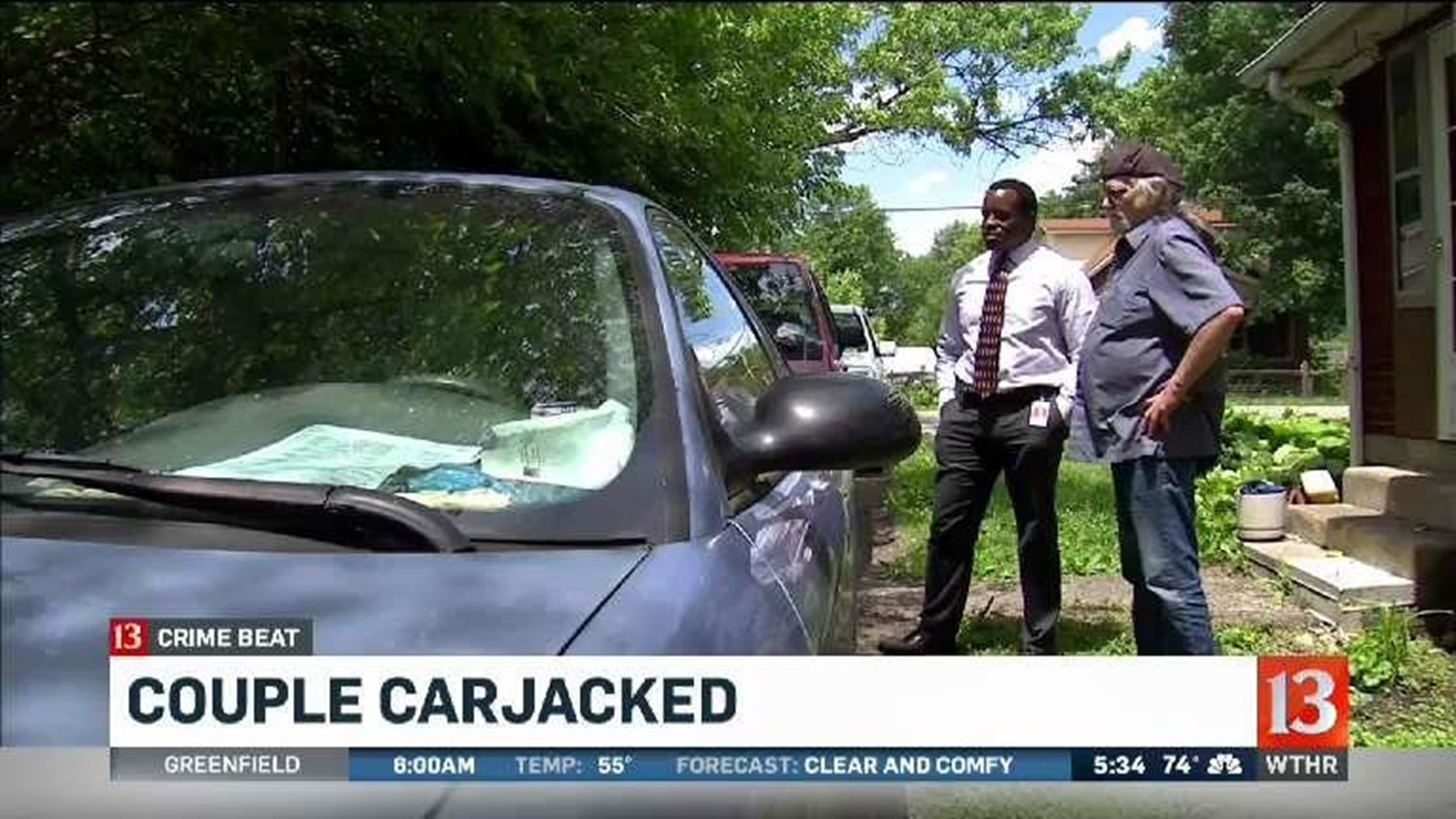 INDIANAPOLIS (WTHR) - Memorial Day started out violent for a husband and wife who deliver newspapers for extra cash.

Jerry Rosner and his wife hit the road shortly after midnight to start their route in their family car.

As the couple delivered papers in an Indianapolis neighborhood on Bertha Street, Rosner's wife warned him to watch out for the kids when they got ready to back out of a driveway. They were at the home of an elderly man, who asked them to leave the newspaper on the porch.

"The wife told me there was a couple of guys walking in the street to be aware of it, so I don't run over them or something," said Rosner.

After delivering a newspaper on Bertha Street, the two kids walked up to Jerry's Ford Taurus, asked for directions and then launched a surprise attack by pointing a gun at him. Jerry knew right away that the young robber was very nervous, due to him shaking a lot.

"You can't help but think what if they did pull that trigger," said Jerry Rosner.

Rosner and his wife started delivering newspapers four years ago. It started out as them helping a friend with deliveries and then they picked up their own route after realizing it was fairly easy money. After going four years without any incidents at all, the surprise robbery caught them off-guard.

"I looked at them and I said 'What?' And I noticed a gun pointed right at me," said Jerry.

The young gunman ordered Jerry out of the car at gunpoint. He then told him to take off running. Jerry refused to run away, knowing his wife was in the passenger seat. The gunman walked around to the passenger side of the car and then pointed the gun at this wife. He then ordered Jerry to surrender everything in his pockets including his cell phone.

The couple gave up their Ford Taurus and watched the teens drive away. They knocked on the door of one of their customers who allowed them to call 911. Metro Police recovered their Taurus about a block away and had it towed away.

According to Jerry, officers questioned a teenager in the area about the carjacking.

Eventually, the newspaper delivery worker learned that his car had been towed to Auto Return on Indy's far southwest side. Jerry and his wife paid big money to get their car out of impound. Paying the tow and impound fees made the carjack victims feel like they were being victimized all over again.

"I had to pay $130 to get my own car out caused by something that was not even my own fault, which I think something ought to be done about that," Jerry said, "and it would have been more if I had not picked up as soon as I did."

The carjackers also stole Jerry's cell phone, more than likely not realizing they were also stealing some of his most precious memories.

"They could have kept the car and just given me back my cell phone, especially because I lost my youngest daughter in March to cancer and I had some personal pictures in there of her," said Rosner.

Now the husband and wife hope someone can help police find their carjackers so that they don't attack anyone else and possible get Jerry's cell back along with his daughter's photos.

Anyone with information on the carjacker can call Crime Stoppers anonymously at 317-262-TIPS.