Woman escapes after being attacked with stun gun, handgun near downtown

An Indianapolis woman is sharing her terrifying story of a violent attack. 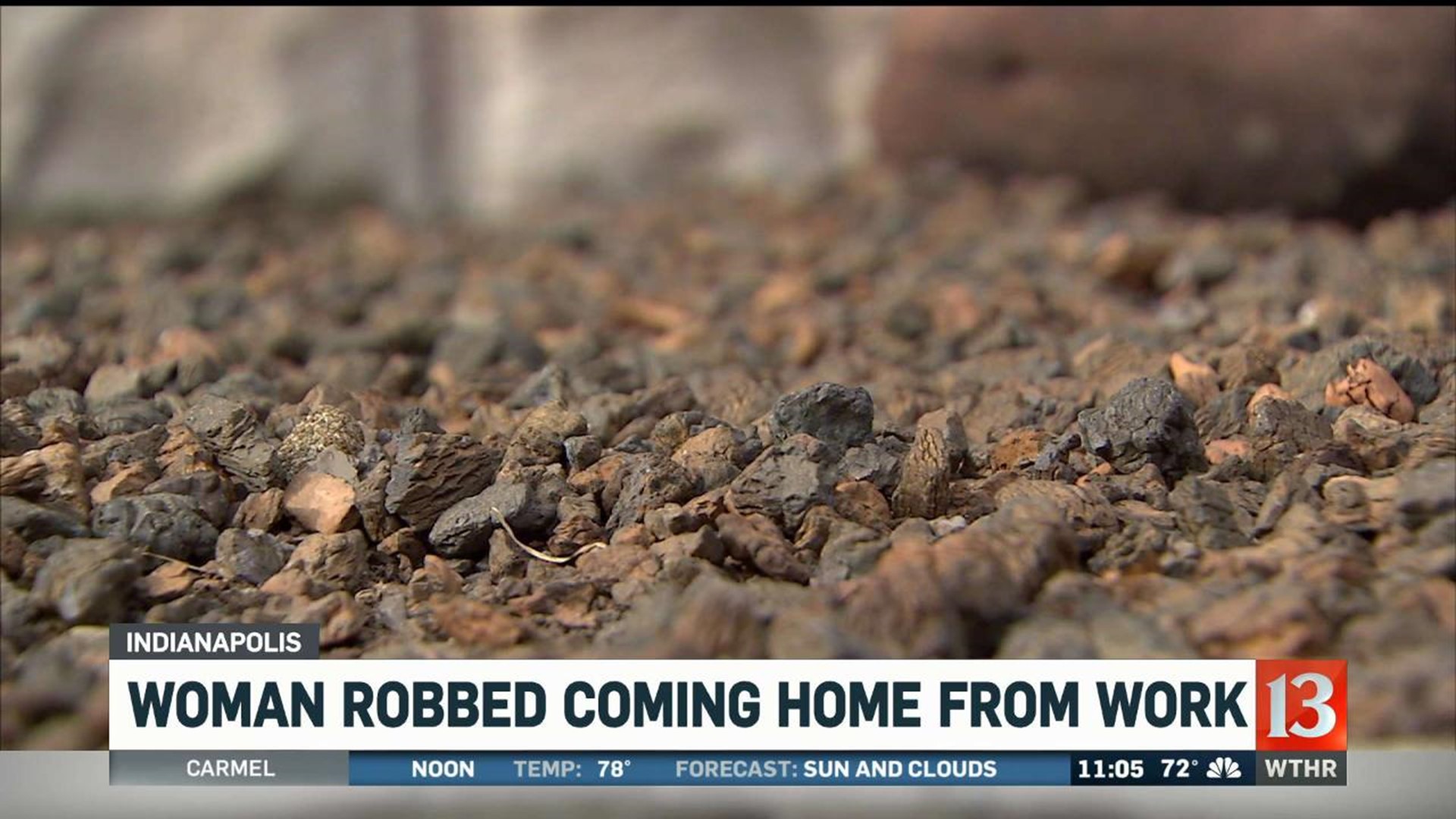 INDIANAPOLIS (WTHR) - An Indianapolis woman is sharing her terrifying story of a violent attack.

She was mugged while walking home from work near 14th and Delaware and said the weapon her attacker used makes the assault even scarier.

Her feet and legs are scraped and bruised.

"I'm angry, but I'm mostly just thankful because it could have been a lot worse," the 22-year-old bartender said.

She doesn't want you to know her name because of what she says happened Thursday night when a man attacked her with a stun gun and a handgun.

She had just come home from work before midnight.

The victim said she usually parks on Pennsylvania so she can be closer to home and doesn't have to walk as far. For the past month, though, she said that's been harder because of the construction.

Instead, she parked on Delaware and was walking down 14th Street.

"I heard these steps run up really fast behind me and then I got tased in the back, which I didn't realize that's what it was, 'cause I was pretty much in shock," she said. "I was on the ground and he had a gun in my face and said give me your purse and I started screaming."

The woman tried to get up and run.

"I ran thinking he could sexually assault me. He could beat me. I didn't know. So I just ran," she explained.

She didn't get very far.

"He tased me again on the front of me and I fell to the ground," she said. "He held the gun to my face and said, 'Give me your purse. I'm not gonna hurt you.'"

She said the man took off running with her purse. She eventually got up and limped home, finding neighbors like Evan Clearman.

Her friends called police, who are still investigating.

A day later, this woman is still trying to cope.

"I'm pretty much still numb from it. I couldn't sleep last night," she said.