Woman dead after shooting, crash on near northwest side

Police are investigating after a violent shooting and crash on Indy's near northwest side. 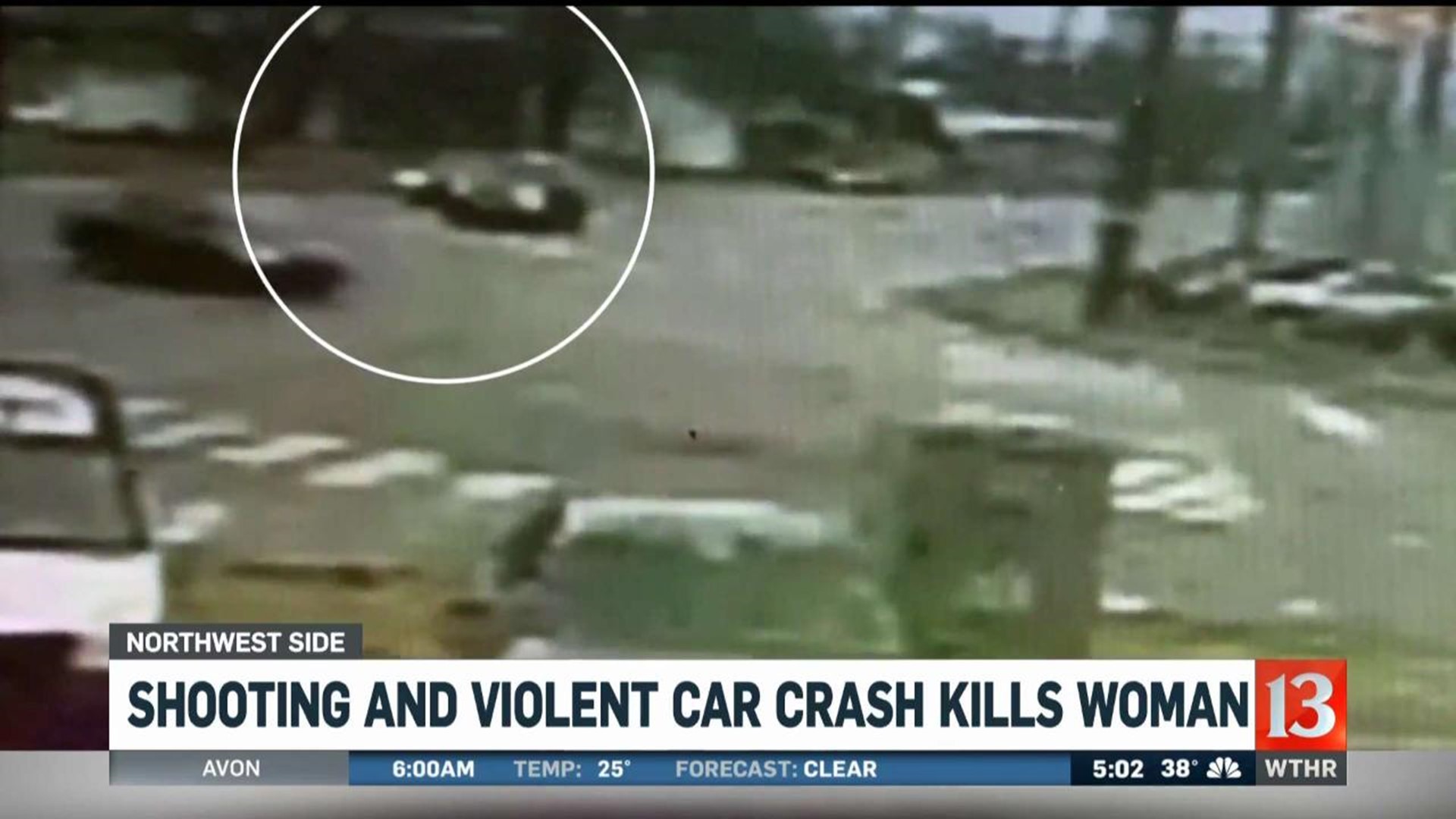 INDIANAPOLIS (WTHR) — A woman has died in a shooting that led to a multi-car crash on the near northwest side.

It happened around 9:30 a.m. near 30th Street and Lafayette Road.

Police in the area said they heard gunshots and then the crash involving four cars.

Mike Smith was near the intersection when the crash happened and witnessed the violent impact.

“When the Camaro hit the other car, it spun it at least three times and hit the Altima. So when he gets out of the car in one piece, which I was very surprised, he runs over to the Camaro to make sure she was alright,” Smith said.

The woman in that car had been shot. She was taken to the hospital in critical condition and later died. Police are not yet releasing her name.

Police say a man was also seriously injured in the incident.

IMPD Officers are looking at video as part of the investigation. In surveillance obtained by Eyewitness News, you can see the Camaro speeding down Lafayette Road and smashing into a car stopped at the intersection.

Eyewitness News learned late Tuesday afternoon that IMPD homicide detectives hope to question a man about the gunfire that may have led to the violent crash.

Cardinal Ritter High School, which is just a few blocks east of the intersection, did not go on lockdown after the incident. The school said police informed them there was no threat.