A woman who saw two men robbing her home Friday chased them and, with help from police, recovered what they stole. 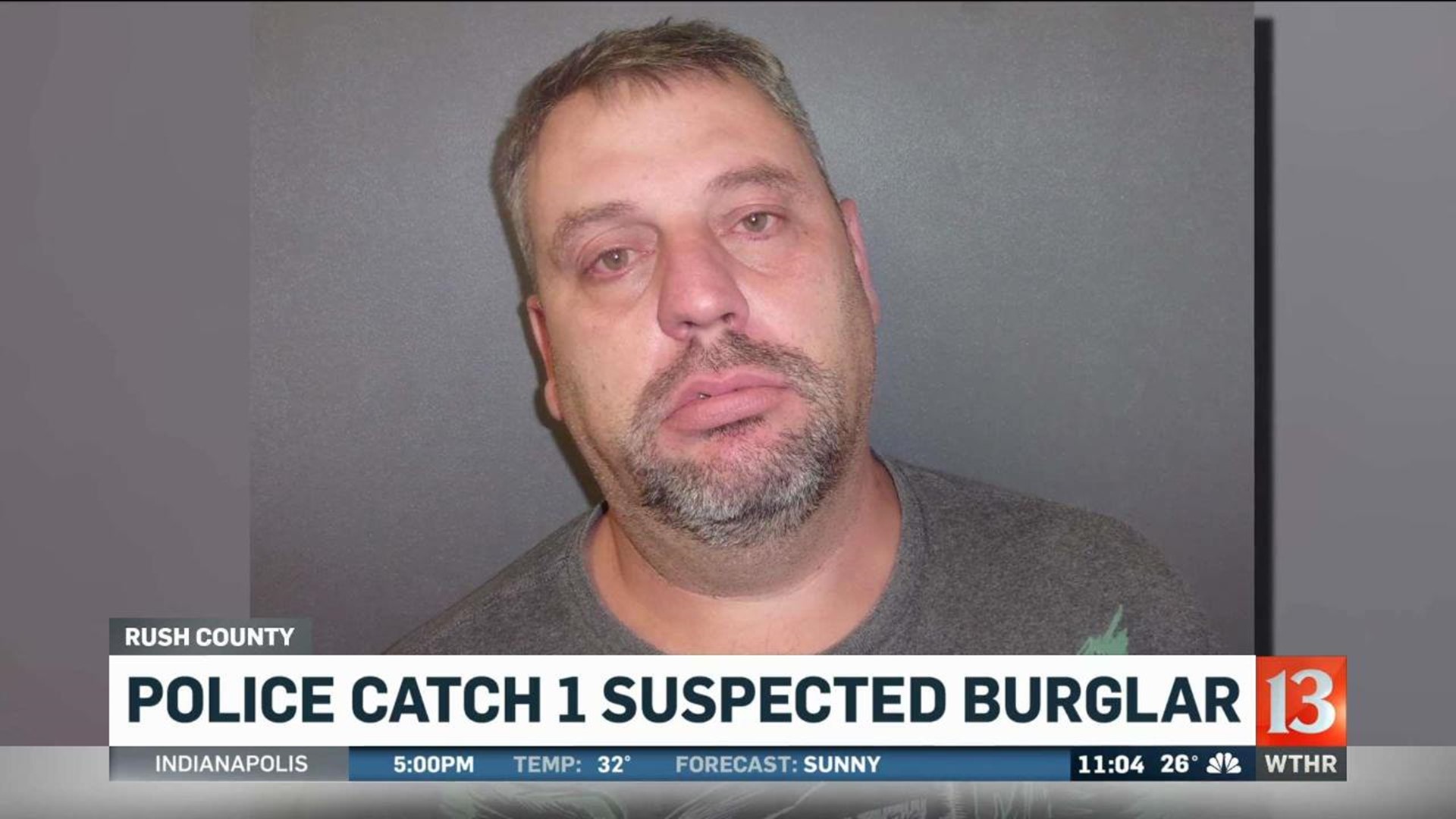 RUSHVILLE, Ind. (WTHR) - A suspected burglar is still on the run tonight after breaking into a Rush County home in broad daylight.

Investigators say it happened Friday afternoon near Carthage at a home on Rush County Road 1100 North.

The homeowner, Janice Cavaletto says she surprised two men coming out of her house around noon.

Cavaletto had just come back from running errands in Greenfield.

That's when she says she saw two strangers coming out of her house carrying TV's and guns and loading them into an SUV.

"I'm thinking, 'Wait a minute. Am I being robbed?' Cavaletto says she asked herself.

"And then when them came out, 'Yeah. I'm being robbed,'" Cavaletto said she thought next.

"I just blew my horn at 'em and they both jumped in the car and then they took off and I followed 'em," the 68-year-old grandmother remembered.

Cavaletto says she chased the SUV down several country roads. At one point, the SUV stopped and the passenger bailed out and ran into the woods.

Then she says the driver of the SUV threw it in reverse and slammed right into her car.

"I think he was trying to disable my car," Cavaletto said.

It didn't work and Cavaletto says she kept chasing the SUV.

"I was mad. I'm thinking, 'You broke into my house. You're not getting away with this. That's my stuff you're taking. I worked hard for that stuff,'" she said.

At one point, Cavaletto called 911 and stopped chasing the SUV when it went down a more rural road.

"I"m thinking, 'I know this country side. There's no way I'm following you down that lane,'" Cavaletto said to herself.

Sheriff's deputies caught him hours later when someone reported a suspicious person walking near the Rush-Hancock county line.

A day later, Cavaletto has all her belongings back.

She says she knows she could have been hurt chasing the two men, but says she'd do it again.

"That's what my husband said and my son in law said, 'I can't believe you did that. What were you thinking?,'" Cavaletto says they asked her.

But they know me, so why even ask," she said.

Police are still searching for the man who got away.

Anderson's accomplice was last seen near 1100 North and 900 West in Rush County.

He has a short to medium build and was wearing a stocking hat, a red flannel jacket and jeans.