IMPD is investigating after a woman was hit by a stray bullet that came through a window inside her upstairs apartment early New Year's Day. 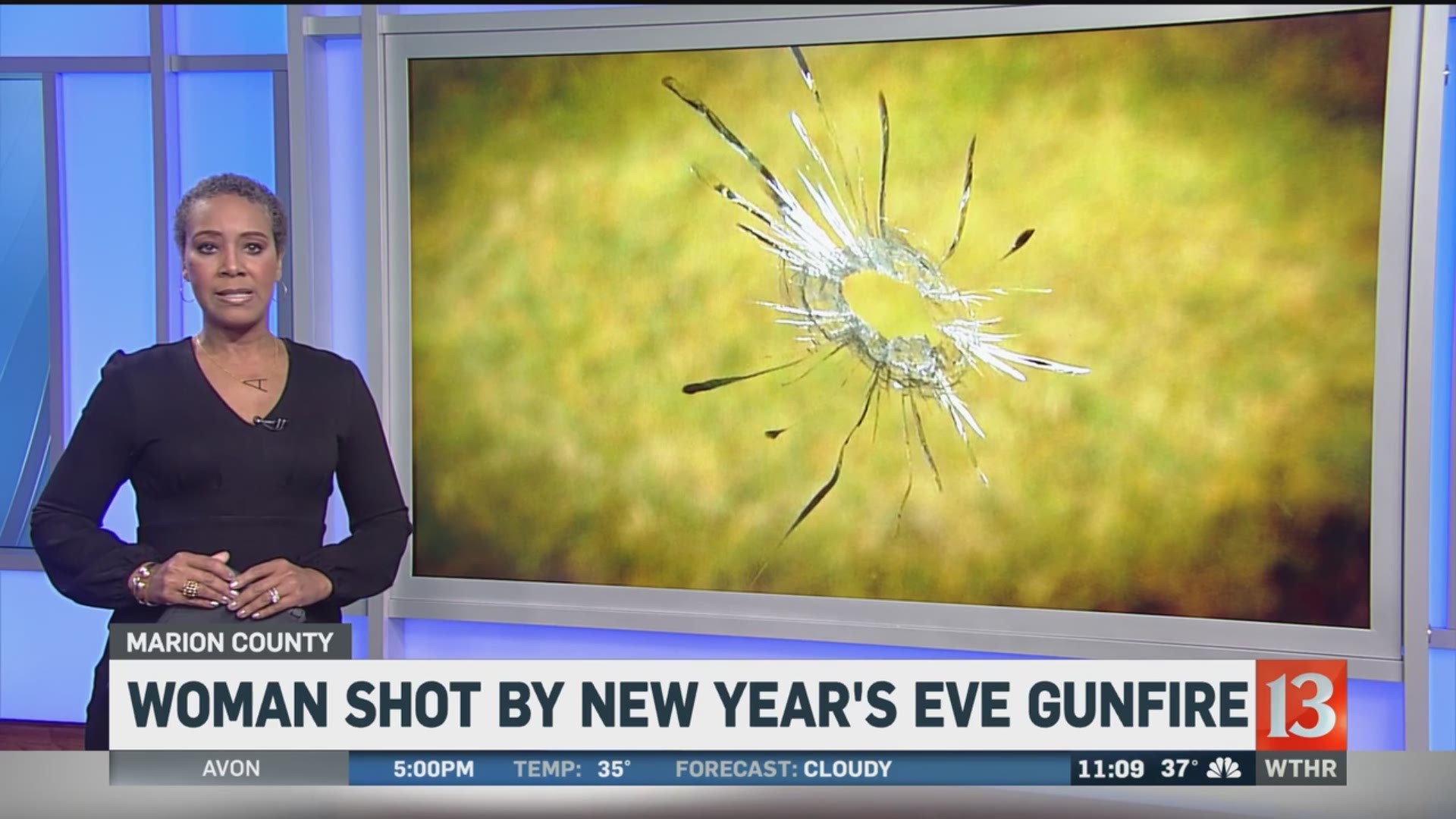 It happened on the city’s far west side in the Addison Creek apartments near Rockville Road and I-465. A woman was critically injured by a stray bullet.

The shooting started just after midnight. The according to witnesses, 27-year-old Tiara Spencer was moving children to safety, away from the kitchen window, when she was shot.

“As she is shooing them away from the window, pow,” Yuille explained. “I see her do this, put her hands up and fall straight back.”

“Had to stay calm, because if I panicked she is going to think the worst," said Yuille. “I thought the worst.”

The couple, Yuille’s dad and her two children were enjoying a quiet New Year’s Eve.

They were looking outside at fireworks. Then Lawrence Yuille, an army vet, recognized the sound of gunfire.

Lawrence Yuille explained that just a second after the children moved away from the window, a bullet as thick as a finger punched through the glass.

"People are stupid," he explained. “They get a gun and they play games. I don’t think they realize people can get hurt and killed.”

According to Rachel Yuille, the bullet struck Spencer’s abdomen, and exited through her side, a serious, but luckily not a life threatening injury.

"The doctors say that she is going to be ok," Rachel explained. "At this point she has to heal and heal in her own time."

Police are investigating but haven’t identified a suspect.

Every year, random New Year’s Eve gunfire is heard in neighborhoods across the city. This year, emergency 911 dispatchers received more than 200 complaints between midnight and 4 a.m.

The family explained they wanted to tell their story, hoping it convinces people to quit playing with their guns and putting the lives of other people in danger.