Ugly, hateful banners greeted members of the Unitarian Universalist Church in West Lafayette as they arrived for Sunday morning services. 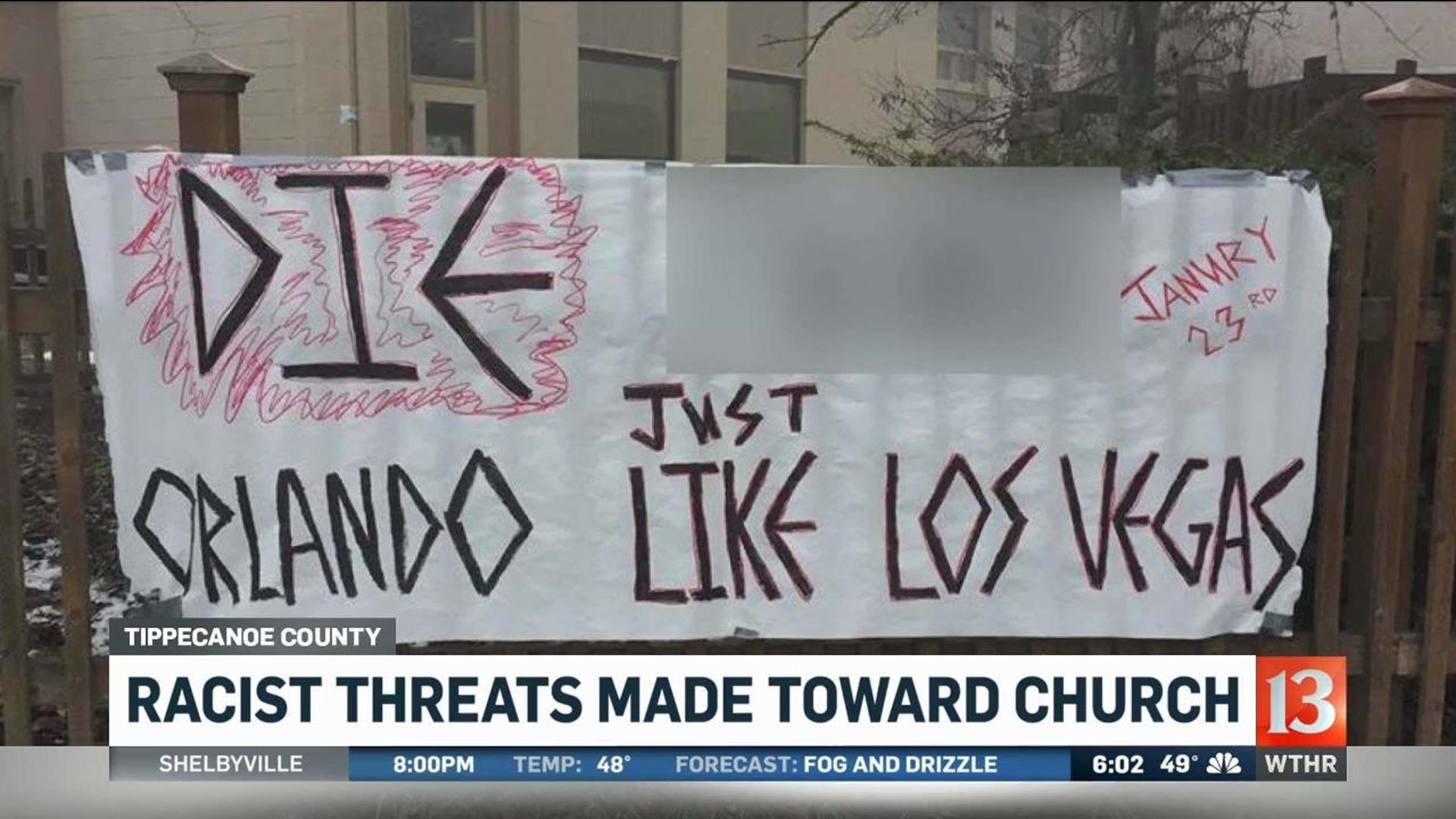 WEST LAFAYETTE, Ind. (WTHR) - A church was threatened and targeted with racist and homophobic signs Sunday.

The hateful images are going viral.

The banners greeted members of the Unitarian Universalist Church on Meridian Street as they arrived for morning services.

Banners hung on the fence, showed slurs aimed at gays and minorities.

Another said 'die' and referenced the mass shootings in Orlando and Las Vegas.

The church is known for its liberal stance on issues, but their pastor says the behavior can't be accepted.

“We're standing on the side of love we're standing for human rights in all shapes and forms and so we think the signs were by white supremacists,” said Pastor Charlie Davis.

The signs have been turned over police, who are still investigating.

“We will not tolerate this,” said West Lafayette Mayor John Dennis. “This is disgusting and juvenile behavior and we have out police officers are already canvassing the area to see if they can find any information on who might have perpetrated this.”

Dennis said the death threats "upped the ante" and the police are working with the FBI to explore possible charges.

No one has been arrested in connection to the incident.