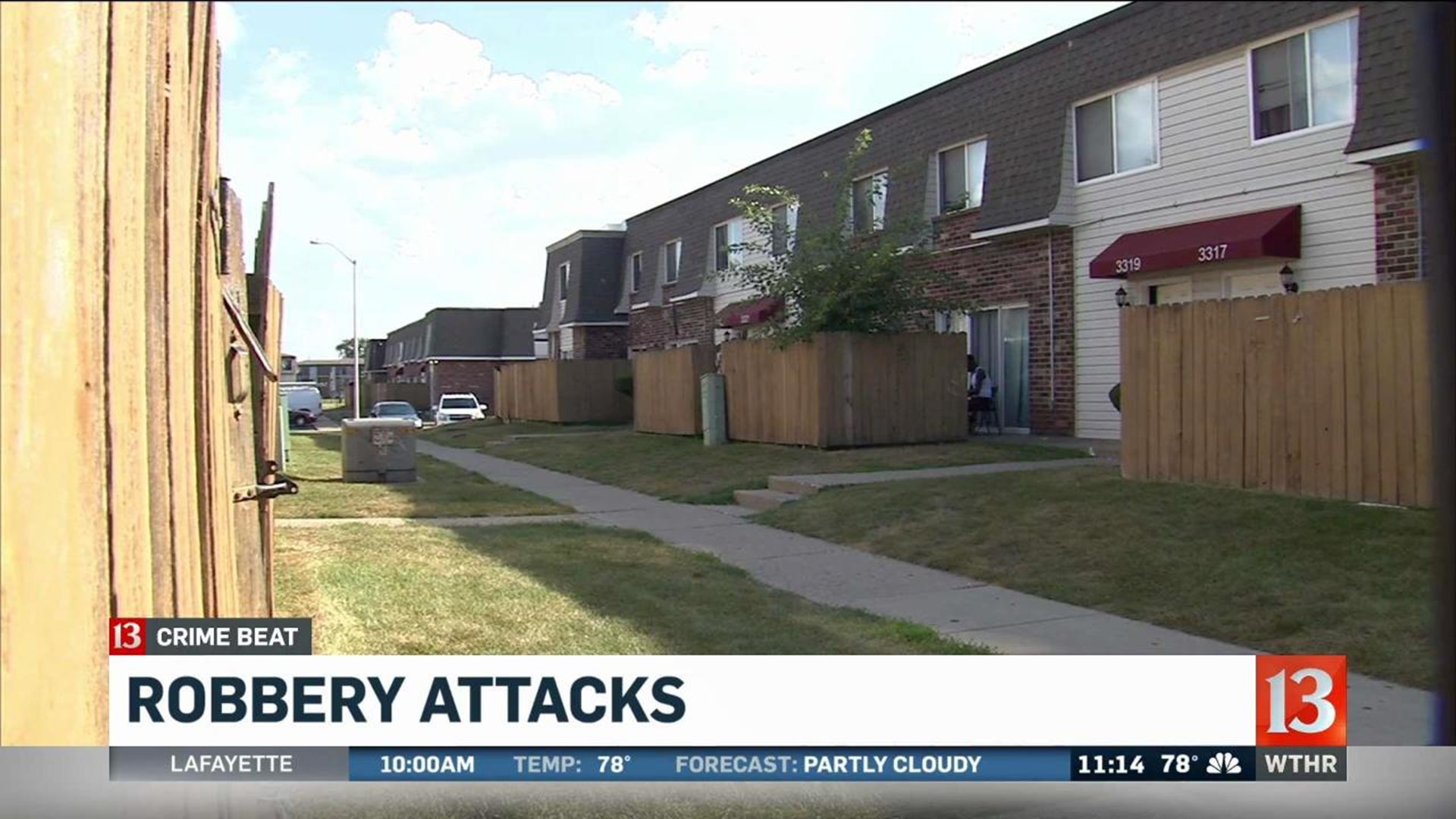 The attacks happened in a three-hour period between about 2:30 and 5:30 a.m. Tuesday, all at apartment complexes on the northwest side.

They hit victims at an apartment on Watergate Mall North, near 34th and Moller and on Candletree Court, close to W. 47th Street and Georgetown Rd.

They pistol whipped some of the victims, stole cash, credit cards and, in some cases, cell phones and jewelry. All the victims reported the suspects were black males in their twenties who ran from the scene, jumped in a car and took off.

Lorenzo Rodriguez, a neighbor of one of the victims, says it causes a little concern because the safety of the children.

"There's a lot of children living here and they're always outside. Of course it is a danger. I hope they find those two guys and put them in jail," he said.

"I see the blood," said Abdullah Soni, a resident at a complex off Moller Rd.

"I see the two men hitting one person. He was crying and I just called the police."

Police will be looking to see if it's the same two gunmen behind the crimes.

"Two guys came from nowhere with guns in their hands. They just attacked me," said Joshua, another victim.

They got his cell phone and backpack with wallet and personal items then knocked him to the pavement.

And Joshua thinks there was actually a 4th victim from the same complex. "Another one here at this parking lot," he says.

"They were trying to pull her over, her car," said Sandy, a victim's daughter. Translating for her mother, she said "They told her to get out and they pulled her over to the ground."

The said the suspects had two black guns. They stole her mother's cash, wallet, necklace and her wedding ring. You can see the slight tan line on her mother's ring finger.

She was in her car in the parking lot off Mission Dr. when the two armed men grabbed her.

"They told her 'don't move because we're going to kill you and even worse if you call the police'."

They smacked her in the head with a gun.

When we asked how her mother was feeling now, holding her head she told us in English "No good, no good."

If you have any information on the crimes, call Crime Stoppers at 317-262-TIPS. You can stay anonymous and qualify for a $1,000 reward.

These men can be considered dangerous. They have pistol whipped their victims who were not even resisting.