Medics transported a man to Methodist Hospital after being shot multiple times at a northeast side gas station. 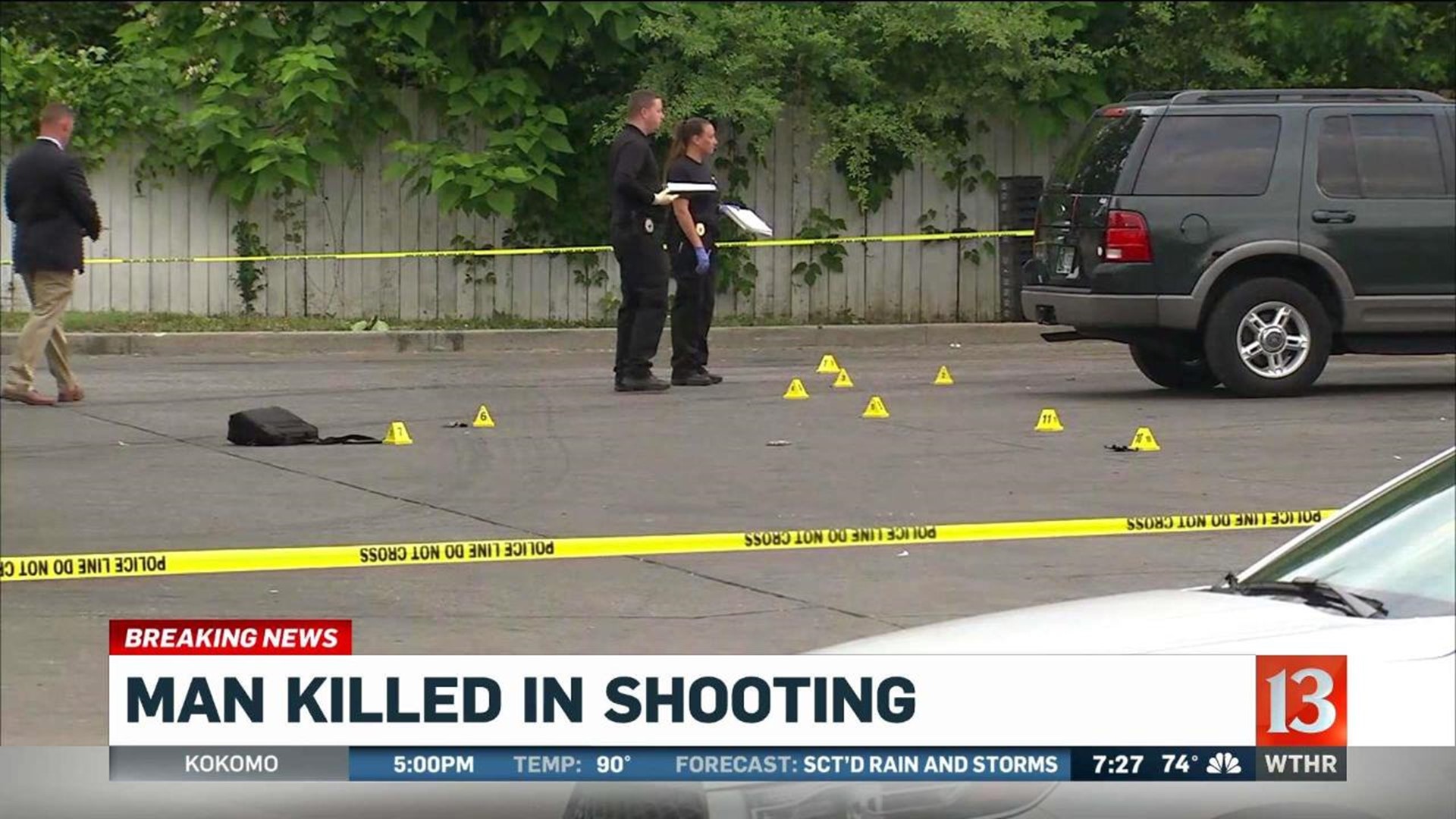 INDIANAPOLIS (WTHR) — Two families brought together by separate deadly on the job shootings have the same public plea for help.

The latest involved a gas station clerk killed at his workplace.

The deadly shooting happened on the east side at the Shell gas station at East 34th Street and North Sherman Drive. The key part of the investigation may be video from cameras on the building. Family and friends of the victim are even sending out a message for the shooter.

"You know you did it and whatever it was about it was not worth taking a life," said Alfonzo Fowler. He is the best friend of clerk Sheriff Jallow.

Fowler wants whoever killed Jallow to simply surrender. Jallow is from Africa and relocated to Indianapolis sometime around 2000.

The shooting happened around 5 a.m. Tuesday during Jallow’s long work shift. He often put in long hours to make money to support his family.

"He was a family man, loved his kids and loved his wife, a hardworking man and worked 13 hours a day," said Fowler.

Fowler shared photos of Sheriff and his family with Eyewitness News, which includes his three kids. His best friend tried to get the 50-year-old African native to find a job in what he thought would be a safer area of the city.

"I have tried to get him to quit the station several times," said Fowler.

The family of Dollar General assistant manager Brian Eure, who was killed at work Sunday, had the same safety concerns. IMPD released video of a robber suspected in his murder. The store chain reportedly had just upgraded its security system as part of its crime reduction plan and to help workers like Brian feel safe.

"They feared for their safety. They have no security team or nothing. They need to step up to the plate," the victim's wife Jolene Thomas-Eure said.

The grieving wife also wants other retail workers to be safer. That’s just one more reason she, too, is pleading for the public to help get the shooters off the street.

"He needs to be off the street," said Thomas-Eure. "He killed a man in cold blood."

"They got you on camera," said Alfonzo Fowler. "You are never going to get away with it."

What’s worse is the two deadly shootings are not the only cases under investigation by IMPD Homicide and Aggravated Assault detectives during the long Memorial Day weekend. Officers responded to well over a half-dozen shootings between Friday and Tuesday morning.

Two people showed up at area hospitals suffering from gunshot wounds over the weekend. IMPD responded to shots fired Monday at 21st and Post Road, where they found 18-year-old Elijah Lacey shot dead in a pick-up truck. Officers are checking surveillance video from cameras in the area to try to identify the suspects.

Detectives are also investigating a report by a man who claimed he was shot at local McDonald’s restaurant. But officers are skeptical about the chain of events connected to the shooting.

A vigil is planned for Wednesday night for Jallow. Family and friends will meet near the Shell station at 34th and Sherman where he was murdered Tuesday morning.

If you have any information on any of the shootings, you can call Crime Stoppers anonymously at 317-262-TIPS. If your tip leads to an arrest, you will receive a reward of up to $1,000 cash.