The victim of a "swatting" incident in Greenfield said she knew nothing of the large police presence surrounding her house Tuesday night until she got a call from one of the officers outside. 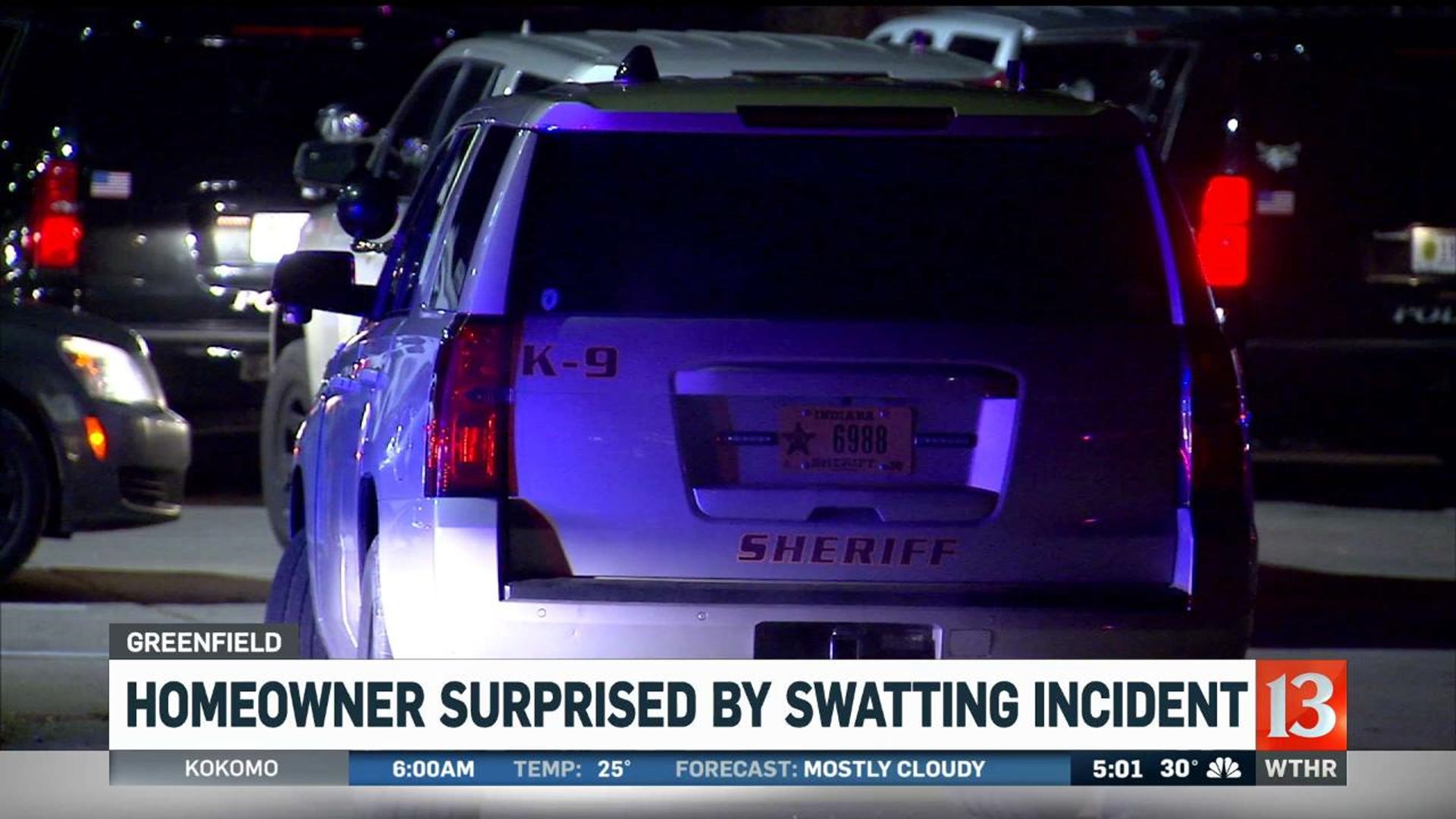 GREENFIELD, Ind. (WTHR) - The victim of a "swatting" incident in Greenfield said she knew nothing of the large police presence surrounding her house Tuesday night until she got a call from one of the officers outside.

"We saw police vehicles around (the area) but never thinking we were the reason, that something was supposed to have happened at our house," she said.

The woman, who asked not to be identified, said "it's very scary. You're just shaking on the inside."

Two dozen Greenfield officers were sent to her home on West Main Street just before 7 p.m. after a call to 911 saying someone had been shot there, the house about to be set on fire.

But as police would learn an hour after closing nearby streets and taking to social media to warn residents to stay inside, it was all a hoax, known as "swatting." It's intended to draw a police response to someone's home when there is a no emergency there at all.

Greenfield Police Deputy Chief Matt Holland said they figured it out in this case when they "started researching the phone number and found oddities with it."

He said it pinged back to Florida. But they still had to secure the scene and make sure no one was in danger inside the house and that meant tracking down the homeowner's phone records.

The woman said when police called her, they were good about explaining what was going on "and keeping us calm."

She said she'd never heard of swatting before and kept wondering who was behind the prank and why.

"It's not funny and I suppose I'm a little big angry," she said. "I wonder whoever started this, are they sitting somewhere laughing and watching us having to cross the street with our hands up and knowing we're shaken and fearful?"

"We don't know what the motive is. It could be as simple as kids getting a thrill out of the prank or it could be an adult who has very problematic intentions," Holland said.

Many times the victims are random targets. Holland said whatever the motive, "it can be traumatizing" for those involved. "That's what upsets me the most, the innocent people who get pulled into the mix."

It's also a drain on police resources. Holland said Tuesday night's call-out will likely cost the city tens of thousands of dollars, given all the people who worked the scene, not to mention the efforts now underway to solve the case.

"It will take some time to investigate just because of the lone paper trail to be followed, such as getting subpoenas, search warrants...to get the information you need from companies and databases," he said. "But I want to make sure someone like this is held responsible."

So does the family on West Main Street.