One of the victims of a mass shooting over the weekend at an Indianapolis bar is sharing his story of survival with Eyewitness News. 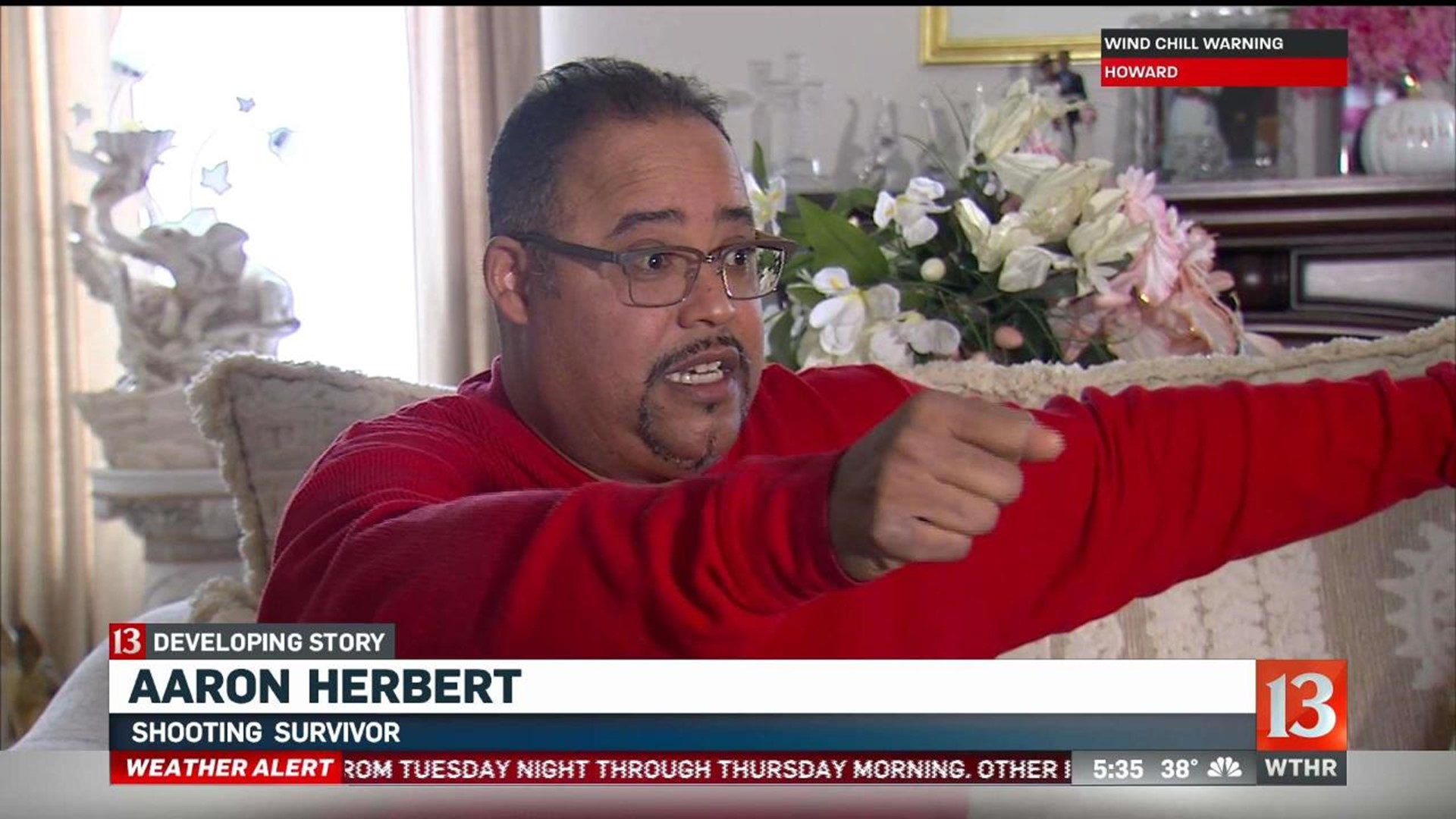 INDIANAPOLIS (WTHR) - One of the victims of a mass shooting over the weekend at an Indianapolis bar is sharing his story of survival with Eyewitness News.

The victim told Eyewitness News he never made it past the front door at the bar before the shooting started, with bullets flying right by him and one striking him. Five people were shot at the bar in the 2900 block of N. Sherman Drive early Saturday morning.

Aaron arrived at the bar around 2 a.m. Saturday where he went through security. That included a pat down, showing identification and actually signing in on a log sheet by name.

Herbert drives a semi for a living and had just got off the road to celebrate another driver's birthday with other truckers. He had already been in communication with his friends by CB radio who were also headed to Indianapolis from out of state. Aaron was carrying a load from Columbus, Ohio to Chicago.

He had no clue what had just went down 45 minutes earlier with the suspect. Herbert learned from people already at the bar about the suspect's actions inside the bar before he was kicked out by management.

“He was there earlier arguing with a female and security, they don't play that stuff there, you out,” he said.

Metro Police arrested 38-year-old Dejuan Brown who reportedly shot three men and two women in all. By Monday morning, two of the victims had been released from the hospital, which included Aaron. The semi driver told Eyewitness News he will never forget Brown’s eyes, despite his attempt to disguise himself during the alleged shooting.

“Eye-to-eye contact, yes sir, he had a bandana on like this," Aaron said as he used his hands to cover half of his face from the bridge of his nose downward.

Dejuan Brown has been in and out of jail 13 times since 2003. This is his 14th arrest. His past trouble is mostly for public intoxication, but also driving without a license, resisting law enforcement, plus dealing and possession of narcotic drugs.

Herbert shared that as Brown reportedly emptied his 9mm handgun, the alleged shooter had his hand on Aaron’s shoulder for leverage. After the handgun emptied of ammunition, Aaron realized Brown pointed the gun at his chest and tried to fire one more time.

Herbert also told Eyewitness News that witnesses told him the bar managers had Brown's ID information from when he signed in during his first visit to the bar.

Ironically, art on bar outside wall reads, "Stopping the violence starts with you," with a bottle labeled "Non-violence juice."

“It can happen anywhere. It happens in churches and all that. It's one of those things that the devil is busy," he said.

After surviving what happened at the bar, Aaron plans to attend every hearing of the suspect to let the courts know and police the impact the shooting has had on his life.

Brown is scheduled to attend an initial hearing January 29, 2019 at 1:30 p.m. at the City-County Building. Right now, he is being held at the Marion County Jail, facing five felony charges related to the shooting.