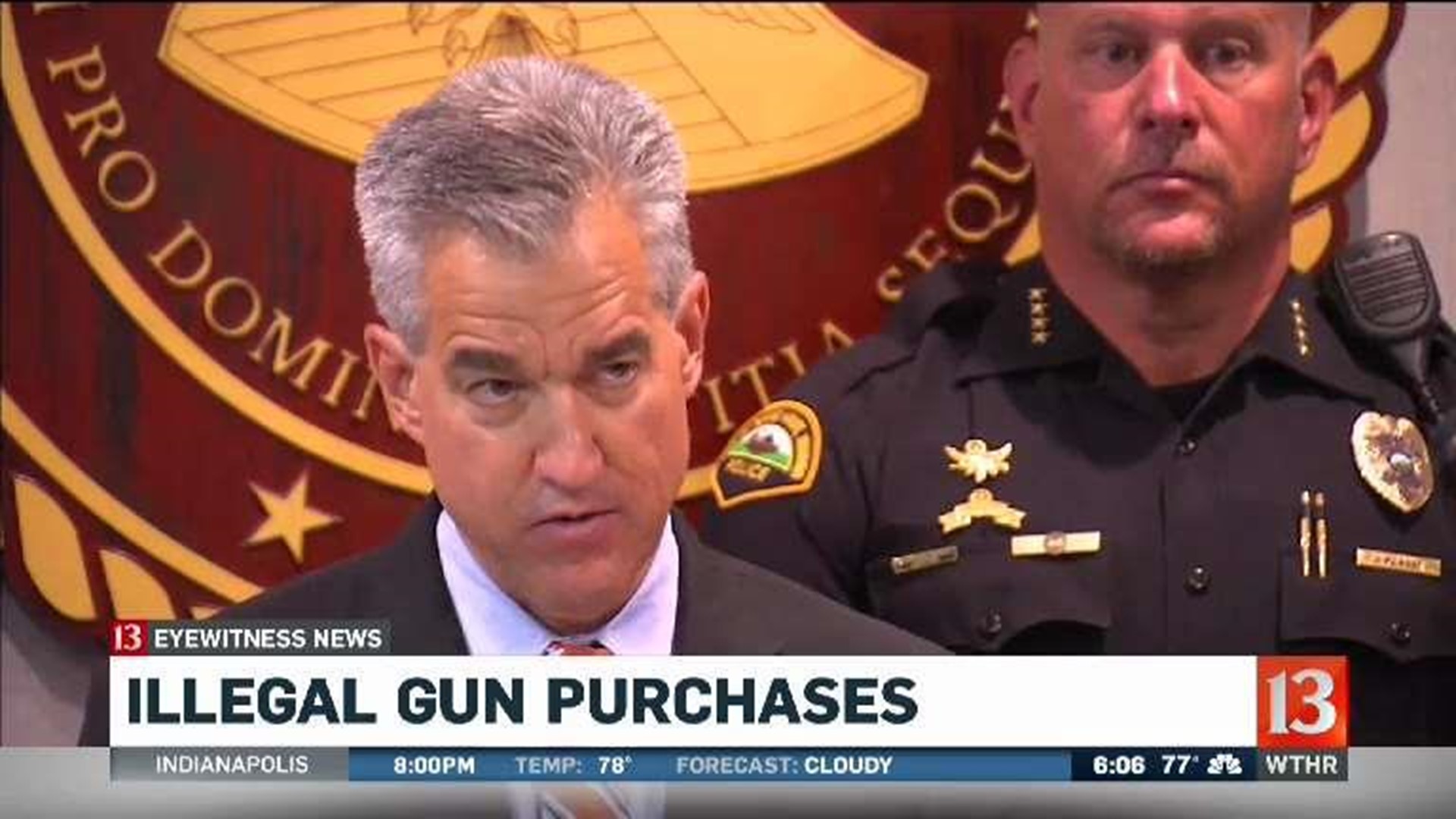 "When guns are purchased or possessed illegally, it is never for a good reason and the results are often tragic," said Minkler. "We all continue to mourn the loss of Deputy Pickett and Officer Pitts and law enforcement must hold all those who contributed to their senseless death accountable. Those who ‘lie and buy’ guns will be prosecuted in federal court."

US Attorney Josh Minkler announces criminal charges against 3 people for illegally purchasing and transferring of guns - guns which were used in the deaths of @boonecosheriff Deputy Pickett and @THPolice1 Officer Pitts. pic.twitter.com/XhsdbG93b8

Rochon, 29, faces eight federal charges for using a false address to purchase three guns. Minkler said one of those guns was a 9 mm handgun purchased at Indy Gun Bunker alleged to have been used in killing Boone County Deputy Jacob Pickett.

Dawn Rochon, 29 of Indianapolis faces 8 federal charges for using false address to purchase 3 guns. 1 of them was a 9 mm handgun purchased at Indy Gun Bunker alleged to have been used in killing Boone Co Deputy Jacob Pickett. pic.twitter.com/5InpXFqC3T

Dean is alleged to have purchased a 9-millimeter handgun from a gun store in Terre Haute. According to the indictment, she completed the required paperwork for the purchase, indicating the gun was for her, when in fact the gun was being purchased for Brenton because he was "too young to buy it." According to the criminal complaint, Dean and Brenton went to the gun store together to purchase the firearm and Brenton left the store with the gun in his possession.

Brenton is then accused of selling the gun for $350. That same gun was allegedly used in the killing of Officer Pitts.