A dump truck driver from Knightstown was arrested following a crash that killed two people in Avon Tuesday afternoon. 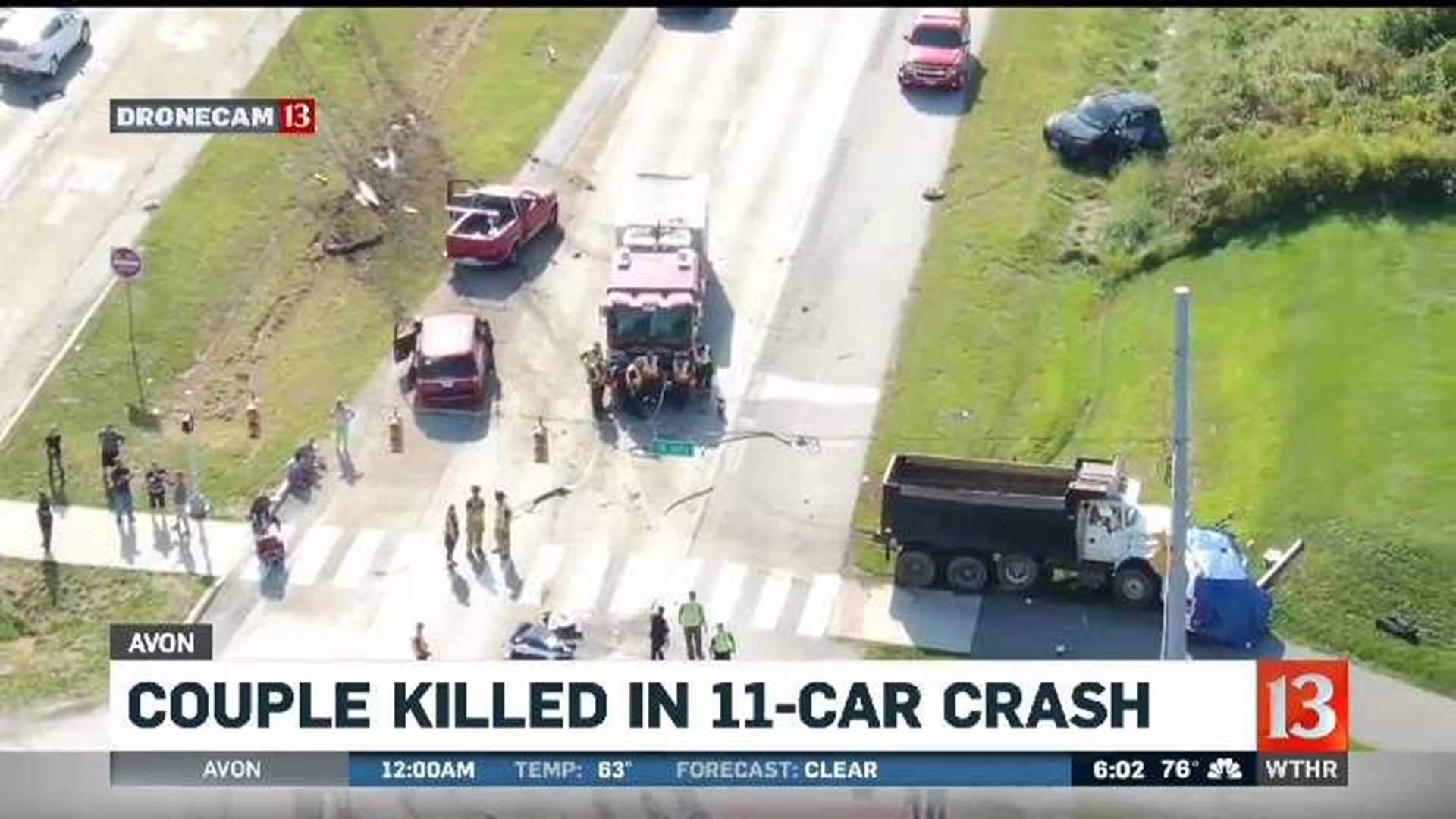 AVON, Ind. (WTHR) — Court documents are revealing what lead to the arrest of a dump truck driver involved in a deadly Avon crash on Tuesday.

Danny Williams, 62, drove erratically for several miles before the crash according to witnesses.

Court documents show Williams faced a sobriety test and police say he admitted to snorting heroin earlier in the day. Officers also observed a white powdery substance in his nose.

A police K-9 also indicated that there were drugs in the dump truck.

Williams is facing two counts of reckless homicide and one count of leaving the scene of an accident.

Gerald Legan and his wife Rhonda Legan, both 80 years old, were killed when the dump truck hit their car. A third victim, Sue Ann Beaudoin, 65, remains hospitalized at Eskenazi Hospital with serious injuries.

Sally Smith said she and her coworkers at American Family Insurance witnessed the crash. ​
​
"I started yelling and screaming call 911," said Smith.​
​
Smith says she saw the crash happen from her office window.​
​
"Just seeing the force of the dump truck and it barreling through, and the screeches and the impact, I mean it was just...it was horrible," said Smith.​

The accident at the intersection of US Hwy 36 and CR 625 East involved 11 vehicles, including an Avon school bus that did not have any kids on board and a dump truck that police think may be the cause of the crash.

"It's heartbreaking to see the situation that we saw take place yesterday and see a husband and wife lose their life same time here in one accident," said Avon Police Deputy Chief Brian Nugent.

The crash caused police to close US 36 for several hours Tuesday.

Court documents also show the same truck was believed to be involved in a hit and run accident at Dan Jones Road and US 36 about three hours earlier. In that case, the dump truck rear-ended a woman and then left.

The DOT number on the side of the truck and name of the company on the truck both matched the one Williams was in at the time of the fatal crash.