Police say it's an opportunity to remind people to lock their vehicles. 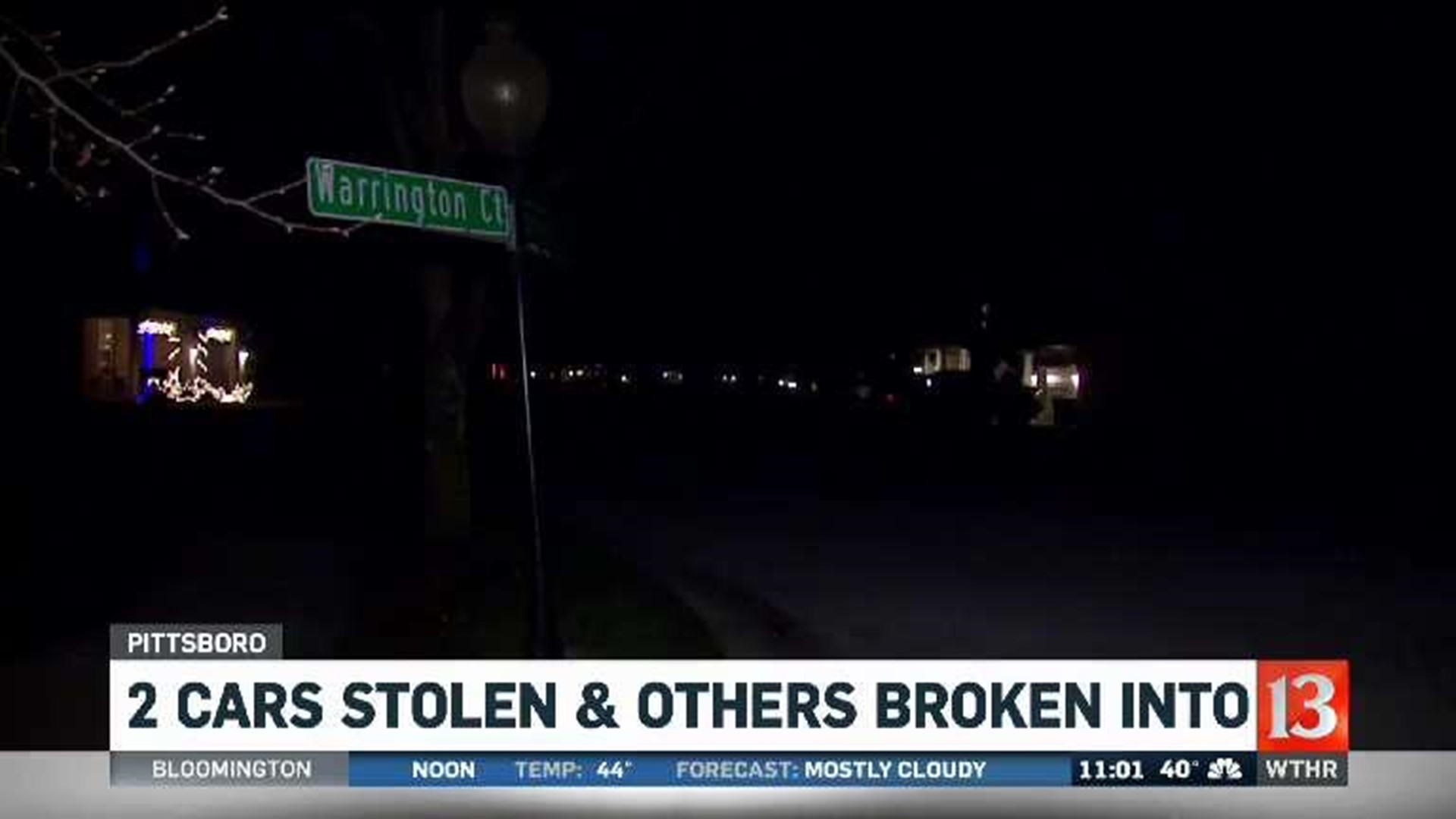 PITTSBORO, Ind. (WTHR) - Police are seeking help to find the people responsible for stealing two cars and breaking into several others recently.

Residents of the Ashton Park subdivision are being asked to check their security camera video from Wednesday night into Thursday morning. Police hope those cameras captured something that can help in their investigation.

Neighbors say it's usually a quiet subdivision, not known for police calls. But on Thursday, officers alerted residents of the crimes under investigation.

"I can't imagine having that happen," said Gabe Lindener, who lives in the neighborhood. "I guess we're lucky we didn't have it happen to us, but we'll be extra precautious now."

Investigators say there's even more reason to be on the lookout: some of the cars had items taken from them.

"We park our cars inside and a couple do park outside, just because we don't have the room in the garage for them, so it's concerning," Lindener said.

Concerning enough that neighbors say they'll be on the lookout now, even in a place where they typically don't experience this sort of thing.

"This has always been a neighborhood that I felt safe in," said Lindener.

Police say it's an opportunity to remind people to lock their vehicles and not leave anything valuable inside.