There was a warrant out for the arrest of an accused hit-and-run driver in the country illegally. 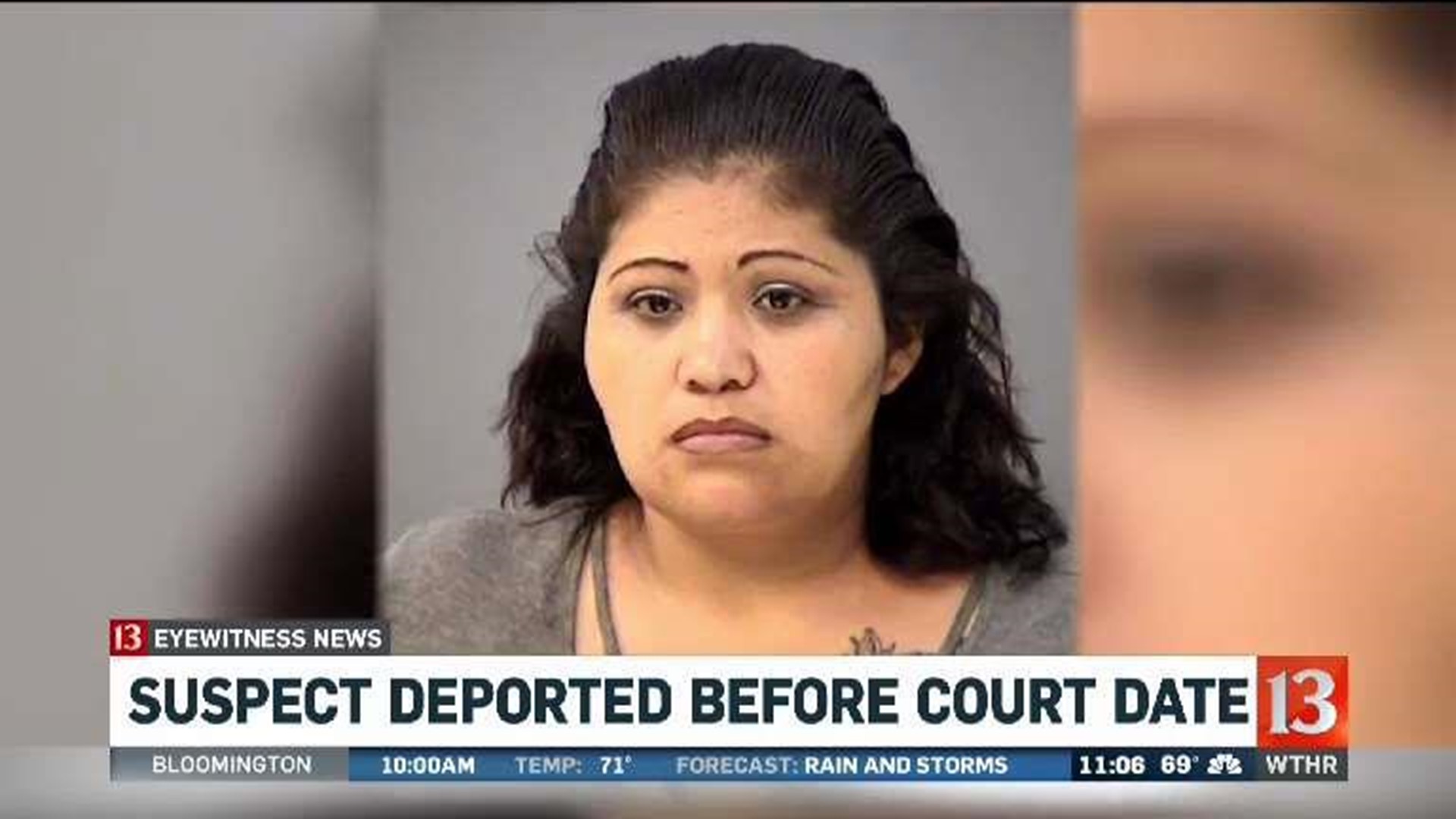 INDIANAPOLIS (WTHR) — We now know what happened to a hit and run suspect who didn’t show up for her court date this week.

According to Immigration and Customs Enforcement, Juana Loa-Nunez was deported last month.

Loa-Nunez was in the country illegally when she allegedly hit a daycare teacher back in May.

She was arrested but was released on bond.

That release created controversy and finger-pointing between the Marion County Sheriff and ICE.

Why or how the pending charges for Loa-Nunez weren’t flagged when she went before an immigration judge is unclear.

Loa-Nunez told police that Jessica Parks "crossed out of nowhere."

She admitted to not getting out of the car to help the teacher despite seeing her down on the ground.

IMPD caught up with Loa-Nunez nearby after witnesses boxed in her car to stop her from escaping.

"It pretty much leaves me without justice," said Parks, 27. a day after learning Loa-Nunez won't be facing trial for it any time soon.

That's because ICE deported Loa-Nunez, 36, an undocumented immigrant from Mexico, in mid-July.

ICE issued a statement confirming the order, saying they returned Loa-Nunez to Mexico after an immigration judge ordered her voluntary departure on July 6th.

"I believe they should have kept her here at least until after the trial to see what the next step was going to be," said Parks.

Parks said her next steps since the crash have been slow-going.

"I don't remember getting hit. I do remember laying on the sidewalk, trying to figure out what happened," she said. "Some days it's hard to walk. Some days I'm just in a lot of pain. I have to go to therapy. I have to walk things out."

"I just want her to know that she caused me a lot of trauma, but just know, I still forgive her," she added of Loa-Nunez.

It's a message Parks isn't even sure the suspect will ever hear.

"I feel the court system, ICE, as well as the judicial system, I feel like they failed in doing what they were supposed to do at the end of the day," said Parks.

According to the Marion County prosecutor's office, they filed a motion to revoke the suspect's bond while she was in federal custody, the same day she was deported to Mexico.

"It doesn't matter, documented, undocumented. At the end of the day, I was a victim, I got hit and I wanted to re-adjust to life.