Investigators determined the victim had never had a child. 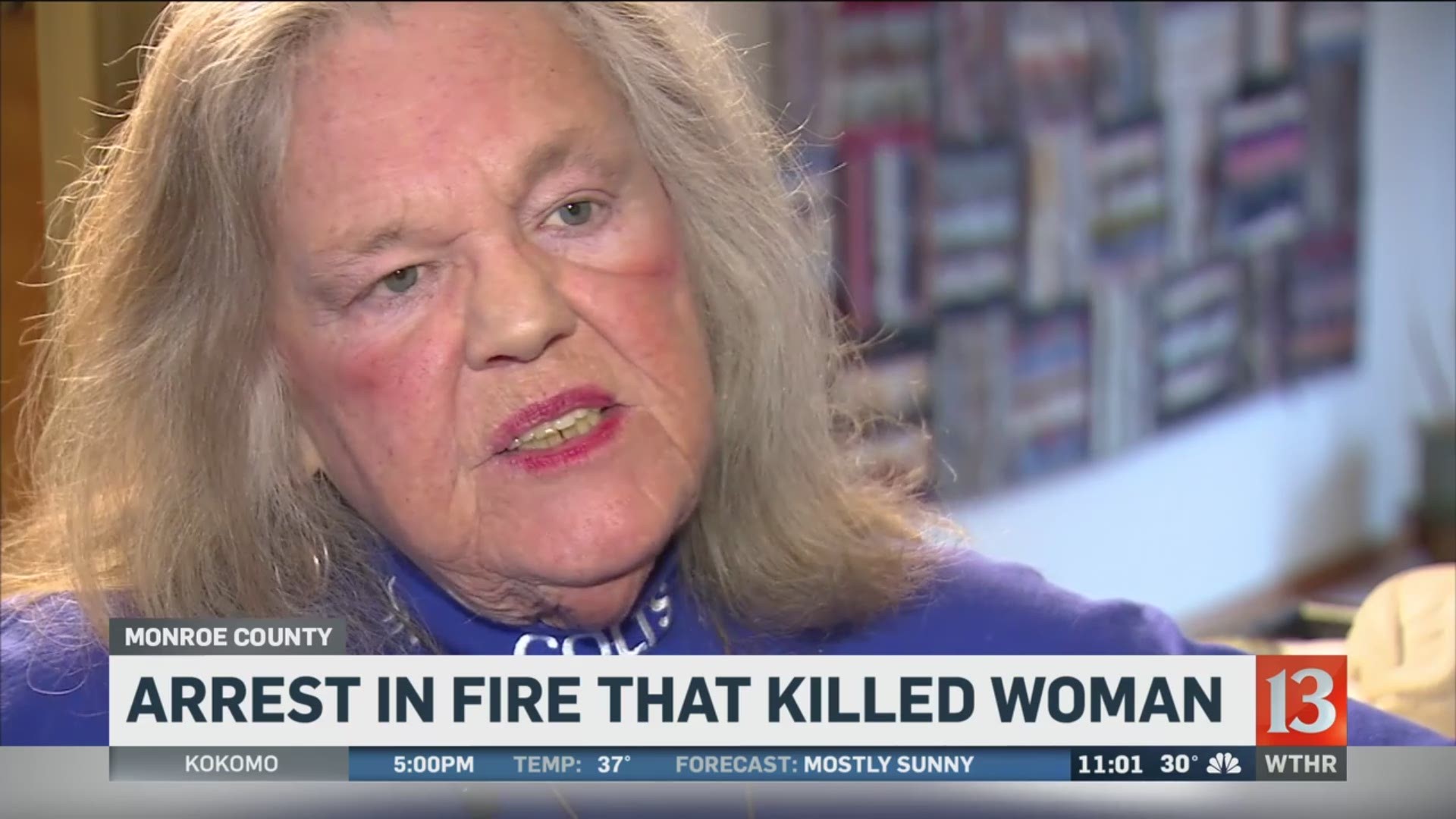 BLOOMINGTON, Ind. (WTHR) - Friends of a woman killed in a Monroe County arson said they didn’t know until recently that she had returned to Bloomington.

They also learned she was allegedly being manipulated by man who claimed to be her child.

Now they want to see the suspect extradited from California where he was arrested on Thursday.

The fire happened February 10, 2018. Some neighbors thought there was something strange going on there. Now they know more.

“It was very intense,” said Lisa Tate, the victim’s neighbor. “You could see it for quite a ways.”

Police said a man was standing outside, telling firefighters he was Giovanni Bush, and that his 85-year-old mother was dead inside. Police say he claimed he had tried to rescue the woman but couldn’t get her out.

Police now say say a lot of what he said that day wasn’t true.

They also learned victim Lerae Bush never had a child.

“What he did to a woman that I happened to know was beyond belief,” said Evelyn Powers, a friend of Bush.

Powers hopes for justice and said she’s glad to see the murder, arson and neglect charges filed against Cazares. She praised police, prosecutors and the coroner for their hard work.

“(Bush) was aristocratic and eccentric,” said Powers. “She talked a mile a minute.”

She said Bush, an educator, moved to Indiana from California in 1987. She was deep into Bloomington arts. Her parents were artists.

She left Bloomington for California in 2012 where she apparently met the suspect.

Police say Lerae Bush lived with dementia and Alzheimer’s. On one occasion in 2017, she went missing. There was a silver alert and she was eventually found.

Bush recently ended up back in Bloomington with the suspect in that converted garage she owned with no utilities, according to police. The suspect was allegedly tapping into her finances.

Powers said Bush died in a place she saw as an artist's studio.

She said investigators were able to find a family member in Texas will see to it that Bush’s remains are laid to rest with her mother’s.

“It’s so sad,” Tate said. “It just breaks my heart that somebody could even do that.”