Police say an arrest has been made in connection to the death of a mail carrier who was shot on the east side of Indianapolis Monday afternoon. 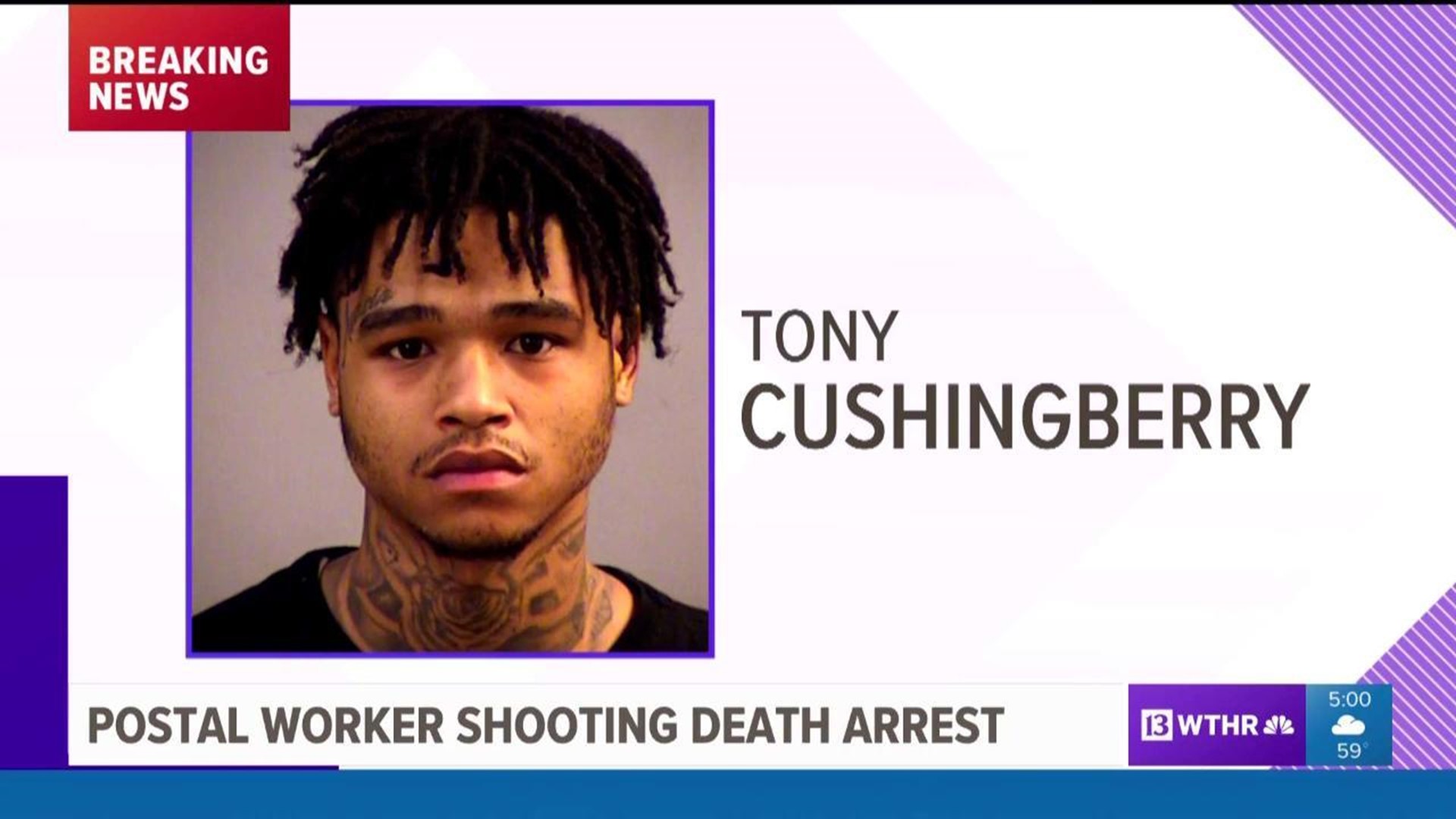 INDIANAPOLIS (WTHR) — Police say an arrest has been made in connection to the death of a mail carrier who was shot on the east side of Indianapolis Monday afternoon.

Tony Cushingberry-Mays, 21, has charges pending in the killing.

"I heard the gunshots," said a woman who lives in the 400 block of North Denny Street. "Probably seven, eight, 10, maybe. It sounded like a lot."

When the woman stepped out of her home Monday afternoon, she saw police tape and a crime scene.

"I saw someone on the stretcher, getting taken away into the ambulance," she said.

That person turned out to be Summers.

"She's nice, sweet. She talks every time she comes around," the woman said of Summers, who she sees delivering mail every day in the neighborhood. "That's really sad. I hope she's perfectly fine because she was really sweet."

Police said Summers was talking when she left the scene, but later died at a local hospital.

Police haven't offered a motive for the shooting, but say they believe it's an isolated incident.

The Denny Street resident said the shooting doesn’t surprise her.

"I stay in the house and stay to myself, but there"s always gunshots, probably every two to three days," she said.

It would seem even the COVID-19 crisis has done nothing to stop that from happening.

"I'm staying in. So much for the quarantine. They’re not," the woman said of the suspects.

A GoFundMe has been created to help with funeral expenses for Summers.